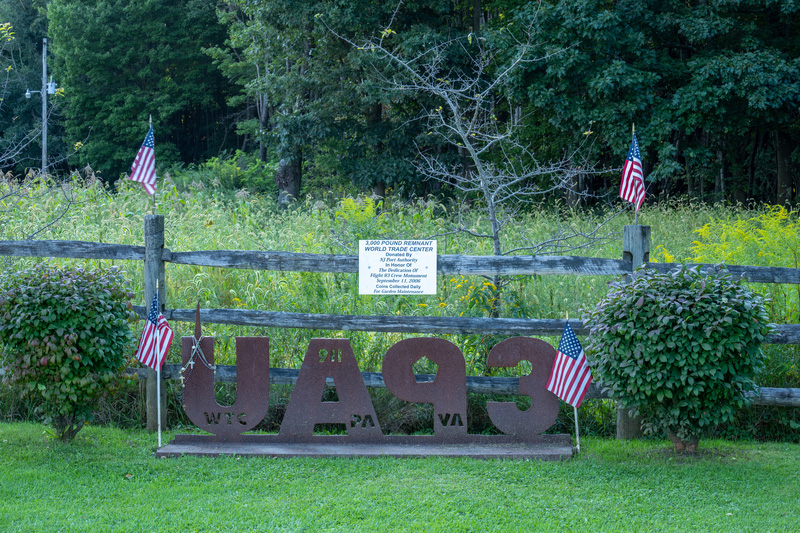 In Stonycreek Township, Somerset County, Pennsylvania stood a building complex with a line of white marble walls, known as the Wall of Names, that hold 40 names on their surfaces. They are the people who boarded United Airlines Flight 93 on September 11th, 2001.

Flight 93 was a domestic, daily scheduled passenger flight from Newark International Airport in New Jersey to San Francisco International Airport in California. This flight was supposed to land in sunny California a few hours later, just like it had been doing for days and days, but on September 11th, 2001, it ended in a field near Stonycreek Township, Pennsylvania, about 65 miles from Pittsburgh and 130 miles from Washington D.C.

All four hijacks happening on September 11th took place in a succession so quick that although Flight 11 and Flight 175 were hijacked chronologically before Flight 93’s hijack, air controls officials did not have enough time for Flight 93’s two pilots, Captain Jason Dahl and First Officer LeRoy Homer Jr., to fully prepare for more possible cockpit intrusions and the news that a terrorist scheme that would change United States was uncovering over the sky of the East Coast.

46 minutes after Flight 93’s take off from Newark International Airport, four Muslim extremist hijackers stormed the cockpit. While Captain Dahl was requesting air traffic control to confirm the message of possible cockpit intrusion, Dahl and First Officer Homer still maintained communication with air control. This decision allowed voices in the cockpit during the hijack to be recorded.

The hijackers were led by Ziad Jarrah. He was born in Lebanon and received university education in aeronautical engineering in Germany and further pilot training in the United States. Among the four hijackers, Jarrah was the one who piloted Flight 93. At 9:39 am, two minutes after Flight 77 crashed into the Pentagon, Jarrah made the announcement to passengers and remaining crew on Flight 93: “Ah, here’s the captain: I would like you all to remain seated. We have a bomb aboard, and we are going back to the airport, and we have our demands. So please remain quiet.” according to air communication recordings.

According to air communication recordings, when the four hijackers were in the cockpit, Captain Dahl and First Officer Homer had tried to interrupt the hijackers’ intentions through disrupting the aircraft’s autopilot system. What exactly happened in the cockpit of Flight 93 in 9 am in the morning of September 11th is impossible to know now, but the two pilots’ heroism struggle had deterred terrorist route to its possible targets, which was alleged to be either the U.S. Capitol Building or the White House.

The Passengers Fought Back

Hijacker Ziad Jarrah ordered all the passengers and flight attendants to congregate at the tail end of the aircraft while he and his accomplices occupied the cockpit. During the flight, the passengers started to receive the news of the crashes at the World Trade Center through their phones.

Tom Burnett was among the passengers. He was, at the time, the Chief Operating Officer of Thoratec Corporation. Burnett made multiple phone calls to his wife, Deena, at around 9:30 am. It was through her that Tom Burnett received the news of the other attacks. According to phone call recordings, Tom Burnett said to Deena that the hijackers were “talking about crashing this plane… Oh my God. It’s a suicide mission.”

Trapped in an aircraft with the destination unknown, the passengers of Flight 93 chose to take their fate into their own hands. Tom Burnett ended his call to his wife with the statement “don’t worry, we’re going to do something.” according to the transcript provided by Tom Burnett Family Foundation.

According to Flight 93’s cockpit voice recorder, sounds of crashing, shattering, and struggling came from the outside of the cockpit. The passengers attacked the hijacker on guard outside the cockpit. The people on the flight decided to take things into their own hands.

The passengers tried to force their way into the cockpit to retake the plane near 10:00 am. Jarrah, who was flying the aircraft, pitched the aircraft up and down to disrupt the passengers’ attempt at forcing open the cockpit’s door. There are discussions between the official investigation and family members of the victims who listened to voice recordings about whether the passengers had breached the cockpit or not. However, nothing can mask the resounding voice of a passenger shouting “in the cockpit! If we don’t, we’ll die!”

While passengers were forcing their way into the cockpit, Jarrah stopped maneuvering the aircraft violently. He asked another hijacker “is that it? I mean, shall we put it down?” The other hijacker replied “yes, put it in it, and pull it down.”

Less than five minutes later, Flight 93 crashed in a field near a coal mine in Stonycreek Township, Somerset County at a speed of 563 miles per hour.

Flight 93’s cockpit voice recording is the most valuable source of study for what happened during that flight. The voices of Captain Dahl, First Officer Homer, and the rest 38 passengers and flight attendants will forever echo above the sky of America.

The 40 souls on the flight sacrificed their lives for the control of their aircraft, and their lives. Their heroic deed prevented further loss of lives during the morning of September 11th, 2001.

On September 11th, 2001, Al-Qaeda mastered a plan of ten suicide aircraft weapons, but they only got hold of four. Flight 93 made it the only aircraft that missed the target.