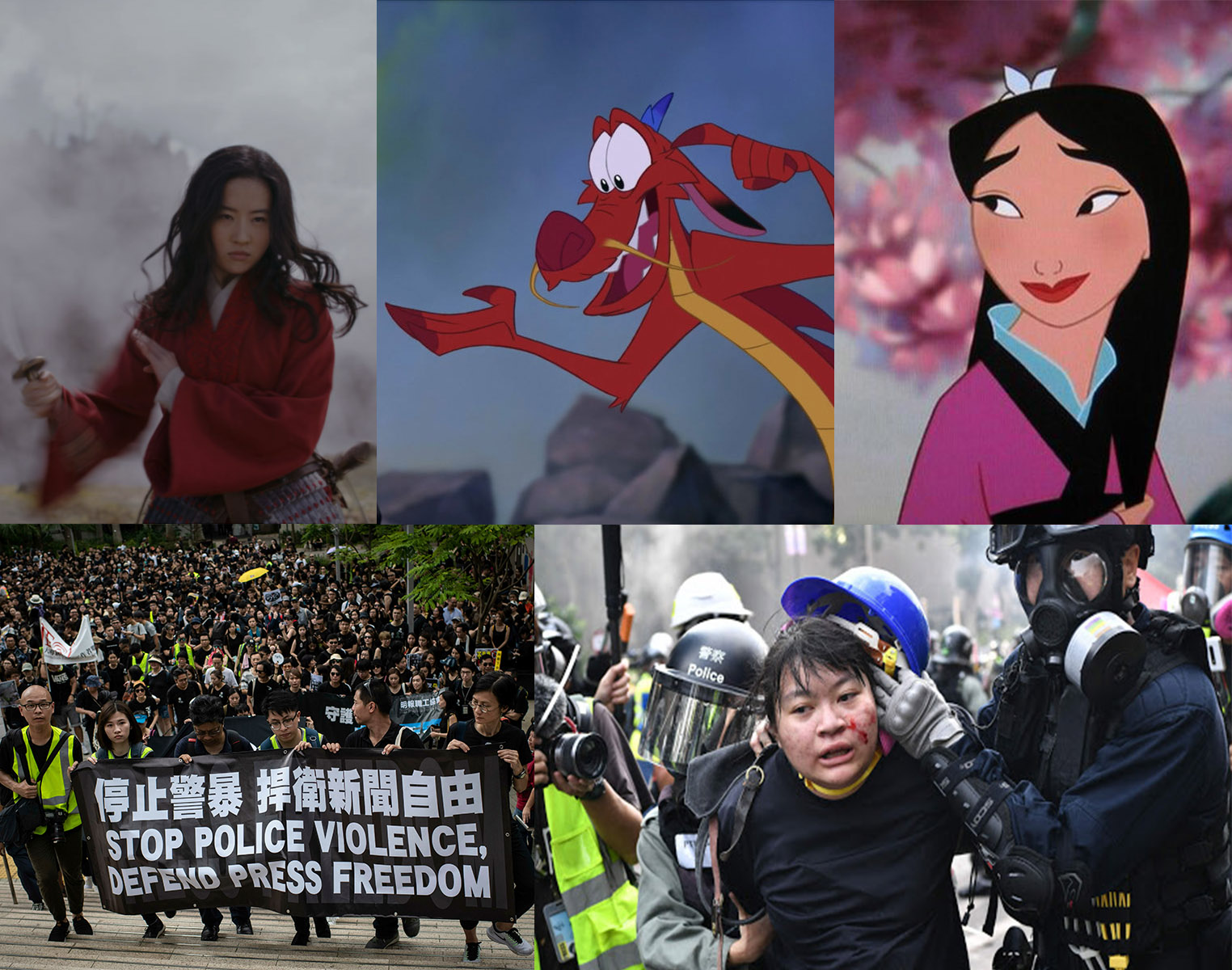 It may have been a great time to release Disney’s new action movie, Mulan—a live remake of the animation—if it wasn’t for Hong Kong’s turbulence or the  Chinese Communist Party’s (CCP) hiding of its Wuhan virus.

While most of Americans are on lockdown in their homes, Disney is planning its release of Mulan. Beginning Sept 4 on Disney +, the movie sells for $29.99 to its 60 million subscribers. The news sent Disney’s stock up 10%.

The upcoming Mulan was sure to become a hit and supposedly a great investment for Disney—but all may have changed with one Weibo post from its leading actress last summer.

PRC-grown Liu Yifei (Crystal Liu), who plays the character Mulan in Disney’s new movie, declared her support for Hong Kong’s police/Communist China on August 14 after the brutal crackdown in Hong Kong Airport during the country’s three-month long protest in 2019. Hong Kong’s police officers have faced international criticism for violence against the protesters when Liu Yifei made her stand with Communist China.

“I support the Hong Kong police. You can all beat me now. What a shame for Hong Kong.” Liu Yifei posted on China’s highly censored social media platform, Weibo in August 2019.

With such heartlessness, the actress is a far cry from the traditional Chinese Mulan—the legendary noble lady that is beloved by people of all ages. The comment truthfully reveals the actress who is uprooted from the very traditions she is supposedly about to present to the world. Her devotion to the communist struggle ideology over the very liberties she enjoys as a naturalized citizen of America has shocked the international community, who have criticized her across Twitter, Facebook and other social media under #boycottmulan.

Perhaps we can’t fully blame Disney for picking a PRC actress to star in its 2020 summer movie, but it does make you question whether they’ve really put their mind into bringing the character Mulan to life, or whether it’s just a financially driven decision.

The truth is that the current generation of mainland Chinese are living in a cultural vacuum; most of them actually have no idea about their own 5,000 years of history, their ancestors, traditional culture, or even awareness about basic human values and freedom that are commonplace in a free country.   China’s school textbooks under CCP rule contain not an iota of the country’s magnificent 5,000-year-old semi-divine culture, philosophy and lifestyle, as true history has been distorted with communist Party propaganda, hetaerism and revolutionary ideas. Communist brainwashing from a young age has reared several generations of atheists whose actions are extreme, and led by money and endless desires—whether they’re at home or abroad.

Disney has taken a battering over the years for distorting historical figures beyond recognition. With their 1998 animation of Mulan, they at least put in some effort to make the character determined, fun and loving, and conveyed the message of good prevailing over evil.

We must remember that the majority of well-loved movies don’t depend on a pretty face, but on the character’s personality and social conduct. The real Mulan was such a perfect figure in traditional Chinese culture. She was a gentle and respectful daughter, who was grateful for her parent’s love—while on the flip-side, a loyal warrior and noble general; full of strength and determination.

Mulan fought for twelve years and gained high merit but turned down any reward and quietly retired to her hometown after her magnificent sacrifice for her country and people. Her story has been passed down through the generations and her character revered by all Chinese—whether in the mainland, Hong Kong, Taiwan or Malaysia—and increasingly, by people throughout the world.

Mulan’s journey of sacrifice rings true especially among the people of Hong Kong. They are currently risking everything to defend their land and freedom, and are exposing themselves to the biggest tyrant in the world, the Chinese communist party.

Unlike Hollywood’s surprising hit, Crouching the Tiger, Hidden Dragon, which was a fictional story, Mulan is a historical character that has already made a long-lasting impression on people’s hearts. How could a live-action remake of such a figure as Mulan not be taken seriously and the acting crew chosen with wisdom?

Picking an actress who not only bears no resemblance to Mulan in her character, but who actively represents the opposite of dignity and righteousness may turn out to be one of Disney’s largest mistakes.