In the heart of Sweden, midway between Gothenburg and Stockholm, lies the forest kingdom Tiveden. Tiveden forms a kind of biological border between north and south. In this area you will find flora and fauna that belong to both parts of Sweden. You are greeted by giant boulders, old pines, softest mosses, clear lakes, caves and breathtaking views. Here, the forest has had to grow for a long time without any human impact. The ancient mosey forest with its giant boulders gives off an air of a fairytale and enchance the atmosphere of pure nature.

To this day the forest has a reputation for being especially dangerous and wild with its challenging landscape. Outlaws have sought refuge in these areas in bygone days, as one could easily hide there.

Other human activities that are known to have occurred in the forest, due to remains, are burn-beating, charcoal-making and logging.

The pine trees are often close to 200 years old and sometimes 300 years old, despite the fact that some of them may look small and thin. The barren environment causes them to grow slowly. On rocky ground reindeer lichen and various mosses predominate. The field layer is rather sparse. Where there is a little soil in which to grow, shrubs such as lingonberry and heather take root. On the trunks of older pines and deciduous trees, there also are many rare mosses, lichens and fungi.

Wildlife birds that give the forest its character is the crane, capercaillie, raven and a number of different species of woodpeckers and owls.

Families of moose and deer are scattered throughout the area. Foxes, badgers, martens and squirrels are also present. It can happen that you see traces of lynx, wolf, bear and wolverine. 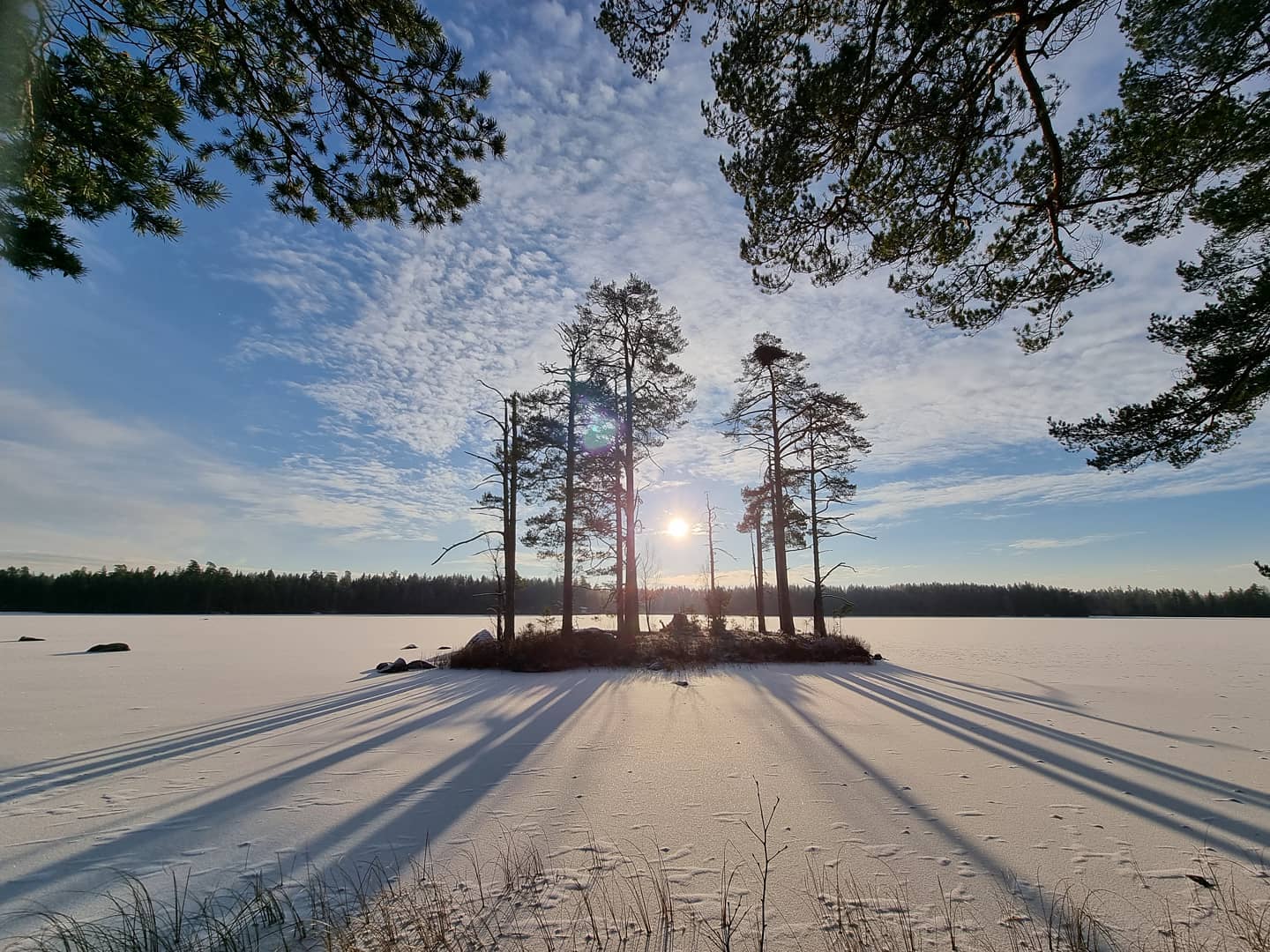 History and living myths in Tiveden

Human beings in all cultures have pondered over the existential questions; from where do I come, where am I going, what do I do here, what is my role? Our history gives some hints of from where we come and who we are. Forests are perfect places to explore these very important questions. In the natural environment you can relax and just let the pure nature into your heart, it really helps you to get in contact with your true self.

In the past, people believed that nature was full of energies of different kinds. Nature with its fairies, trolls and talking trees was once considered charged with sorcery. Nature was considered supernatural. Its phenomena were interpreted as signs, omen and symbols. Some trees, plants and were believed to bring luck, while others did not. The forest can be dangerous but at the same time very relaxing, a combination that makes it a natural environment for adventures of various kinds. Medieval, courtly literature is full of stories about knights who for a time hide in the forest to later return to civilization with new insights and new values.

In earlier history; we know that the forest was the site of worshipping grounds and sacrificial sites. Among the several caves in the park, one of the best known is Stenkälla, which was an old sacrificial site during prominent pagan times. 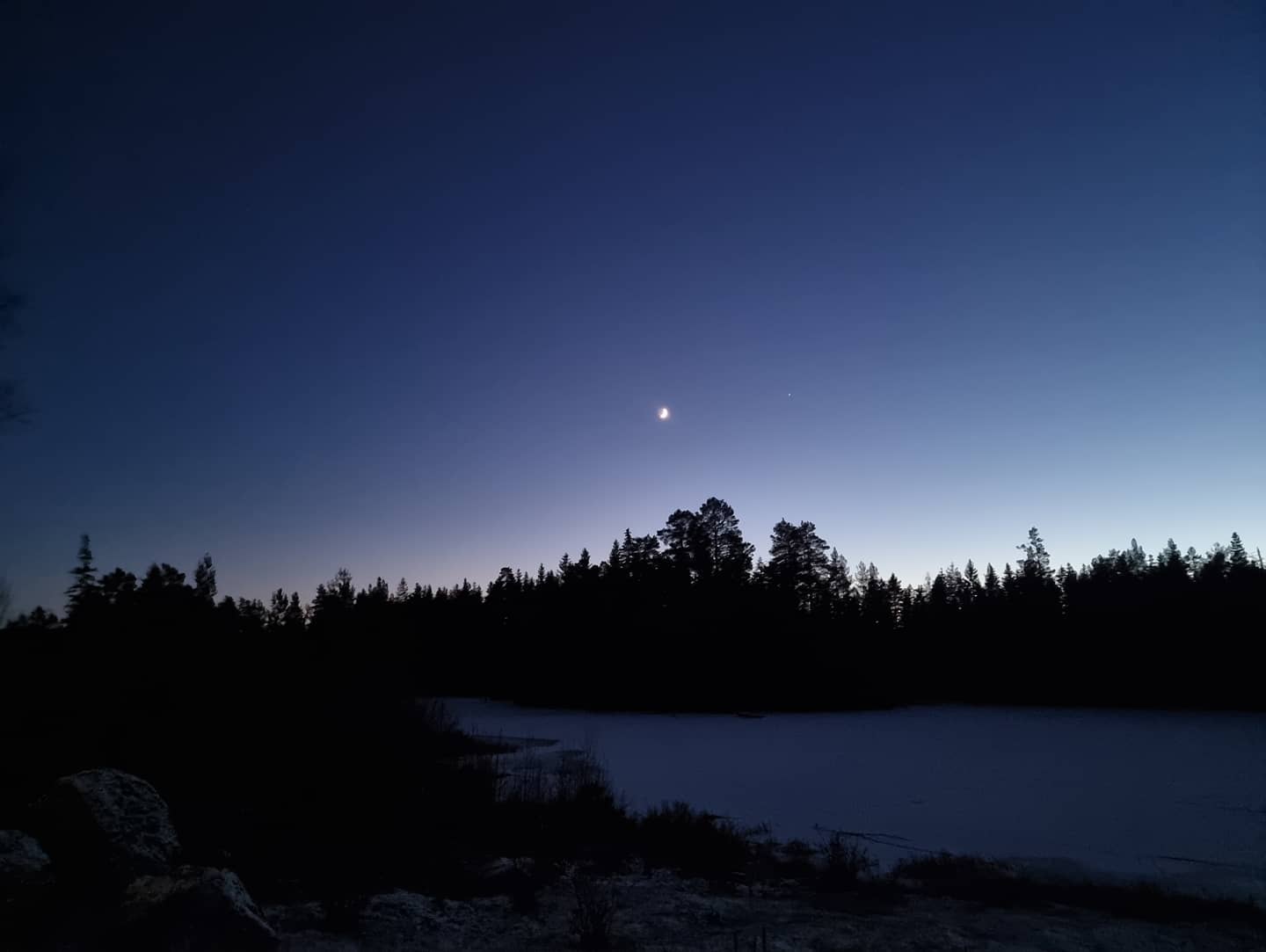 Animism is a particular sensibility and way of relating to various beings in the world. Animism existed for long parallel with, or combined with Christianity. An animist believes everything is alive and have a consciousness. A consciousness that people can communicate with and also relate to. All animals and plants, and also the air, the water and the earth are conscious.

Sacred sites were places with special energies and where people could get in contact with their forefathers and other dimensions. There still exist sites that were regarded sacred during the pre-christian time. With the immigration of Swidden Finns most likely new sacred sites and places with special forces came into use.

The name Tiveden means the wood of the old Nordic god Tyr. Tyr (Tiw or Tiu), is one of the oldest Nordic gods. He was the god concerned with the formalities of war—especially treaties—and also, appropriately, Justice. Tyr was contemporary with Oden and Tor and he was the spiritual warrior and also berserk.

Tiveden forests and wilderness areas are famous for its secrets and legends. There is a strong and vibrant storytelling tradition. With these heavy forest and wild nature – among giant boulders and deep fault lines – could supernatural beings be living here? Not so long ago there were people who were convinced, that they had seen both forest ladies, mermaids and goblins in Tiveden…