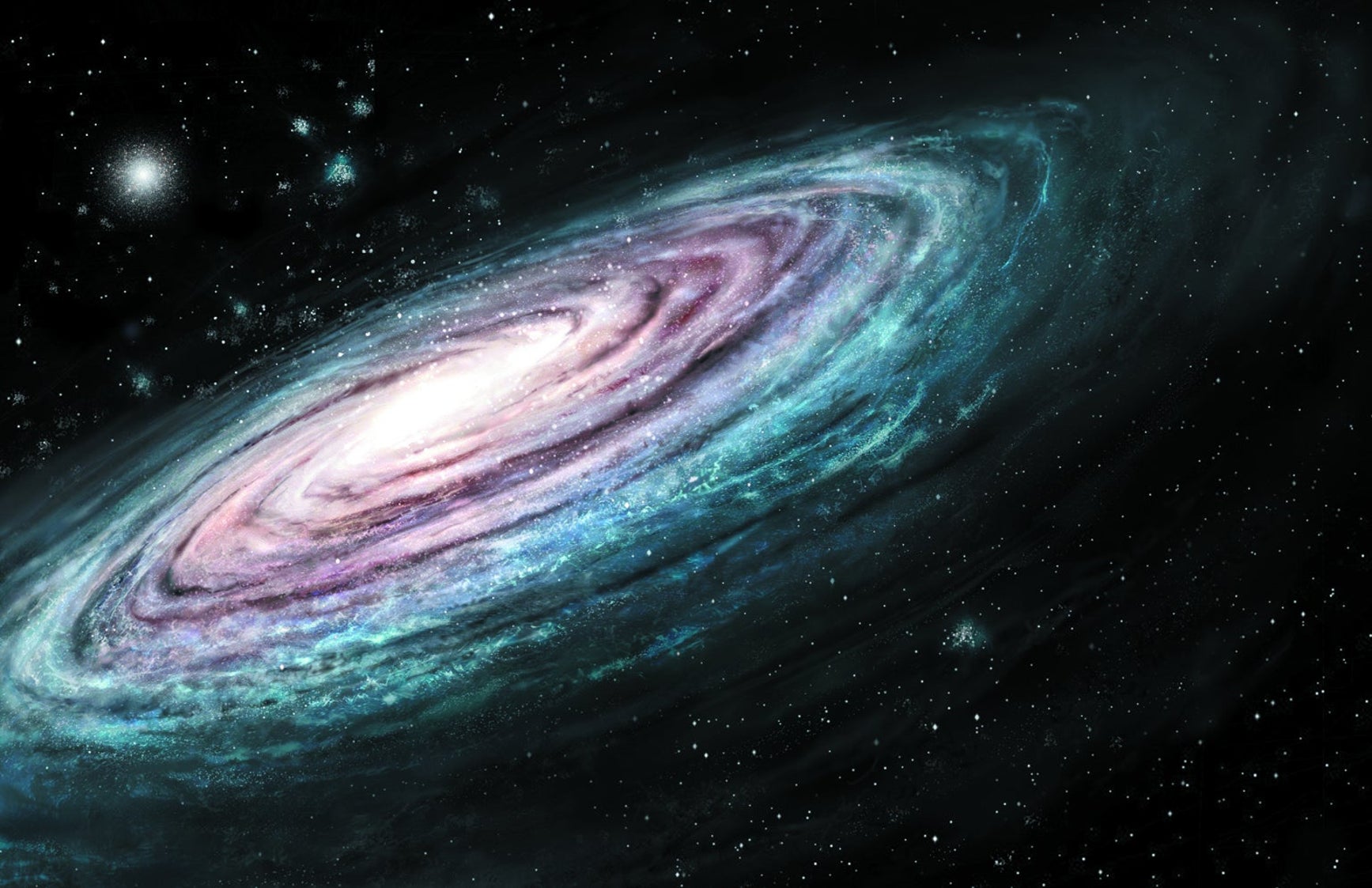 Hundreds of years ago explorers sailed across oceans and traversed uncharted continents to map Earth, and in the past half a century space probes have photographed most of our solar system. Yet as well as we have come to know our astronomical backyard, our image of the larger neighborhood—our Milky Way galaxy—is blurry. The reason is obvious: we cannot get outside it to take a peek. Imagine sending a spacecraft on a multimillion-year journey to go beyond our galaxy, look back and snap a picture: clearly impractical. We are left with many open questions about our cosmic home, such as how many spiral arms the galaxy has, whether the large structure closest to the sun counts as an arm and where in the galaxy our solar system lies.

Recent efforts, however, have begun to map the Milky Way from the inside out, allowing us to assemble an accurate snapshot of its structure for the first time. This emerging vista is the result of several large projects involving advanced radio and optical telescopes, including our program, the Bar and Spiral Structure Legacy (BeSSeL) Survey. For this effort, we were granted an unprecedented amount of observing time—5,000 hours—on the Very Long Baseline Array, a system operated by the National Radio Astronomy Observatory and funded by the National Science Foundation.

Our initial results offer a new and improved view of the Milky Way. In addition to gaining a better understanding of what the Milky Way looks like, we are starting to clarify why galaxies such as ours exhibit spiral structure and how our astronomical home fits into the universe as a whole.

In the early 1800s William Parsons, the third Earl of Rosse, built a 72-inch telescope—huge for its time. He observed and drew what we now call the Whirlpool Galaxy, which clearly had a spiral pattern. Without knowledge about how far away it was or about the scale of the Milky Way, however, it was unclear whether the Whirlpool was a small structure inside our galaxy or a large nebula similar to it. Debate on these points continued into the early 1900s, until Edwin Hubble, using a technique developed by Henrietta Leavitt to measure the distance to bright stars, showed that the Whirlpool and similar spirals were far outside the Milky Way. This revelation upended the notion that the Milky Way might encompass the entire universe.

Astronomers figured out that we live in a spiral galaxy by measuring the motions of gas throughout the disk—the large, pancake-shaped region that makes up the main body of the Milky Way. Spirals, along with rounded ellipticals, are common types of galaxies. The nearby spirals NGC 1300 and Messier 101 (M101) provide good examples of how the Milky Way might look from afar. NGC 1300 has a bright, linear structure in its center, which astronomers call a bar, and two bluish spiral arms that start at the ends of the bar and wend slowly outward as they encircle it. Bars are seen in the majority of spiral galaxies and are thought to form from gravitational instabilities in a galaxy’s dense disk. In turn, the stirring action of the rotating central bar may give rise to spiral arms. (Other processes—such as instabilities associated with large mass concentrations inside a disk or gravitational perturbations from nearby galaxies—can also lead to arms.) Spiral arms tend to glow in blue light, which comes from gigantic stellar nurseries where massive stars are forming. M101, the other potential Milky Way match, is known as the Pinwheel Galaxy; although it lacks the bright bar of NGC 1300, it boasts more spiral arms.

Like the Milky Way, the nearby galaxy NGC 1300 is a barred spiral of stars stretching across more than 100,000 light-years. But our celestial neighbor is not an exact mirror image: studies indicate the Milky Way has four major spiral arms rather than two. Credit: NASA, ESA and Hubble Heritage Team (STScI/AURA)

Astronomers have long thought that the Milky Way has characteristics of both these galaxies. It probably has a significant bar as seen in NGC 1300, as well as multiple spiral arms as in M101. Beyond these basic conclusions there is considerable debate. Infrared observations made more than a decade ago with the Spitzer Space Telescope have suggested that the galaxy might have only two spiral arms. But radio-wavelength observations of atomic hydrogen and carbon monoxide, which are concentrated in the spiral arms of other galaxies, indicate that the Milky Way has four arms. Additionally, astronomers have debated how far the sun is from the center of the galaxy and how high it sits above the Milky Way’s midplane—the central plane of the disk.

Nearly 70 years ago scientists calculated the distances to some nearby luminous blue stars. Plotting these points on a map revealed segments of three nearby spiral arms, which we call the Sagittarius, Local and Perseus arms. Around the same time, starting in the 1950s, radio astronomers observed atomic hydrogen gas, which releases a telltale light signature at a wavelength of 21 centimeters. When this gas is moving relative to Earth, the frequency of this atomic hydrogen signature shifts because of the Doppler phenomenon, allowing astronomers to measure the velocity of the gas to provide clues to its location in the galaxy. Using such measurements, galactic cartographers employ a convenient coordinate system for our Milky Way as viewed from the sun: by analogy to Earth’s longitude and latitude, galactic longitude (l) is zero toward the galactic center and increases along the “equatorial” plane of the Milky Way as viewed from the Northern Hemisphere; galactic latitude (b) denotes the angle perpendicular to the plane. So-called longitude-velocity plots of 21-centimeter light signatures from hydrogen gas (and later from carbon monoxide) revealed continuous arcs of emission that very likely trace spiral arms. This mapping method, however, is plagued by ambiguities and lacks the accuracy necessary to clearly reveal the galaxy’s spiral structure.