Home News Commentary Amidst The Ukraine Crisis, The World Holds Its Breath For Leaders To... 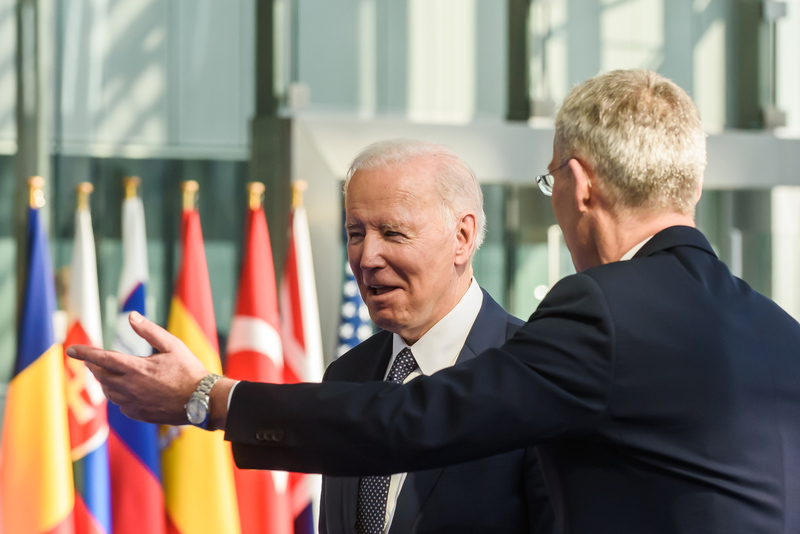 With the NATO and EU summits taking place this week, there is an urgent need for strong leadership to solve the Ukraine crisis and bring peace to the world. However, despite Biden’s promise of unity, cracks are beginning to appear.

Ukraine’s president, Volodymyr Zelensky, recently informed the U.S. Congress that weaponry and sanctions alone are insufficient. Ukrainian soldiers continue to need combat aircraft, aerial protection, and secure humanitarian routes, all of which are still in limbo.

After a month of Russian assault on Ukraine, the world is crying out for strong, inspirational western leadership in favor of the democratic values they hold so dear. Each day, Ukrainian children and civilians die as NATO countries act in self-preservation, and the U.S. is just about to catch the speed of Russian invasion.

America’s president needs to have an open-ended plan. According to Tony Blair, former Prime Minister of Great Britain, Biden must cease promising Putin that the allies would never interfere. “Not provoking Putin” is the closest the western nations have come to defining their objective.

Russia is bombing western weapons convoys, bombing a staging area near the Polish border, and has sent military drones into nearby NATO nations on two occasions. Whether we like it or not, reciprocal provocations are growing at an exponential rate.

Biden characterizes Putin as a “war criminal.” That means he should call for his arrest. By leaving Ukraine to its own devices, Biden risks reinforcing a long-held notion on the European left that NATO is primarily concerned with America’s front defense, not with boosting Europe’s security or with upholding international law.

A little more creativity in Washington and Brussels about what is militarily doable without precipitating World War III may go a long way in Ukraine.

But it is unfair to single out the United States’ inadequate leadership alone. NATO now includes 30 member nations, the majority of which are European. Eastern European nations, particularly Poland and the three Baltic states, are urging NATO and the EU to take a stronger military stance and impose further sanctions. Additionally, they favor Ukraine’s EU accession. Germany, Italy, Hungary, and Greece are among the countries opposed.

When the prime ministers of Poland, the Czech Republic, and Slovenia traveled to Kyiv to see Zelensky, Brussels made a point of emphasizing that this was not an EU mission, out of concern of aggravating Putin. When Polish President Jaroslaw Kaczyski offered an armed “peace mission” within Ukraine, he was rebuked.

French President Emmanuel Macron is a staunch supporter of Germany. TotalEnergies, the French oil behemoth, for example, is operating business as usual in Russia. Internal EU tensions will almost certainly intensify as the fight grinds on in the face of “sanctions fatigue.”

Given that Biden, NATO, and the Europeans lack a long-term plan for resolving the Ukrainian crisis, might this be “global Britain’s” big moment?

Unfortunately, Boris Johnson also doesn’t have a plan. Boris Johnson, acting on behalf of America, traveled to Saudi Arabia cap in hand in pursuit of cheap oil and was ritually humiliated by another mass murderer.

Joe Biden has made his third journey to Europe as President of the United States at a time when the US-Europe partnership is in jeopardy. The main objective of President Biden’s trip is to be shown standing shoulder to shoulder with America’s friends. Ukraine’s President Volodymyr Zelensky has said that his nation needs more modern anti-air defense systems as well as jet fighters capable of “closing the skies” above Ukraine to Russian jets. The US has committed to enhancing long-range air defense capabilities, but  the question remains, how long could it take to arrive in the hands of Ukrainian soldiers?

It will need more deftness than was shown with Poland, and if President Biden can do this while in Europe, it will be a remarkable success. The sanctions placed on Russia by the US and its European allies have had little effect on the Russian economy so far. However severe the limitations, they have had no effect on Putin’s determination to continue the all-out attack on Ukraine. There is mounting pressure on the US and European leaders to devise further action to halt Russian aggression in Eastern Europe.

A month after Russia’s invasion of Ukraine, President Joe Biden of the United States finally showed his stand with his allies, and arrived in Brussels on Wednesday amid a standoff with European partners to counter Russia. Russia contributes over 40% of the natural gas used in Europe, making it impossible for various European states to impose the same restrictions on Russian energy imports that the US has. However, the big question is, when will Biden take charge and become a leader in stopping this conflict once for all?