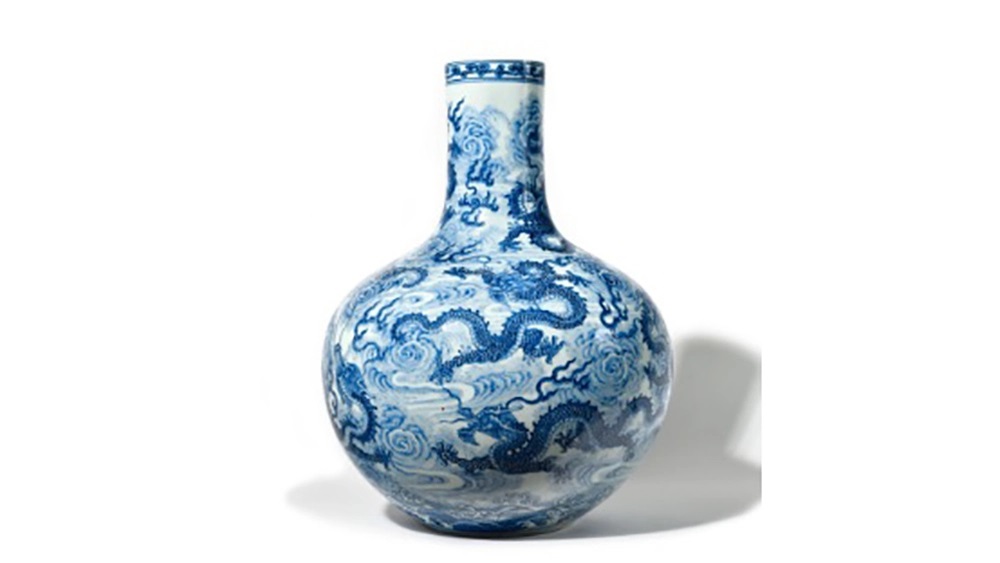 Last week, Osenat auctioned a Chinese tianquiping vase for more than 7.7 million euros ($7.5 million)—9.1 million euros ($8.8 million) after fees. The problem is that the art expert who appraised it for the French auction house expected it to fetch less than 2,000 euros ($1,940). After a bidding war ensued between Chinese buyers to drive up the price, the vase didn’t appear to be “quite ordinary” as the auction house had originally deemed it. (Photo: Osenat/robbreport.com)
By John Olusegun December 28, 2022 4:51 pm PST
Facebook
Twitter
SHARE
Facebook
Twitter

The relationships between traditional Chinese art and digital media has come under greater study as arts from long ago are attracting increased interest. Many of these pieces were formerly only available to those who could travel to the original sites to view the original artwork. Now, with the introduction of digital technologies like 3D printing and augmented reality, the recreation of these works for a larger audience is possible.

Thus, enthusiasts in the art world are leveraging these developments to make art more accessible. This development is not limited to paintings. Sculptures and immovable structures like buildings are being reconstructed using these digital tools. The resulting works feel nearly identical to the original works, making it possible for people to experience the artwork without great expense.

Developments in the digital era have changed the way people appreciate art. Within the Chinese arts space, ancient works from several centuries ago are being auctioned at high prices across the world. The interest in these artworks is not limited to Chinese nationals alone. People from other parts of the world are showing an avid interest in adding verifiable pieces from ancient Chinese creatives to their collections.

As these ancient Chinese creative works sail through the digital era, their imprints can be seen in museums and exhibitions worldwide. Previously hidden pieces are gaining attention as they come to the public’s notice. Notable instances include the traditional Chinese vase that the French auction house, Osenat auctioned in October 2022.

This tianquiping vase was originally appraised at less than $2000 by an art expert. Others were shocked when the piece got listed and drew hundreds of bids from China and other parts of the world. The vase later went to an anonymous Chinese buyer who paid $7.5 million for it. The original appraiser was fired, and discussion arose as to whether the vase was truly worth the price or not.

A representative of the auction house’s Asian art department, Cedric Laborde, opined that the vase could have been an artfully crafted copy. That means, it may not be a 300-year-old rare artefact that potential buyers believed it to be. Most of the interest was in the vase bearing the stamp of Qianlong, a former Chinese emperor and sacred figure in history.

Another instance of ancient Chinese creative pieces sailing through the digital era is the work of Ming Dynasty artist, Shen Zhou being put up for auction. Zhou was famous during the late 15th century and early 16th century for his works that incorporated contrasts between existing styles and his distinctive touch. A Tranquil Place is one of his most notable works and is expected to sell for between $1.5 and $2.6 million.

Despite being about six centuries old, Zhou’s works still fascinate enthusiasts and collectors. Some of these works can be found in notable museums like the Metropolitan Museum of Art, National Palace Museum in Taipei, and the Cleveland Museum of Art. A Tranquil Place will be auctioned by Christie’s Auction House. Enthusiasts’ interest in it shows again that ancient Chinese arts have managed to sail through to the digital era.

The development of diverse technology in the art space is radically changing how art is appreciated. Previously unavailable artworks are now accessible to more people through digital reconstruction. Immovable artefacts can now be shared with individuals in many locations, and objects like the tianquiping vase continue to increase in value due to the enduring interest in them.