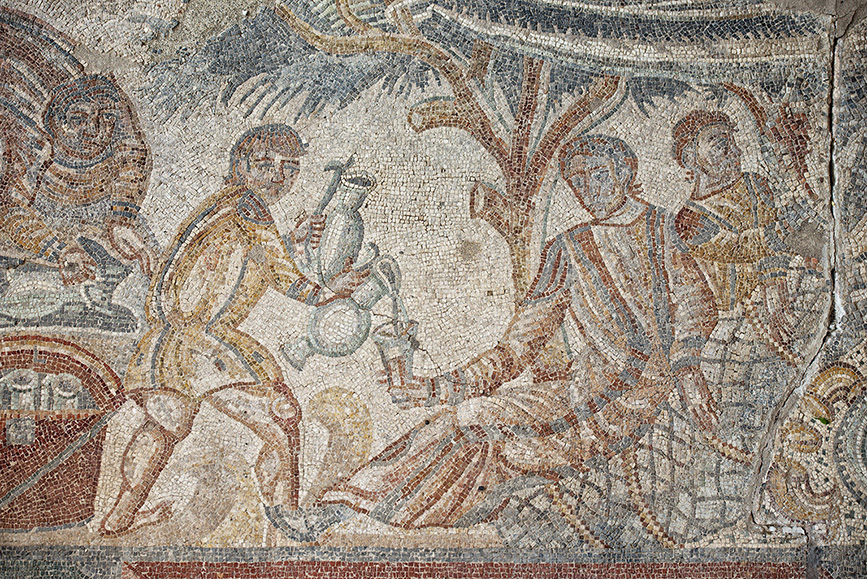 With rich mythology surrounding it, wine is regarded as the most famous beverage produced in the Mediterranean. During the period of Greek colonization in this area, the drink expanded throughout the coastal regions where it was consumed daily and played a crucial role in festivities.

In ancient Greece, wine was the most popular drink. There were black wines and white wines available at the time. The writings of ancient Greek authors describe the flavor of wine as “sweet,” “sour,” or “dry.” Like today, white and red wine grapes produced sweet and dry wines. In contrast, immature grapes produced sour wines.

According to Greek mythology, Dionysus, an Olympian god, invented wine. Supposedly, the god of wine gave the wine tree to Ikarius, an aristocratic Attic citizen from the island of Ikaria. Ikarius then distributed this beverage to his neighbors, fellow shepherds. Unfortunately, after suffering the intoxicating effects of alcohol, the shepherds murdered Ikarius because they believed he had poisoned them.

As Greeks developed the taste for wine, demand steadily rose. The Mediterranean locale provided the perfect combination of three primary conditions: climate, suitable soil, and variety of vines, which could produce a range of grapes with distinct flavors. The Greeks utilized their knowledge and diverse cultural practices to produce high-quality wine. They recognized the optimal height, temperature, and wind conditions as well as the spacing between vines and the frequency of trimming that would help achieve their purpose.

After the grapes were harvested, they were foot-pressed in stone vats, big ceramic jars, or plain tiled floors. A slope connected these platforms to a collection canal. To increase the efficiency, the Greeks developed innovations such as the beam and weight press and eventually the screw press.

The ancient Greeks would often add seawater to the pressed grapes to make the wine silkier and more acidic. They produced both white- and crimson-colored wines. To enhance the color of the wine, it was heated and aged for years. The wine was fermented in enormous earthenware jars buried in the ground. The structures contained open roofs and wall openings to facilitate airflow.

The wine was produced in enormous quantities because it was inexpensive, standard, and consumed frequently with meals. To prevent excessive drinking, which was deemed contrary to Greek principles, the Greeks also diluted their wine. They diluted the wine with a ratio of one-part wine to three parts water.

However, there were different standards for wine, and the Greeks understood the worth and quality of premium wine. In addition, they distinguished between young wines and aged wines in their wine production. The former was fed to the masses and military, but the latter was reserved for the wealthy.

The Greek islands of Rhodes, Lesbos, Chips, Kos, and Thasos gained the title of greatest wine producers in the region.

The Greeks institutionalized wine in their famed drinking events, which were known as symposia. At these drinking parties, prominent male citizens gathered to discuss philosophy and politics, and wine was a regular beverage. In religious events, wine was also used to offer libations to the gods. Additionally, it was used as medication. The ancient Greeks drank wine in moderation because they were aware that excessive drinking led to early death.

Wine was a necessity throughout ancient Greek society and diluted differently for different occasions. Using the very nature of Greek philosophy – a balanced life, not excessive with human desire – the ancient Greeks managed wine harmoniously to serve their society, the origin of western civilization.