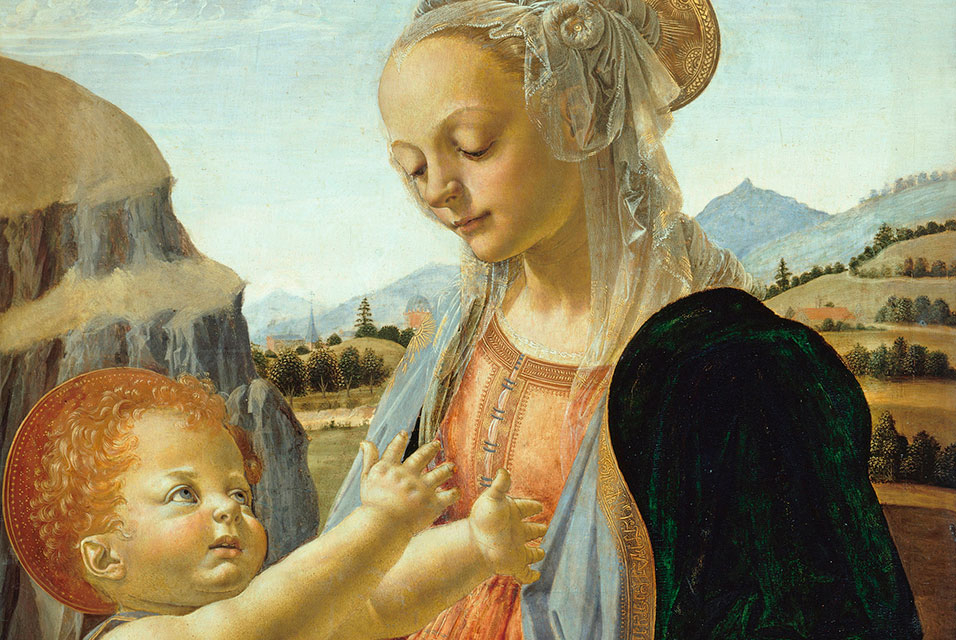 “Verrocchio was one of the first major multidisciplinary masters,” says Andrew Butterfield, the curator of Verrocchio: Sculptor and Painter of Renaissance Florence⁠—the first-ever monographic exhibition in the U.S. on Andrea del Verrocchio (c. 1435 Florence –1488 Venice).

Verrocchio (meaning “true eye”) was born in Florence around 1435. He possibly learnt painting and sculpture from Alessio Baldovinetti, whose work exemplified the careful modeling of form and the accurate depiction of light characteristic; and worked with Italian painter Filippo Lippi.

Verrocchio was, first and foremost, a great observer of nature. He imitated nature perfectly⁠—even going beyond it⁠—and refined the imagery surrounding the Madonna with Child, equalling the Flemish masters in the rendering of highlights, shadows, and translucent surfaces, such as jewels.

“His achievements really did change the history of art, both because he changed what was possible conceptually and technically, and because of his influence on the next generations of artists,” explains Butterfield.

By the time he was 30, Verrocchio was recognized as a master of the first rank⁠—a painter, a carver of stone and wood, and a worker of metals. He undertook a number of high-profile commissions. He also ran a prominent studio and taught a number of students, including Lorenzo di Credi, Leonardo Da Vinci and Perugino (Raphael’s teacher). Verrocchio’s transcendental work, and his dynamic and charismatic personality led him to have great influence on his students.

“We think he invented the style [that would become the high-Renaissance style]. He had a universal reach, anticipating the universality of Leonardo, who, surely, had his own proclivity, but was largely encouraged by his master,” says professor Francesco Caglioti, who held an exhibition in Florence in July.

When Da Vinci arrived in Florence, the most esteemed Master was said to be Verrocchio. Da Vinci apparently lived with Verrocchio from 1467, until the age of 26; he learnt by copying the stiff folds of drapery, studying from real life⁠—such as flowers and hands⁠—and assisting in paintings.

“As a youth, he devoted much of his time to music and being filled with a lofty and diligent spirit. He could sing and improvise divinely,”⁠—it’s said about Da Vinci.

Some of Da Vinci’s artistic concerns, such as the twisting pose (figura serpentinata) and the study of contrasting expressions, originate with Verrocchio.

Italian artist Giorgio Vasari once praised Verrocchio’s versatility, describing him as having a vast technical knowledge and “as one who delighted in study and hard work and was little content to be considered great in one genre alone.”

The Baptism of Christ in the Uffizi, Florence is unanimously attributed to Verrocchio, and the only known painting signed by him is The Virgin with Children and Saints, which can be seen in the cathedral of Pistoia. The most ambitious of his sculptures is the equestrian statue of the military commander Bartolommeo Colleoni, carried out for Venice in the 1480’s.

The exhibition “Verrocchio: Sculptor and Painter of Renaissance Florence” is on view now through January 12, 2020 at the National Gallery of Art in Washington D.C.