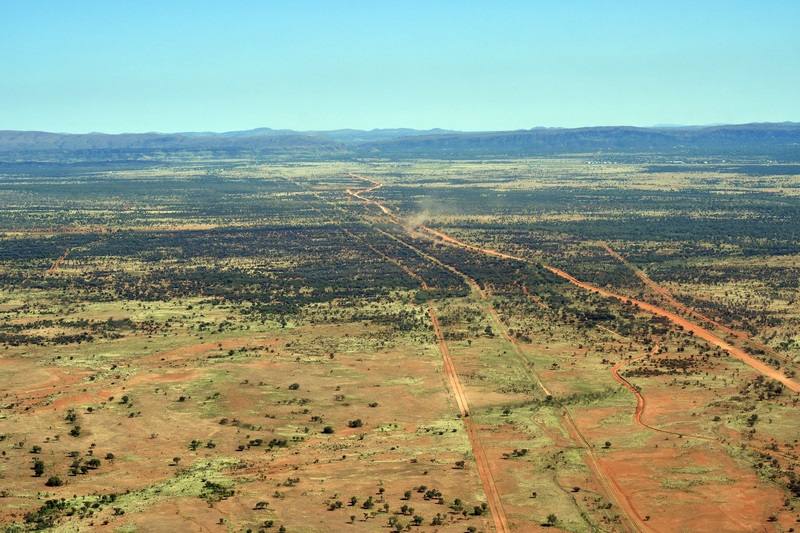 As world superpowers battle to enforce their power across industries, Australia has put the production of rare earth metals to the test with a top-secret weapon located 80 miles north of Alice Springs in Northern Territory, Australia.

When an industry is controlled by one superpower for too long, there is bound to be a competitor who tries to take control. In many different industries and businesses, nations battle among one another for that title of leader.

This fight is  occuring once again , currently in the mining sector. Australia plans to compete with China for market share in rare earth metals, including neodymium and praseodymium (NdPr). These unusually named metals sound unfamiliar, yet they are essential to the operation of electronics like smartphones, fighter jets, and electric automobiles, all items in high demand in our world today.

This competition began in earnest when China began exploiting its dominant position in the mining sector as a diplomatic tool in the year 2015.

China used its economic advantage following a mishap between a Chinese fishing boat and a Japanese patrol team close to a disputed series of islands. As a form of financial punishment, China stopped providing these rare earth minerals to Japan after complaining of the “illegal interception” of its trawlers.

Beijing also threatened to restrict the supply of rare earth metals to American defense companies in light of its arms trade with Taiwan. The world was again reminded of the risks associated with having just one supply chain for such a crucial good.

Australia, a superpower exporter of iron and coal, believes it could rival China’s abilities in the production of rare earth elements useful for electric cars and wind turbines. This is said to be instrumental in reducing global reliance on the Asian giant for rare earth elements.

Why pay for it if you can make it yourself?

The mining operation in Australia, known as The Nolan’s Project, will take place in an environment with harsh conditions. Arafura is located in the hottest and driest region of the Australia, 80 miles from Alice Springs.

Australia, however, remains unfazed by this hurdle because they believe that this project could meet up to 5% of the world’s need for rare earth minerals, of which there are many in the planet’s crust. Two of those rare earth minerals are Neodymium and Praseodymium. According to Geoscience Australia, a government research organization, these materials are highly prized “because of their unusual catalytic, nuclear, electrical, magnetic, and luminous capabilities.”

In addition to NdPr Europium is another material used in the manufacture of fluorescent lighting. Another element, gadolinium, is present in solar panels and ytterbium is present in nuclear power rods.

Because the most recent technologies depend on the qualities of certain metals to operate, being unable to supply these elements can be a significant problem given the technological dependence of all nations on the items these rare minerals help to produce.

Australia is “quite endowed with rare elements,” according to Gavin Lockyer. He is confident that this will change everything for the nation and the continent at large.

John Coyne, the spokesperson for Aspi’s Northern Australia Strategic Policy Centre, shares this enthusiasm. He claims, “Australia has the sixth largest reserves in the world, with only two mines producing rare minerals.”

“There is significant potential in the establishment of multi-ore mineral-processing hubs in Australia. After all, there is no point in creating supply chain resilience for [rare earth] ores if miners must still send them to China for processing.” stated John Coyne

With great enthusiasm, Amanda Lacaze, managing director of Lynas Rare Earth, in an interview with Australian Broadcasting Corporation said, “We look forward to not only meeting the rare earth needs of the US government but also reinvigorating the local rare earth market.”

With a new and strong competitor now on the radar, one wonders how China views this global shift in resource distribution. According to China’s Global Times, Beijing would welcome “benign competition” to “increase production capacity” in the sector.. It is only a matter of time to see how the control of rare earths minerals shift.