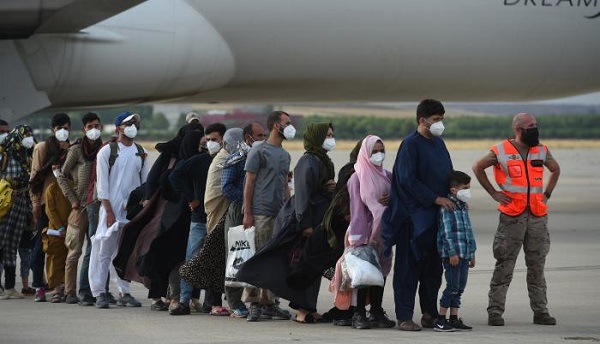 After an explosion outside Liverpool Women’s Hospital, the UK’s terror threat level has been increased from “significant” to “severe.” Priti Patel, the UK Home Secretary, warned that an assault was very probable following the second terrorism occurrence in a month. In conjunction with the inquiry, four males have been detained. Police think they have identified the attacker, but further work is needed to establish his identification and apprehend him. A “serious” danger is defined as one in which an assault on the UK is “very likely,” Home Secretary Priti Patel said.

Meanwhile in the US, there have been tens of thousands of Afghan refugees admitted into the country recently following the catastrophic departure from Afghanistan. Upon entering the country, has rigorous screening and vetting occurred? On November 16th, Sen. Josh Hawley (R-MO) questioned Sec. Alejandro Mayorkas in a Senate Judiciary Committee hearing about Afghan refugees vetting and whether or not the screening procedure was the same as usual. Mayorkas responded that it was not, although he stated that the process was rigorous. He said that each candidate was screened and that, if there was any information or concerns that the individual posed a threat to the safety of the American people, those would be addressed. Hawley asked him if they were interviewing the migrants in person to determine if any of them were terrorists. Mayorkas responded that not everyone was interviewed personally, considering the rush Afghan withdraw in August 2021.

If a refugee is already listed as a potential terrorist or associate, they are handled differently, according to Mayorkas. He stated that the Department of Homeland security collects biometric biographic information on people passing through transit nations, their fingerprints and pictures, in other words. They cross-reference this data with their law enforcement, intelligence, and other holdings. However, they are not interrogated unless they are listed as a danger in the database. Upon learning this, Hawley pointed out that, of all the 911 hijackers who attempted to enter the United States, among 20 suspects only one individual was interviewed. He was not admitted into the country. However, the rest of terrorists who entered the country were not interviewed, which is why the in-person interview system was put into effect in the first place.

About 60,000 Afghan refugees have been admitted into the nation. On September 19, 2021, a female United States military member was attacked at Fort Bliss by a gang of male Afghan evacuees. Several of the men who have arrived are married to minors. There have been instances of Afghan males assaulting and raping Afghan girls. And, while all of this is going on, a high number of illegal immigrants are entering the country as well.

Over 1.7 million illegal immigrants have entered the country so far this year, making President Biden’s administration the one with the greatest rate of illegal immigration in 61 years. Many of those that have crossed the border are unaccompanied minors, and some of these immigrants are infected with COVID-19. On Nov. 16, Sen. Ted Cruz (R-TX), at a Senate Judiciary Committee hearing, asked Mayorkas if he knew how many women had been sexually assaulted while crossing the border. Mayorkas said he didn’t have the exact numbers with him, but he wasn’t willing to say the number was zero.

The Congress also has an additional worry that a huge influx of migrants at a record number is crossing the U.S. boarder this year. Some are illegal aliens with criminal convictions, and probably most alarming of all, some may be terrorists.