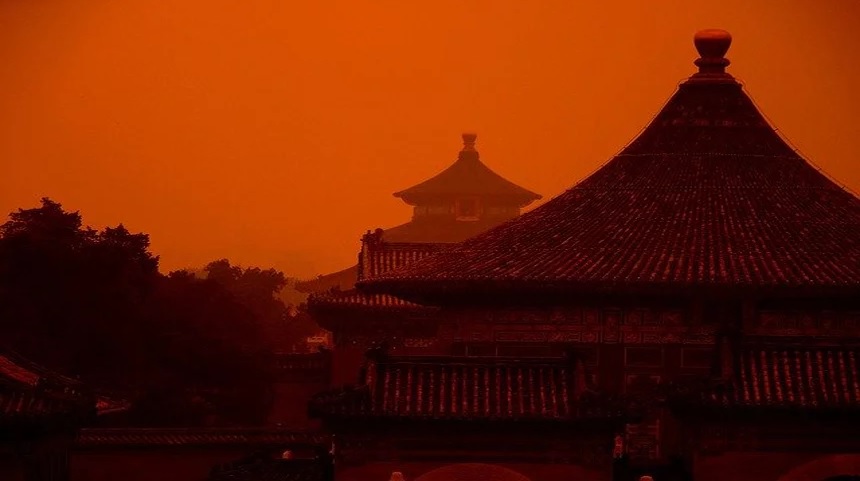 Strong gusts that reached up to levels 8 and 9 (62 – 88 km/h) began sweeping China on Wednesday (March 18), damaging electrical power lines and sparking fires in and around Beijing.

Winds reached hurricane strength of up to level 12 after 8pm, Wednesday in several localities.

Intense fires have been reported in Beijing’s Yanqin and Pinggu districts, as well as in the provinces of Tianjin, Shandong, Shanxi, and Hebei.

“Look at this blaze!” says one couple as they drive through an area ablazed. “Scares the hell out of me! The road ahead is surrounded by fire. We’ve just got off the bridge. We can’t move forward anymore,” they continue, on a video that’s gone live on YouTube.

Then come their panicked voices, “Oh, I can’t take this! Oh no, oh no, my car is on fire!” They’re forced to evacuate.

Firefighters were unable to reach residents in rural areas, who were left to fend for themselves.

Other netizens shared videos of people being blown helplessly across open areas and left clinging onto structures or trees.

“I am a resident of Tianjin, so far I have not dared to sleep, in my heart I am very scared, I did not dare to sleep at all.”