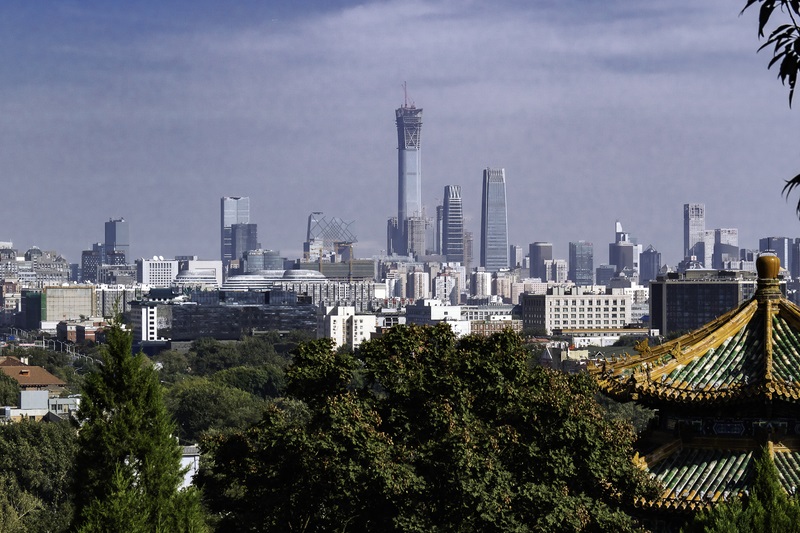 Chinese GDP has fallen to an estimated 3%, China’s poorest economic performance in over 50 years.

The unrest in China complicates expectations of the country’s path to recovery, which, along with prospects of more moderate Federal Reserve interest-rate increases, had directed sentiment toward riskier assets in recent sessions. Traders also assessed the chances that China may dump its Zero Covid policy earlier than previously thought. These assessments proved to be right.

In light of the protests that swept through the country, the government succumbed to the pressure and lifted the strict COVID restrictions. The result was that, instead of a decline, China experienced a resurgence of the pandemic.

According to medical professionals, social media posts, and state press sources, 50 individuals are gravely or extremely ill in hospitals in Beijing, with infections on a steady rise in the cities of Wuhan and Chengdu, including Hebei province.

However, due to decreased testing, exact case numbers have become impossible to track, and the National Health Commission (NHC) announced on Wednesday that it would no longer report new asymptomatic COVID-19 infections because it was difficult to accurately document the total count, breaking with a practice it had followed for the past three years since COVID-19 made its entrance to the world.

“It’s always very difficult for any country coming out of a system where you’ve had very, very strict regulations,” WHO spokesperson Margaret Harris said in Geneva, adding that China was going through a “really trying and difficult moment.”

“Official COVID case counts in China have been declining in recent weeks, but this has coincided with a decrease in testing and is increasingly at variance with the reality on the ground. China has not recorded any COVID-related deaths since December 3, when the authorities began relaxing restrictions.”

China has recorded only 5,235 COVID-related deaths in the three years since the pandemic began in the central Chinese city of Wuhan – a minuscule percentage of its population and exceedingly low by global standards.

Long lines outside fever clinics, which are affiliated with hospitals and screen for infectious diseases in mainland China, have become prevalent in recent days in Beijing and other cities. According to national health officials, nearly 47,000 fever clinics have opened as of Wednesday.

“This is the price we pay for being freer,” a 26-year-old marketing worker named Liu told Reuters on the streets of Beijing.

Schools in Shanghai, China’s most populous city, have stated they will discontinue in-person teaching owing to COVID incidents, with classes moving online. Infections are expected to spread across the country in the coming weeks, as the Christmas holidays might be accompanied by massive traveling.

The elation that came with the relaxing of the restrictions has now dwindled considerably due to the pervading fears of a COVID resurgence.

However, this is not the only calamity to worry about. China’s economic nightmares continue unabated. Economists predict that China’s GDP has fallen to approximately 3% this year, well below the official objective of around 5.5%, marking one of the country’s poorest performances in nearly 50 years. The Chinese yuan, in its worst year since 1994, when China harmonized the official and market exchange rates, fell against the dollar on Wednesday, with traders increasingly terrified.

To curb the growing crisis, Chinese President Xi Jinping will convene a meeting involving his most senior government officials. The meeting is aimed at rescuing the comatose economy and finding a solution to the increase in COVID cases.

The annual Central Economic Work Conference will be held behind closed doors from Thursday to Friday.

Policy experts and business analysts are keeping a careful eye on the situation, predicting that the leadership will consider more stimulus measures and growth targets.

Perhaps, one might take this quote from Mark Haefele into account as the world tries to make sense of what is happening with the Asian heavyweight:

“We do not expect economic or market headwinds in China to abate significantly over the coming months,” said the Chief Investment Officer at UBS Global Wealth Management. “Policy support remains focused on stabilizing the economy, rather than spurring growth, in our view.”