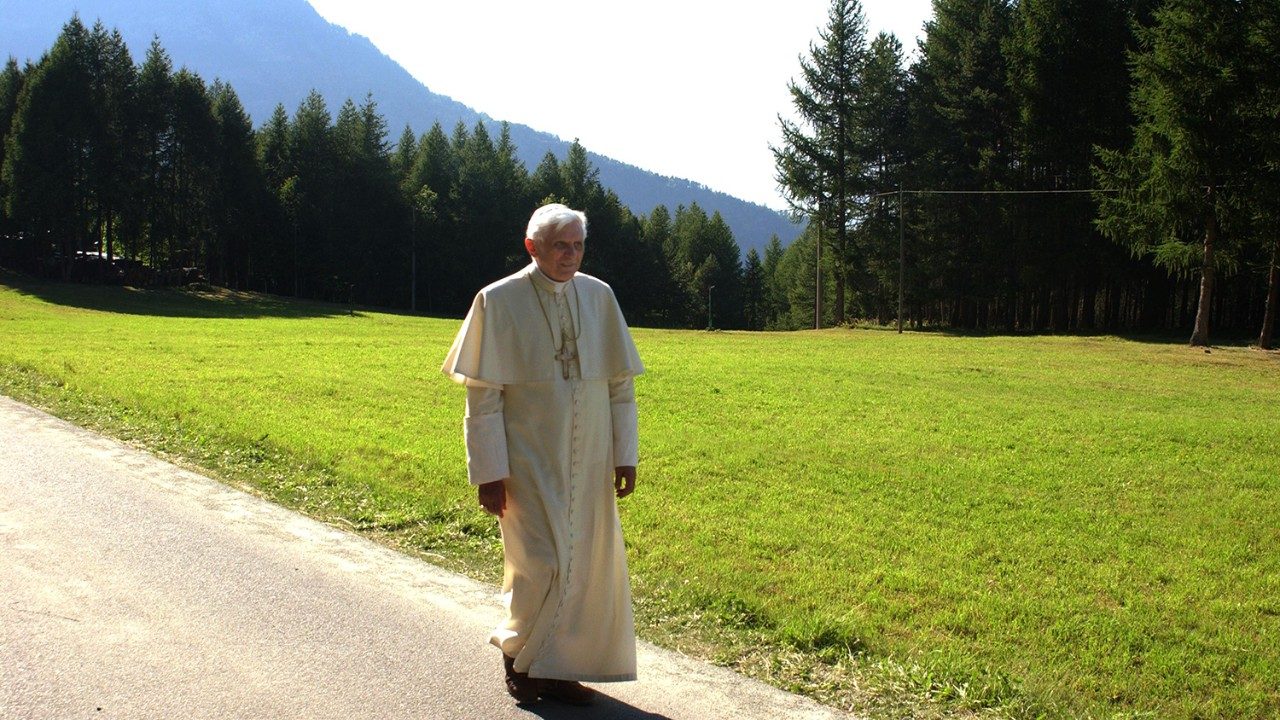 Pope Benedict XVI was a towering intellectual, something he shared with his predecessor, St. John Paul II.

His philosophical and theological writings will be studied for decades.

But it was his courage that endeared him to so many Catholics.

As Cardinal Joseph Ratzinger, he served St. John Paul II as enforcer of the Church’s doctrinal teachings. He did so with prudence and justice, setting an example for those who would come after him in this post.

In 2006, he sparked much controversy for his comments on Islam. In his address at Regensburg University, he said, “Show me just what Muhammad brought that was new, and there you will find things only evil and inhuman, such as his command to spread by the sword the faith he preached.”

Unfortunately, most of the media did not emphasize that he twice said, “I quote.”

He was referring to a remark made by a 14th century Byzantine emperor.

Cardinal Ratzinger’s point was that faith and reason must exist together, and just as the universities must be criticized for promoting radical skepticism — reason without faith — there are those who purport to be followers of religion who promote faith without reason. Both are unacceptable.

In 2005, the day before Ratzinger assumed his duties as pontiff, he addressed the cardinals in Rome.

He spoke about the “doctrine of relativism,” the popular and pernicious notion that there are no moral absolutes, and no moral hierarchy of virtues.

In the same historic Good Friday homily, he unloaded on abusive priests. “How much filth there is in the Church, even among those who, in the priesthood, ought to belong entirely to him!”

When historians look back at the Catholic Church’s handling of the clergy sexual abuse scandal, they will note that neither Benedict’s predecessor, St. John Paul II, nor his successor, Francis, did as much to stop it as he did.

His actions were as pivotal as were his words. He made it clear that men with “deep-seated homosexual tendencies” should not become priests.

It was his courageous comments on the scandal, caused largely by gay priests, that earned him the ire of secularists outside the Church and dissenters within.

Benedict may have been a theologian and philosopher by training, but he also had a keen sociological mind.

He understood better than anyone in the Church that it was the lack of faith on the part of molesting priests that accounted for their offenses.

Dissent in the Church fed their mentality. He also understood, as I recount in my book, “The Truth About Clergy Sexual Abuse: Clarifying the Facts and the Causes,” the macro sociological forces that affected the Church, namely the sexual revolution.

It was Benedict who sanctioned the two most prominent predator priests, Father Marcial Maciel Degollado and Cardinal Theodore McCarrick.

He removed the Mexican serial abuser from ministry a year into his pontificate and he quickly accepted McCarrick’s resignation when the cardinal turned 75.

Benedict’s critics were often as inaccurate as they were unfair. Laurie Goodstein of The New York Times wrote in 2013 that Benedict never removed predators from the priesthood.

All total, from 2005 to 2013, he defrocked some eight hundred molesting priests.

Benedict’s critics called him “God’s Rottweiler” for being too draconian in his sanctions against dissidents.

They were factually wrong. In his seven years as pope, he rarely called a dissenting priest on the carpet, though there were many candidates.

Indeed, no one’s license to teach theology was pulled and no one was fired from teaching at a Catholic college or university because of Rome’s intervention.

So if anything, dissidents got off easy. No matter, I am proud of the fact that The New York Times called me “Rottweiler’s Rottweiler,” a backhanded tribute to my strong defense of him.

Pope Benedict XVI was a selfless man, and his contributions to the Church, both in word and in deed, will be heralded for years to come.

May he rest in peace.

Dr. Bill Donohue is president and CEO of the Catholic League for Religious and Civil Rights. A former Heritage Foundation Bradley Resident Scholar, he has authored several books on civil liberties, social issues and religion. He holds a Ph.D. in sociology from New York University. Read Bill Donohue’s Reports.