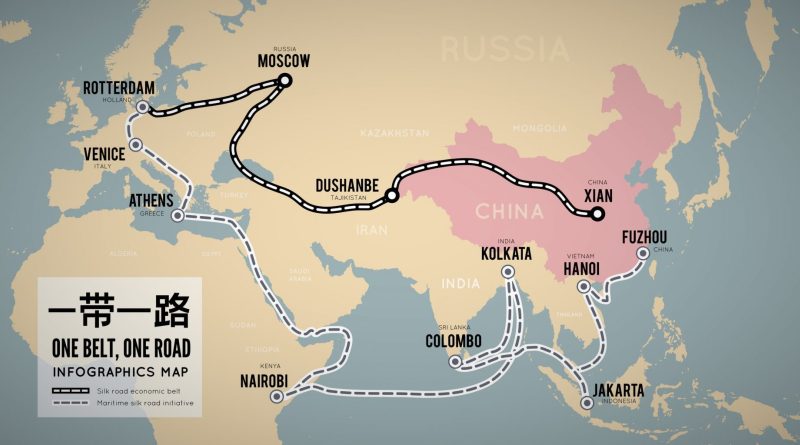 The Belt and Road Initiative is Communist China’s global domination through its economical and military power. Established by Xi Jinping in 2013, the China’s Silk Road style expansion has been stalking nearly 70 countries in Asia, Europe, and Africa. In the face of pandemic, this road of “prosperity” becomes a new tool of communist’s controlling of the world.
By PATRICIA KINGSWELL April 23, 2020 8:51 pm PST
Facebook
Twitter
SHARE
Facebook
Twitter

China has been lying to the world all along about the number of their Wuhan virus cases and deaths, according to three U.S. intelligence officers–two of them calling the numbers flat-out fake. As a result, the Chinese Communist Party (CCP) has allowed the virus to spread first within China and then throughout the world. Its careless actions are a crime against the wellbeing of the world’s people.

A classified report sent to the White House has revealed that China knew about the dangers of the Wuhan virus two months before reporting it and that officials only reported the first case when forced to do so.

State Department immunologist, Deborah Birx says that the spread could have been avoided. Since other countries based their decisions on how to respond to COVID-19 on information provided by China, the coverups meant the international community faced unnecessary risks.

“The medical community made–interpreted the Chinese data as: ‘This was serious, but smaller than anyone expected’, because I think probably we were missing a significant amount of data–now that what we see happened to Italy and see what happened to Spain,” she says.

The CCP is also being accused of cracking down on doctors and whistleblowers, silencing them as they tried to raise alarm, as early as January.

In response, the CCP has been concentrating its resources over the last several weeks into a propaganda campaign that’s aimed at turning China’s global image and silencing critics.

Its strategy is multifaceted: By blaming the U.S. and its “army  who brought the epidemic to Wuhan”, the Chinese people’s focus is shifted to fabricated external threats; Xi Jinping’s mismanagement in the pandemic is covered up; inciting nationalism against America means Chinese critics can be treated as traitors.

The CCP has also bought itself public accolades from the World Health Organization (WHO) by pledging millions of dollars.

Xi Jinping is turning a global crisis into a political opportunity with calculated generosity–China has been offering humanitarian aid to badly hit countries like Italy, Iran, Spain, Serbia, Ukraine and even the U.S.

China’s Xinhua news agency has openly alluded to EU’s lack of solidarity with Italy and Beijing’s real intentions, saying: “When handshakes are no longer encouraged in Europe, China’s helping hand could make a difference.”

“The only thing better than playing themselves as a victim is showing that they can emerge as a resilient hero,” says counterintelligence expert Greg Barbaccia, interviewed by Fox News.

And it fits into China’s global Belt and Road Initiative, says Kristina Spohr from NewStatesman.

“Xi’s grand design for the first half of this century–tying together Eurasian and African countries via land (Belt) and sea (Road) routes–reflects China’s long-term ambition for economic and political leadership,” she says.

On March 16, Xi assured Italian prime minister Giuseppe Conte over the phone that “China is ready to work with Italy to contribute to international cooperation on epidemic control and to the building of a Health Silk Road”–evoking the ancient Silk Road of China’s imperial past. The CCP leader went on to make similar offers to several other leaders in Europe, Africa and the Middle East.

What will the international system look like after this pandemic and global recession? Xi would like to think that China’s time has come for world domination, through its “New Silk Roads”.

But the future is up to each one of us. The international community should pressure China to provide crucial information about the origin of the Wuhan virus and the true death toll, as well as to allow access of investigators into China’s epicenter. We should also call for an investigation into WHO’s Tedros Adhanom, who’s been accused of colluding with China.