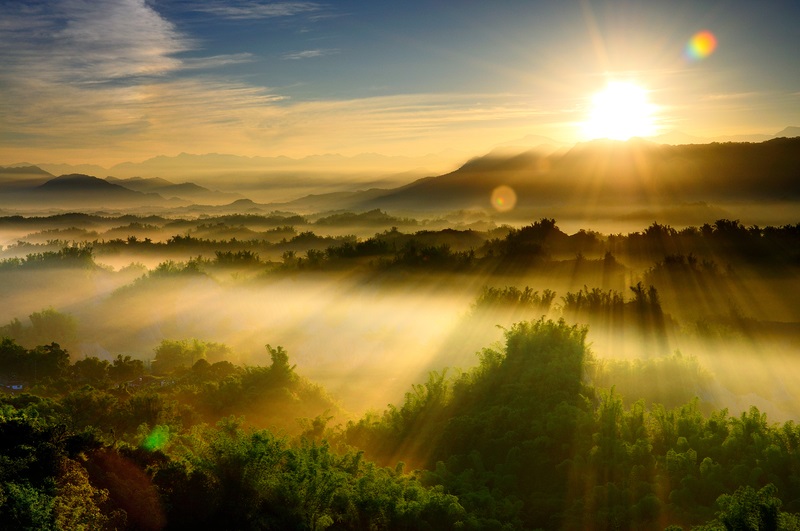 The self-ruled island of Taiwan- officially called the Republic of China- has remained the center of the China-U.S tensions since Nancy Pelosi visited Taipei, Taiwan, on August 2, 2022. The highest level member of the United States, who refused to cancel her trip despite warnings from China and concerns from the U.S. government, described U.S. support of Taiwan as ‘iron clad,’ stating that the U.S. congressional delegation’s visit should be seen as an unequivocal statement that America stands with Taiwan.’

Party officials from the People’s Republic of China condemned Pelosi’s visit and labeled it a provocative act. The Chinese government opposes international efforts to formally recognize Taiwan’s independence because it views the island as a part of China. In response to Pelosi’s visit, the Chinese Foreign Ministry released this statement, “China will undoubtedly take all necessary measures to fiercely preserve its sovereignty and territorial integrity.”

Since then, China has fired 11 ballistic missiles over and in the Taiwan Strait, stating that the exercises were merely part of Beijing’s military exercises. It is, however, a serious indication that China intends to “invade” and restore Taiwan to its roots.

Tensions between China and Taiwan date back to the 17th century, when China claimed Taiwan was initially part of the Chinese province. In response, Taiwan had argued from history that China’s claims were incomplete, explaining that the island has been independent of China since 1949, when the People’s Republic of China was formed. According to Chinese Foreign Ministry Spokesperson Wang Wenbin, China is ready to take measures to defend its national integrity. Wang Wenbin stated that China has vowed to unify Taiwan with the mainland, which led to the one-China policy, an acknowledgment that there is one China government.

China has stopped Taiwan’s participation in international organizations and the U.N. However, the U.S. has maintained an unofficial relationship with Taiwan. It sells arms to the island on the ‘..basis of self-defense’.

The U.S. came into the picture on April 10, 1979, after former U.S. President Jimmy Carter signed the Taiwan Relations Act (TRA) into law. This Act has allowed the U.S. to maintain its relations with Taiwan unofficially under legal authority. Furthermore, the U.S. has maintained a balance between aiding Taiwan and avoiding war because of the Policy of Strategic Ambiguity. In this fundamental policy, the U.S. attempts to maintain peace in the Taiwan Strait by defending Taiwan without committing to doing so. However, when asked if the U.S. was ‘…willing to get involved militarily to defend Taiwan if it comes to that?’ President Biden’s response was an unwavering, “Yes!”. Following this statement was a further affirmation by the U.S. President, “That’s the commitment we made.”

While under the Trump administration, the U.S. strengthened its relationship with Taiwan despite objections from the Chinese government. This was evidenced by official visits by Senior administration officials during his tenure.

The Biden administration has continued the relations with Taiwan, with Biden being the first U.S President to have representatives from Taiwan attend the inauguration of Her President. In addition, the U.S participates in dialogues and military training with Taiwan, providing defense support.

Many believe that U.S. involvement in Taiwan is because of its geographical and economic relevance to the world. According to the U.S.,

“Taiwan is a highly advanced economy producing an estimated $786 billion in goods and services in 2021. The United States and Taiwan have deep and growing commercial, financial, and trade ties, which advance U.S. interests and help create economic opportunities in the United States”.

Goods such as electronic equipment like watches, phones, laptops, and game consoles are made in Taiwan. Furthermore, “the Taiwan Strait is one of the most important shipping lanes in global trade.”

Because of China’s ‘military drills,’ a realistic war game of algorithm-based simulations was created by the U.S. government to help  U.S. and Taiwan forces measure their chances of victory against China in the event of a war.

At the Center for Strategic and International Studies conference room tables, the U.S, Taiwan, and Chinese forces were arranged. In one room was laid out the Pacific region with the U.S. ships and airpower in blue blocks. While the Chinese military was in red. Another room has the Taiwan military with red forces (the Chinese) taking control.

There was participation from retired Military officers, government officials, and Think tank experts. There were 22 iterations with the possibility of an invasion of China by Taiwan. With the United States seriously involved, Taiwan is more likely to survive.

In some variations, Japan has engaged immediately, while in certain instances, the Philippines permitted the U.S. basing, but not for others. In certain games, the game moderators allowed U.S. attacks on China’s territory, but not in others.

Every week the simulation comes to a halt where the participants can predict the eventual ending. Usually, after about three weeks of simulating war, it comes to a standstill in Taiwan between the U.S. and Chinese forces.

On August 5, 2020, the U.S. team comprised Daniel Rice, an analyst with The Mitchell Institute for Aerospace Studies, and Chris Dougherty, a senior fellow for the defense program at the Center for a New American Security. Dr. Nora Bensahel, a visiting professor at the Johns Hopkins School of Advanced International Studies, and retired Marine colonel Thomas Greenwood, a member of the research staff at the Institute for Defense Analyses, made up the China team.

Even though the Chinese side enjoyed several early victories, they missed a lot. They suffered many attacks on their supply chain and ports to keep fighting.

In less than three weeks of combat, the China side managed to land over 30 troops on Taiwan before the end of the game. However, the U.S. successfully stopped the Chinese reinforcement, leaving many simulated Chinese soldiers hunting for food, running out of ammo, and attempting to outwit American forces in a cat-and-mouse game.

Early losses included an aircraft carrier that was lost near the Chinese defenses. While other carriers quickly exited from Chinese firing ranges, they could not effectively support the effort. Japan eventually joined the battle but suffered equipment losses, including a Surface Action Group. Three Surface Action Groups, consisting of three to four ships, were lost by the United States.

By any modern standard, the casualties were historic, but they were kept to a minimum by long-range gunfire and precise aiming.

However, the land fight in Taiwan would probably turn into a terrible, all-out conflict that neither country has experienced in decades.