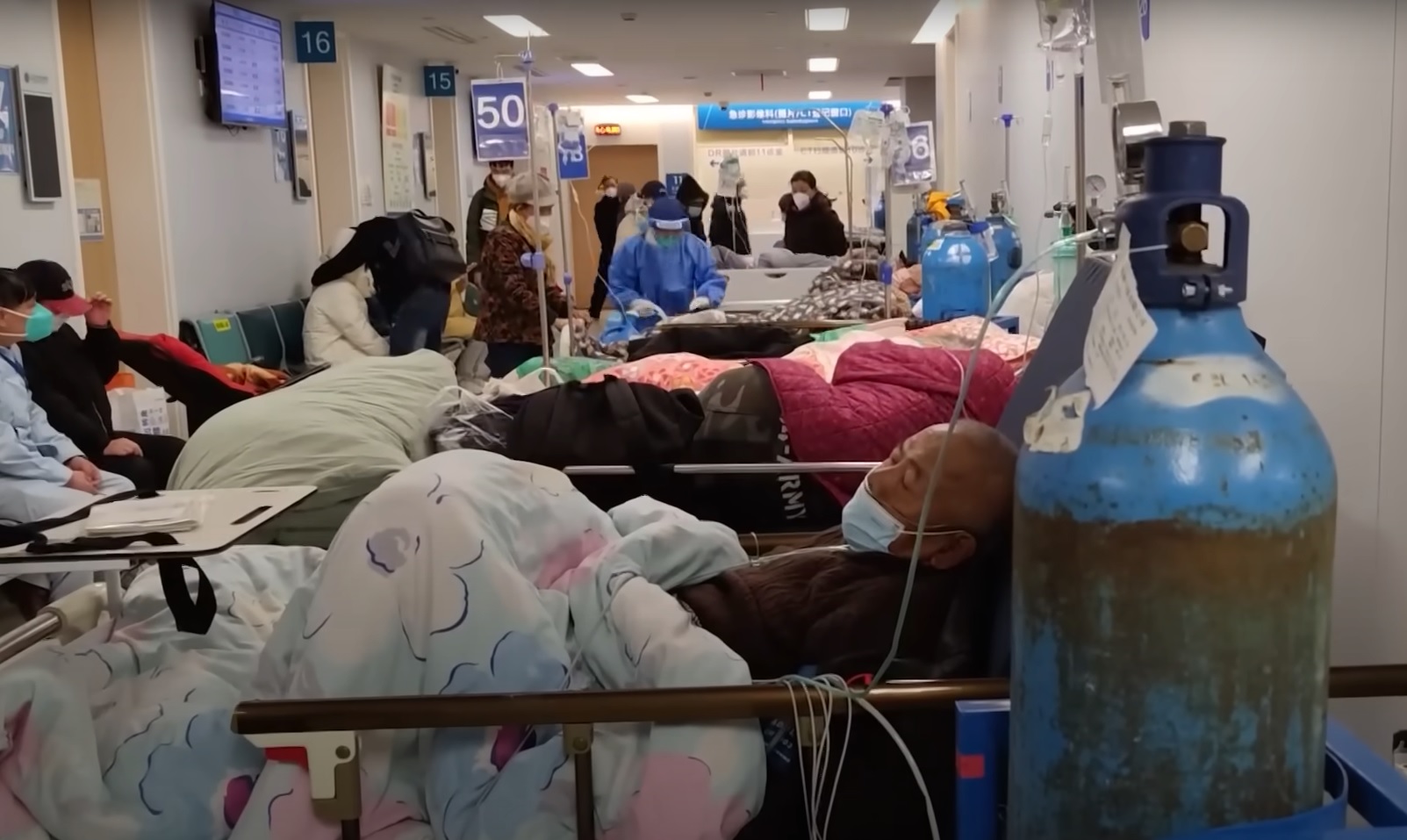 China’s COVID-19 cases are on the rise as restrictions are relaxed.

China has reported 60,000 Covid-related deaths in less than a month, the first significant death toll since the country abandoned its zero-Covid policy.

With evidence of hospitals and crematoriums being thronged, China has been widely accused of underreporting coronavirus mortality.

China recorded 59,938 Covid-related deaths between December 8 and January 12, according to Chinese officials. They also suggested the majority of those who died were over the age of 80, and with underlying medical issues.

The numbers include 5,503 deaths directly caused by the virus and 54,435 deaths caused by underlying illnesses associated with the infection. Since the data only included deaths reported at medical facilities, the true total is likely to be higher.

Beijing made slight changes to the way it categorizes Covid deaths last month, only listing individuals who died of respiratory failure caused by the virus.

The World Health Organization has rejected the criteria, calling it “very limited.” It feels the criterion failed to include most of the COVID-19-related deaths.

Beijing has consistently claimed that its data are accurate, urging the WHO to “uphold a scientific, objective and just position.” According to officials, the number of individuals hospitalized with severe Covid peaked in early January but has since remained high. They stated that they would continue to monitor the situation in rural areas, focusing on early detection and treating the most vulnerable first.

The World Health Organization has urged China to continue disclosing information on the COVID-19 outbreak after the government disclosed approximately 60,000 deaths since early December, despite weeks of protests that it was failing to alert the public.

The declaration of the official death toll on Saturday was the first since the ruling Communist Party abruptly lifted anti-virus regulations in December, despite a rise in infections that filled hospitals. As a result, the WHO and other governments appealed for information, while the United States, South Korea, and other nations have imposed restrictions on Chinese travelers.

Between December 8 and January 12, the authorities reported 5,503 deaths from COVID-19-related respiratory failure and 54,435 deaths from cancer, heart disease, and other disorders associated with COVID-19.

The declaration “improves understanding of the epidemiological situation,” according to a WHO statement. According to the report, WHO Director-General Tedros Adhanom Ghebreyesus spoke via telephone with Health Minister Ma Xiaowei.

“The WHO requested that this type of specific information be provided to us and the public in the future,” the organization stated.

According to the National Health Commission, only fatalities in hospitals were counted, therefore anyone who died at home would be excluded. It did not say when or if it will provide revised figures.

The report brings China’s official COVID-19 death toll to 10,775 since the disease was discovered in late 2019 in the central city of Wuhan. China’s official toll includes only deaths from pneumonia or respiratory failure, which excludes numerous deaths in other nations that could be related to the virus.

In the early stages of the pandemic, China was one of the first countries to take drastic measures to combat the spread of the virus. These measures included the implementation of strict lockdowns and travel restrictions, as well as the use of technology such as contact tracing and facial recognition for surveillance. Additionally, China has deployed military personnel to assist in the fight against the pandemic and has also implemented numerous public health measures such as mask-wearing, social distancing, and temperature checks.

Despite these stringent measures, China has still been severely impacted by the pandemic. The country has seen a massive loss of life. Additionally, the economic repercussions have been significant, with the Chinese economy shrinking by 6.8% in the first quarter of 2020.