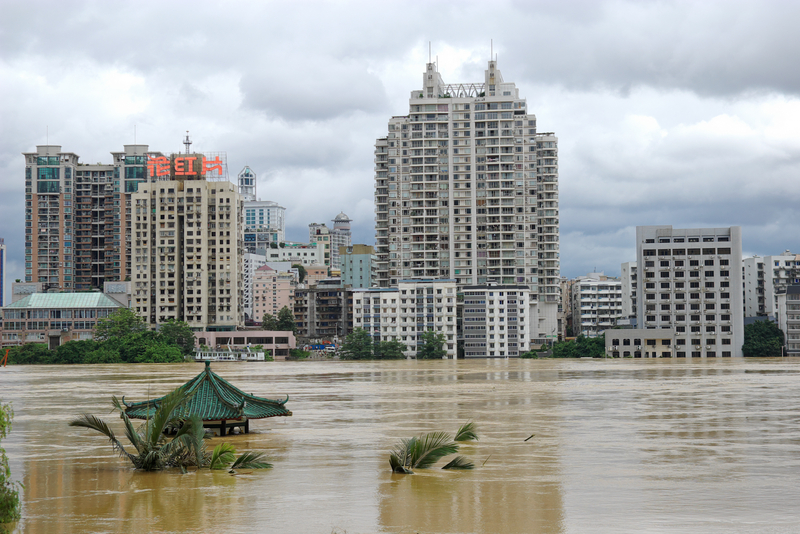 While most of world got to know Wuhan, an epicenter of the covid-19 virus since 2019, in Hubei province, China. Lately, a well-known danger has been making the headlines. About 362 kilometers from Wuhan is another potential disaster in the making, a collapse of the Three Gorges Dam.

On Friday, 2nd July 2021, the world’s largest dam, Three Gorges Dam on the Yangtze River in the city of Yichang in Hubei province was reported to be filled beyond capacity, over flooded the surrounding cities and towns, caused a massive evacuation and deaths. The Dam which has a depth capacity of 175 meters was said to have been filled to be at least more than 20 meters above the official warning levels during the summer raining season.

The dam project all started with a poem by Chairman Mao, “A levelly lake rises above high gorges.” A phase that expressed a jubilant tone during his first tour to Yangtze river in 1956. The communist party officials interpreted the poem as a wish in building a dam. Later, several communist leaders tried to launch Mao’s ‘ambitions’ cryptically written in his poem, but all were held back by various challenges – environmental degradation and harming rare species, as well as massive displacement of populations that lived along the Yangtze river for generations.

Finally, in 1994, amongst rejection of one third of people’s congress, which was very rare in a one-party controlled government, hundreds of Chinese scientists and experts’ appeal of abandoning the project, then Chinese president, Jiang Zemin, who was notorious for his self-promotion and power-grabbing, ordered the construction of Three Gorges Dam. The $31 billion-dollar project took over a decade to complete. It stands as the largest dam in the world boasting of:

*An installed capacity of 22.5 gigawatts

*Stretching 2,300 meters across the Yangtze River

The Three Gorges Dam is the largest dam (by holding capacity) in the world since its completion in 2012. It was built to generate electricity and regulate the annual flooding of the Yangtze river, thereby reducing the occurrence of devastating floods. In 2003, Chinese officials boasted that the dam could withstand the worst flood in 10,000 years.

However, contrary to the claims of many officials in the Three Gorge Dam Corporation, the dam seems incapable of handling floods as peak water flows that measured over 70 thousand cubic meters per secondhave strained it in the last few years.

Concerns have been raised that the dam will not be effective enough to control the floods and might even collapse, leading to catastrophic consequences in flooding half of China southern region where hundreds of millions of Chinese reside.

The dam has been a highlight for the media since August, 2019, when the dam received its highest peak after weeks of record rainfall and floods leading to hundreds of casualties and hundreds of thousands of evacuations according to BBC News.

The recent floods are however nearing last year’s devastating effects as hundreds of thousands of people have been displaced from their homes and millions more stand at risk of being affected by the floods.

As of Thursday July 1st, 2021, the Yangtze River was moving at 75,000 cubic cm/sec filling the reservoir capacity of the Dam to over 164 meters. By Friday, the 175 meter official capacity of the Dam had been superseded by more than 20 meters. This spurred the emergency release of water at a record discharge volume of 48,000 cubic meter/second in order to prevent over-flooding of the Dam which put the integrity of the massive structure in danger.

Coupled with the massive flow of water, other factors regarding the condition of the Dam are giving the world concerns as to the proper functioning of the Dam:

* Earthquake zone: Scientists have found that the Dam is located on two Earthquake prone zones which in the event of an earthquake will cause catastrophic damage to the Dam. A severe lapse in the Chinese government’s research prior to the party’s order in constructing the dam.

*Substandard building materials: Reports state that visible cracks can be seen on the base of the structure most likely on account of using substandard materials for the construction in the first place. There have been reports of satellite pictures showing clear distortion in the structure of the dam, supposedly due to low-grade construction materials and high-water pressure.  A handful of memos stating quality control conflicts between Chinese steel standard and international standard had been revealed by Chinese media and oversea scholars, such as Weilou Wang, a hydrological engineer.

*Poor Waste Disposal: Reports state that the Yangtze River is a major dump spot for city and industrial waste in the region. Heavy dumping of waste into the river has resulted in the increased weight of the river and consequently an overall increase in the pressure exerted on the Dam.

As fears are escalating just as fast as the massive floods persisting, the government is desperately reassuring its citizens (especially the 1.3 million people that could be directly affected) that there is no need to panic, saying it will do all within its power in fighting over heaven to prevent life-threatening floods.

We hope heaven will listen.