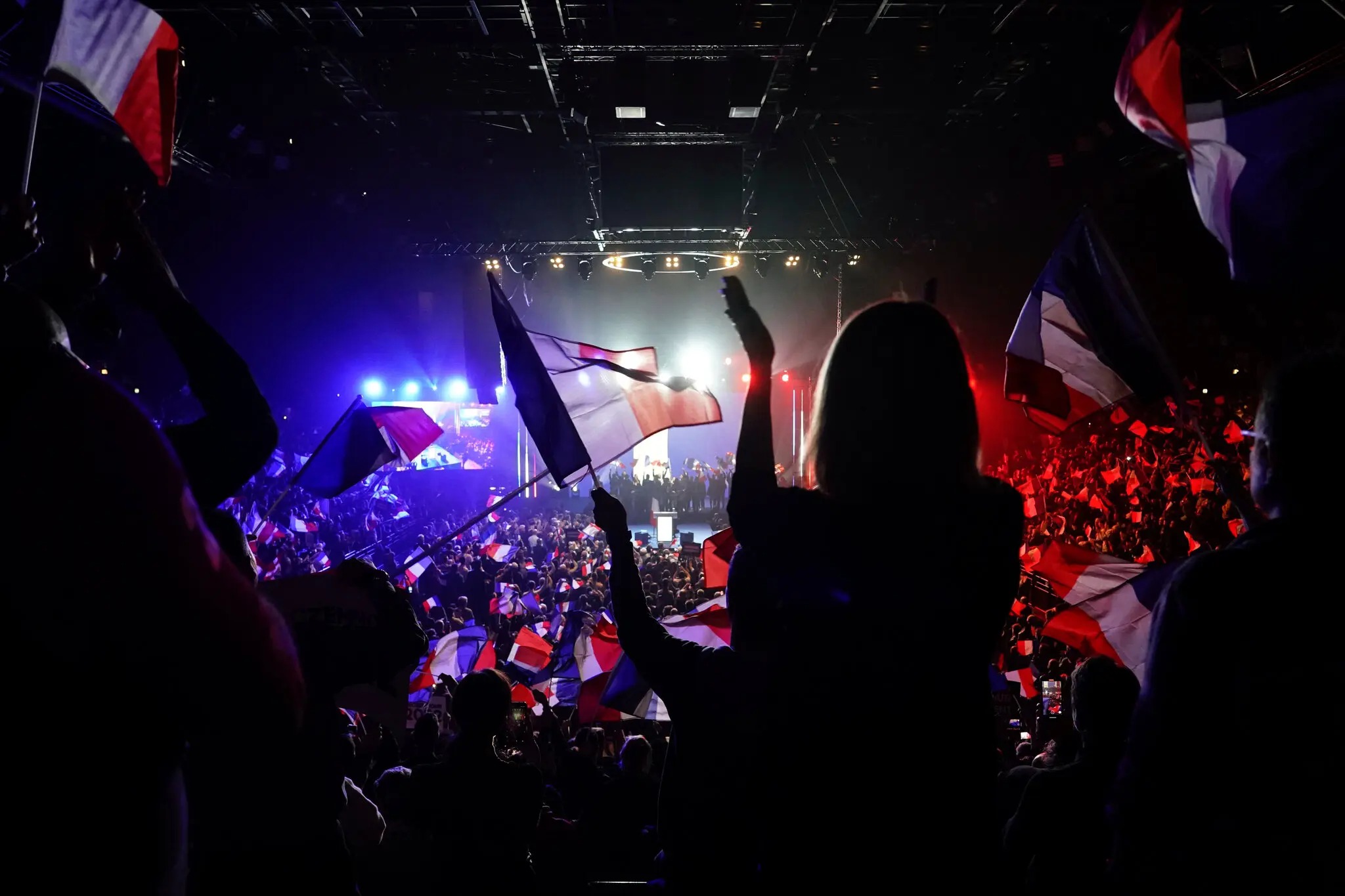 A campaign rally for Éric Zemmour, a French far-right presidential candidate, last month. He has set the themes of the race with the anti-immigrant and anti-Muslim views he had put forth on television in recent years.Credit.(Photo:Laurent Cipriani/Associated Press)
By Zhihui Zou March 19, 2022 3:19 pm PST
Facebook
Twitter
SHARE
Facebook
Twitter

Macron has announced his expected plans for his second term. During a news conference on March 17, Macron said “we [the French people] are at a tipping point where we can make a real difference.” Macron not only refers to the conflicts in Ukraine, but also other issues such as climate change and economic relations.

“Many of the things that we have to do today, in a time of crisis, and that we will have to do in the coming months and years will structure the life of our country in the long run,” Macron continued.

Macron also said that making France more economically, resource, and politically independent is another of his objectives. He has shared plans in increasing France’s agriculture and industry, as well as strengthening the army and building more nuclear reactors to decrease carbon emission.

The current president has strong statistics to secure his votes. During his presidency, France saw an economic boom, making France one of the strongest economies in Europe. In addition, France’s employment rate reached the highest in nearly two decades.

Macron did not feel his former accomplishment was sufficient.

Many news agencies, such as Reuters, all believe that Macron has a good chance to at least win the first round of election. The Economist’s poll-based model predicts all other candidates will have an “uphill battle” against Macron.

Macron’s last minute decision to join the election drew him criticisms from his political opponents.

“The president wants to be re-elected without ever really having been a candidate, without a campaign, without a debate, without a competition of ideas,” Gerard Larcher, the President of the Senate, criticized, according to France 24.

Despite receiving the most signatures from elected officials, Valérie Pécresse, President of Regional Council of Île-de-France (the most populated administrative region in France), has less than 20 out of 100 chance of winning the first round of election while Macron having a near 100 out of 100 chance, according to the Economist’s model. According to the same model, the candidate right behind Macron is Marine Le Pen, whose chance for winning the first round is just below an 80 out of 100.

During the conflicts in Ukraine, Macron’s pursuit for peace has also given him voters’ support that other candidates did not receive.

Macron does have certain weaknesses in his campaign. As a controversial figure, Macron is still receiving criticisms regarding his labor reforms that benefited businesses. The anti-government Yellow Vest protest in 2018 is a key example.