Home News Commentary Do the Western Sanctions Work on Russia? 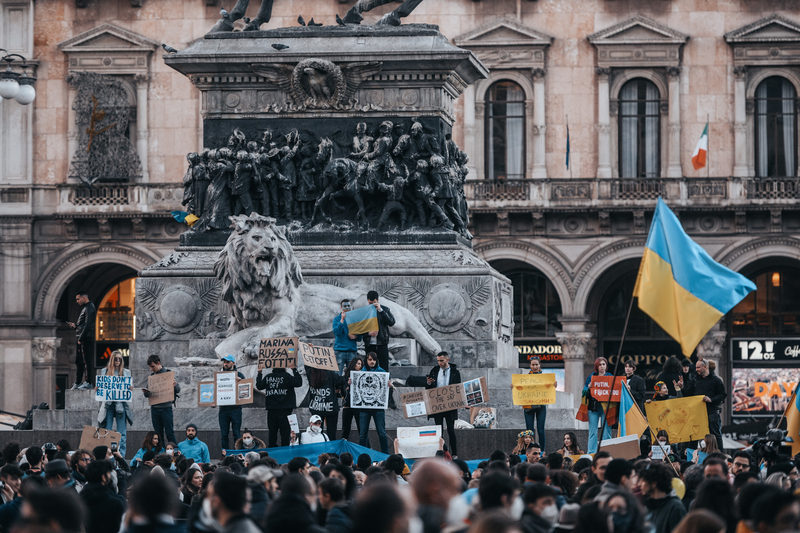 Russia launched an attack on Ukraine on February 24 by hitting the cities with airstrikes or shelling. As a result, people of Ukraine have fled their homes seeking refuge in train stations and public parks and have lined up outside shops for food and water. At least dozens of Ukrainian civilians died in the conflict as of Thursday. Some reports said casualties increased to about 150 on Friday.

After threatening for days to go on the offensive, Russian President Vladimir Putin took the call to go on a “full-out war” against Ukraine. His troops have surrounded Ukraine from all sides and have vowed to demilitarise the country in the coming days.

A Flurry of Sanctions

Many countries, including the U.S., have condemned Russia’s actions in Ukraine. Many have also imposed economic sanctions on Russia. The U.S. has also brought sanctions against individual Russians who are supposedly close to Putin. Some sanctions also target Russian banks. And the assets of Putin himself have been frozen by European banks.

But do these sanctions work? How have sanctions against Russia worked in the past? What stops the West from enforcing more “harsher” sanctions?

When Russia annexed the Crimean Peninsula in 2014, the West imposed similar economic sanctions on Russia and its oligarchs. An oligarch is a wealthy Russian leader who has close ties to the country’s president. But it had no impact whatsoever on Russia’s annexation of Crimea. Russia is still in control of that region.

The 2014 sanctions did have an impact on the Russian economy. Russian business found it more challenging to arrange funds. Russian banks could not quickly get loans from foreign sources. And these led to a recession in the Russian economy. But immediately after two years, the economy recovered, and Putin continued to be president.

So the impact of the 2014 sanctions was narrow and hurt only for a short period. And things were back to normal in quick time. The reasons for such “less hurtful” sanctions are two-fold. One is the dependency of Europe on Russia’s gas. Another is that reverse sanctions by Russia may again hurt the European economy.

A critical factor that has to be considered is Europe’s dependency on Russia’s oil and gas. More than 40% of the European Union’s energy needs are sourced from Russia. Germany, France, and a large part of Europe benefit from the crude imports made from Russia. So a reverse sanction by Russia could hit the economy of Europe and lead to recession. This explains the hesitancy of some countries to treat Russia as an enemy. And also the “lighter” sanctions, which do not have the intended effect.

But if Europe somehow manages to stop gas imports, Russia’s economy will collapse sooner given its dependency on fuel exports. About 1/3rd of Russia’s revenue comes from crude exports to Europe. So a meaningful sanction will be to ban gas imports from Russia and search for alternatives to satisfy their fuel needs.

So the European leaders are caught between a rock and a hard place. Whether to hurt Russia by stopping gas imports which will hit their economies, or to continue importing and try to threaten Russia with some other sanction. The sooner they can answer this dilemma, the better.

But, unless the Russian gas imports are stopped, no other sanction will work against Russia and force it to halt its war against Ukraine.