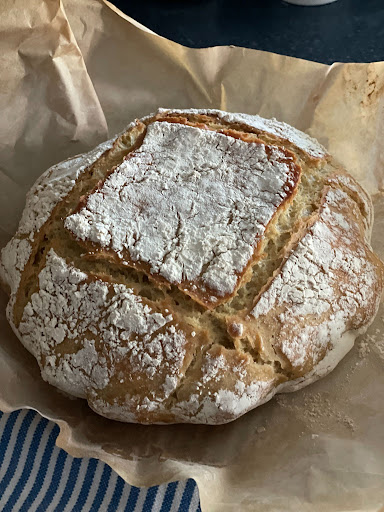 Einkorn wheat was once a nutritious staple nourishing the European continent since the Bronze Age around 6,000 BC. With the rise of industrialized farming after World War II, the crop, like many others, has been replaced by those that have been engineered and selected to withstand chemical fertilizer, pesticide, and herbicide use and which offers easier harvesting and significantly more yield. Though we produce an abundance of food with genetic modification, the nutritional value of the foods we consume has decreased substantially. According to the NIH, 92% of the U.S. population has a nutrition deficiency, leading to a host of diseases and ailments including ADHD, diabetes, cancer, alzheimers, asthma, osteoporosis, macular degeneration, the list goes on… Einkorn wheat, cultivated again by a few farmers, is seeing a return to quality and sustainability.

Benefits of Einkorn Over Modern Wheat

Wheat had originally been dubbed the “staff of life” due to its high nutrient content. The modern dwarf, high yield variety commonly cultivated now barely has any nutritional value. 99% of wheat cultivated around the world is the modern, genetically modified dwarf wheat. Also, modern wheat affects the body in the same way sugar does. Blood glucose levels and insulin spike, leading to significant weight gain. The carbs in modern wheat are basically the same as those in refined sugar. The spike in blood sugar levels from consuming modern wheat causes immunoreactive problems and actually inhibits the body’s ability to absorb important minerals.

Indigo-herbs.co.uk stated of einkorn’s benefits over modern wheat, “not only does Einkorn contain more protein, vitamins, minerals and fatty acids than modern wheat, its nutrients are more bio-available to the body due to it containing over 50% less phytic acid than regular wheat. Phytic acid inhibits the absorption of nutrients whereas the nutrition from Einkorn comes in a form that is easily absorbed by the body. Because Einkorn doesn’t wreak havoc on the digestive system it is in a better condition to absorb the nutrients from food consumed. Einkorn is high in protein, fiber, vitamin A, B vitamins and many important minerals.”

The great thing about einkorn wheat is that it can be 100% substituted in place of modern wheat. Einkorn wheat is easy to bake with, doesn’t require much rising time, and it has a richer flavor that makes it perfect for use in breads, cookies… you name it.

Lastly, the farmers and companies that grow and sell einkorn wheat such as Jovial, are committed to sustainable farming practices and grow organic crops. Grab yourself a bag of einkorn flour today and try the easy bread recipe below:

In a large bowl, combine water, yeast, oil or butter, sugar or honey. Stir until creamy.

Measure the flour with a baking scale or spoon into a measuring cup, then add it on top of yeast mixture. Sprinkle the salt on top.

Mix with a spatula until the flour is absorbed and you have a wet, sticky dough.

Transfer the dough to a lightly floured work surface. The dough will feel very sticky and wet, but try not to add more additional flour than what you have dusted the work surface with or you may find dry flour baked in the bread. Shape the dough into a loaf.

Place in the loaf pan and cover.Let rise for 30 minutes.
Remove the plastic wrap.