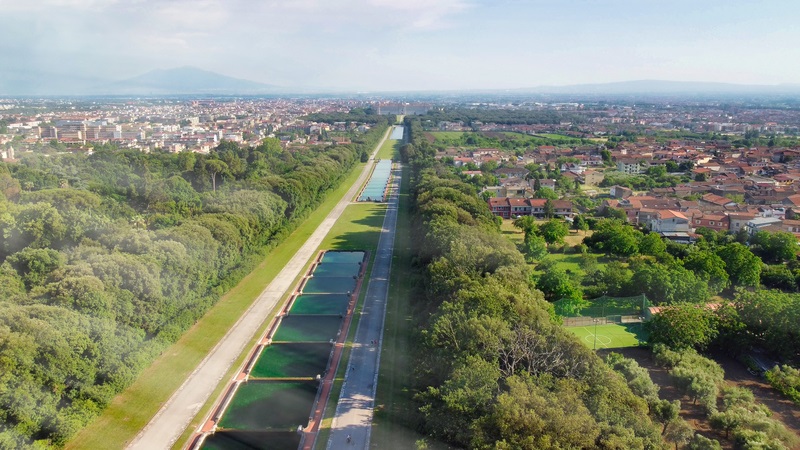 On the outskirts of Naples, Italy, The Royal Palace of Caserta (Reggia di Caserta) is the inspiration behind an exhibition currently being hosted by UNESCO. The exhibition entitled Fragments of Paradise: Gardens at the Time of the Reggia di Caserta began on July 1, 2022, and will continue until October 16. The esteemed event is being curated by the Director of Reggia di Caserta Tiziana Maffei, along with Alberta Campitelli and Alessandro Cremona.

Fragments of Paradise displays and celebrates the beauty of the Royal Park, the undertaking of Charles de Bourbon, King of Naples, and his wife Maria Amalia of Saxony, as a means of portraying the splendor of their reign.

The exhibition will include around two hundred pieces on display such as paintings, drawings, objets d’art, sculptures, books, and herbaria. Illustrations will also portray the garden’s history with depictions of its landscape, showcasing its design and how it has evolved from the Renaissance period to the 1800s.

Numerous models of the gardens have been fashioned, including the Italian or French design, as well as the more contemporary laissez-faire English model. These models represent the Garden of Eden, which is believed to be symbolic of humanity’s primary goal: the creation of an environment both perfect and marvelous.

Director Tiziana Maffei shares that “the exhibition at the Reggia di Caserta, the product of demanding research that has involved the cooperation of numerous national institutions and scholars, sets out to illustrate, for both experts and a broader audience, the different values concealed behind these minor representations of Paradise while also shining the spotlight on the urgent need to safeguard them in order to ensure their full accessibility and the opportunity to hand their beauty down to future generations.”

The work of renowned artists has been brought to the fore once again through Fragments of Paradise; these artists include Hubert Robert, Hendrick van Cleve III, Jules-César-Denis van Loo, and Giusto Utens, all who revived the reverence for the Royal Park through their masterpieces.

Much focus is placed on Jacob Philipp Hackert, who was instrumental in representing the botanical grandeur of landscapes across Southern Italy. Many of the designs were sourced from Italian and European museums and institutions and were previously uncatalogued.

Italian actor and a key player in the curation of Fragments of Paradise, Alessandro Cremona says, “On entering the park of the Reggia di Caserta, one is immersed in every single one of the meanings with which the Western garden, and the Italian garden, in particular, are imbued.” He continues, “The exhibition leads visitors through this extraordinary complexity, wending its way through the heavenly labyrinth of the painted and imagined garden, prompting visitors to ‘take delight’ in the vision of Vanvitelli’s splendid gardens.”

To unveil the full glory of the Royal Palace of Caserta Park, the exhibit is organized by different thematic approaches to the gardens.

The second section highlights the garden and the landscape, showcasing the connection between gardens situated from Campania to Lazio, the Marche, Tuscany, and Piedmont.

Third, the exhibit reveals the garden as a stage set, an illustration of the displays of power, festivities, and theatricals.

Fourth, there is a display of water within the gardens, a picturesque display of waterworks, fountains, and waterways, with a scenic representation of lakes, rivers, and the sea.

Fifth, the exhibit shows the garden as wilderness, an exaltation of the forests and estates attached to the villas, spanning the Medici gardens up to the 19th century.

Sixth, one can see the garden as a setting for religious and mythological narratives, as artwork from artists such as Pietro and Gianlorenzo Bernini portrays Christ “the gardener,” various mythological and literary episodes, and allegories of the seasons.

Finally, the exhibit highlights the botanicals in the garden, focusing on the plants’ varying roles and functions. It covers historical and cultural engagement with plants such as the eventful “Tulipomania,” and the growth of botanical science.

Joining forces to produce the prestigious event are Camera di Commercio di Caserta, the Amici della Reggia di Caserta, Colonnese and Friends, Associazione Parchi e Giardini d’Italia, Grandi Giardini Italiani and the European Route of Historic ​Gardens. The hope is that Fragments of Paradise will reintroduce a love for the relationship between history and nature as one experiences the beauties of the Royal Park at Reggia di Caserta. As such, its preservation, even in the form of art, is of utmost importance.