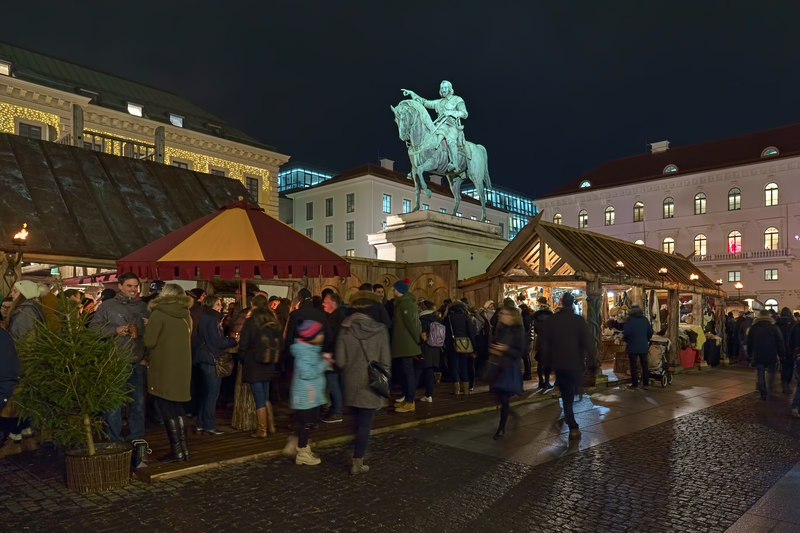 After parties, malls, restaurants, and traveling being largely canceled during 2020’s Christmas holiday, many in Europe are now hoping to enjoy a normal Christmas holiday this year. But the new surge in Omicron cases is about to undermine this year’s cheerful ending.

In France, more than 29% of parents have given up purchasing toys for their children, according to a study published on December 2 by IFOP and Dons Solidaires. About 57% of the study participants believed that their “purchasing power has declined since the start of the Coronavirus crisis.” The study identified inflation as the primary cause behind the gloomy public atmosphere.

During the pandemic, France saw a 2.6% rise in inflation, though it is almost a third than the inflation in the U.S., which climbed by 6.8% as of December. Still, more than 90% of French saying there are more or less worried about the inflation, according to IFOP and Dons Solidaires.

Suzanne Black, a clinical psychologist, told FRANCE 24, “We tend to forget that it is still a time for necessary vigilance. Now, once again, we have to re-evaluate how we assess risk and whether we should go ahead with our plans for the holidays,” Black added. She then described the people under the current situation as “despair, loss of control and grief for how we once lived our lives pre-pandemic.”

A similar financial worry could be seen throughout Europe. According to Action for Children, a charity organization in the UK, about one-third working parents plan to take extra time or avoid time off to support their finances.

“This year, families have faced that one-two punch of going through the pandemic – lots of people have lost income, they may have been furloughed, they may have lost their jobs – and now they’re going into winter and facing massive price rises,” Joe Lang, head of policy and research at Action for Children, told FRANCE 24.

Rising energy bills and food prices are among the top concerns of British parents. Overall, the study found “more than a third (36%) of parents said they feel under more pressure to give their children a happy Christmas this year.”

“All of that weighs down on people’s mood,” concluded Lang.

Another major element of a traditional holiday are the Christmas markets. Amid the financial burden, some Christmas malls or markets are facing strict Covid regulations. Munich becomes the first major German city to cancel its 2021 Christmas market. Munich mayor Dieter Reiter said in a statement “the dramatic situation in our hospitals and the exponentially increasing infection figures leave me no other choice: unfortunately, the Munich Christmas market cannot take place this year.”

Germany traditionally held around 2,500 Christmas markets per year, drawing both domestic and international travelers. This year, however, many might not be able to make it. Berlin has also canceled its Charlottenburg Palace market and Dortmund canceled its tree-lighting event.

The harsh restrictions have been implemented throughout the Europe. In the UK, Prime Minister Boris Johnson announced “Plan B” of Covid regulations. Masks will be required at cinemas and other large, indoor public gatherings, and vaccination or negative Covid test proofs will be required to enter nightclubs or sports stadiums.

Requirements for vaccination or negative Covid test proofs are becoming more common at public gatherings in many European countries. Portugal, for example, has fined airlines 20,000 to 40,000 euros per person for transporting untested passengers. The rising Omicron cases has caused Denmark to cut opening hours for bars and school, and workers are encouraged to work from home.

Amid the anxiety and gloomy holiday outcome, some decide to remain positive. Suzanne Black believed that people should “focus on the moment and on gratitude for what we do have in our lives.”