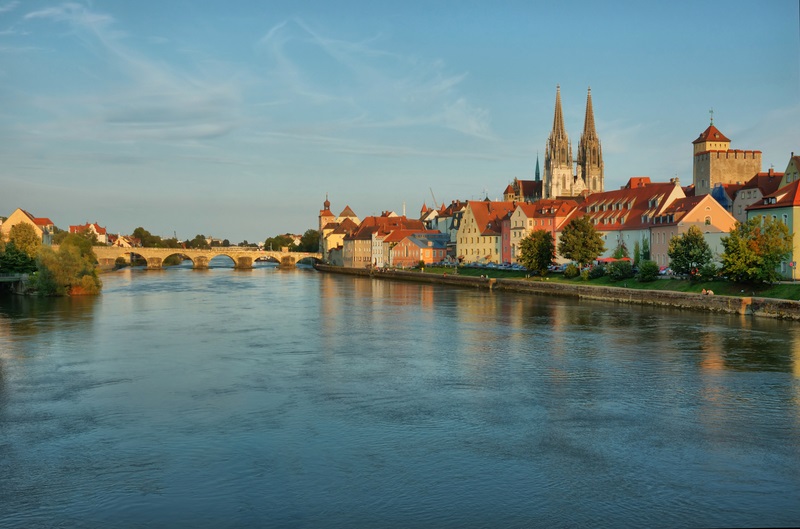 The emotional and physical impact of World War II left a vast impact throughout numerous cities and towns in Europe. The war destroyed centuries of history including art and treasures of the old times. Thankfully not everything was destroyed, and there are cities that remain intact to remind tourists and citizens of what took place both during the war and before it began. Many of these cities escaped the devastation of the war due to early surrender and little struggle against invading soldiers.

These are some of the important cities in Germany that were spared during World War II:

Despite being bombed repeatedly during World War II, Regensburg suffered little damage, and the majority of the city’s historic structures are still standing today. Such as the Cathedral of St Peter’s and Kirche Sankt Kassians.

During the war, one day after the combat Wehrmacht units left the city, the civilian population surrendered without resistance.  The city is now a popular tourist destination for its historical monuments.

Almost all of Lüneburg’s adjacent cities were destroyed by allied bombers during World War II, while Lüneburg was mostly spared. Now, in present times, there have been slow renovations.

Since there was an absence of a significant battle during WWII in this city, the damage was rather minimal. Schwerin is known now for its historical mercantile hubs, rugged cliff sides and beautiful lakes.

Marburg was classified as a hospital city in an attempt to preserve the entirety of its network of charming medieval homes lining its cobblestone streets. It’s also famous for its castles and medieval churches.

The two former mining operations of Goslar are an almost unharmed medieval landmark that is recognized as UNESCO World Heritage Sites.

The magnificent medieval architecture in the thriving academic town of Tübingen was not destroyed during the war. In the old town, Stiftskirche St. Georg is a late-Gothic church with stained-glass windows and city views from its tower.

The timberframed homes in the little town of Bamberg have been recognised as UNESCO World Heritage Sites. When the town was occupied by the US troops in the war no intense ground combat inflicted damage on the city.

Göttengen is a popular university town in Germany that was spared from heavy bombing during the war. In 1983, one of the facades of a mansion destroyed in the war, was rebuilt in accordance with the historical structure.

In World War II the city only suffered minor damages. Now the ducal palace and preserved ancient town of Celle are well known.

This old town with half timbered homes and Renaissance style structures largely escaped the war unharmed. The town is now known for producing the famous alcohol Jägermeister.

Due to Ravensburg’s strategic irrelevance to the allied forces, the small city was able to avoid bomb damage. Many of its older structures survived the Industrial Revolution and the subsequent conflict with little modification.

Wiesbaden had far greater destruction to their historical structures compared to other cities mentioned above. However, the downtown area was unaffected by one significant bombing that did most of the damage to the rest of the city. Wiesbaden is a now popular wine center known for its German champagne.