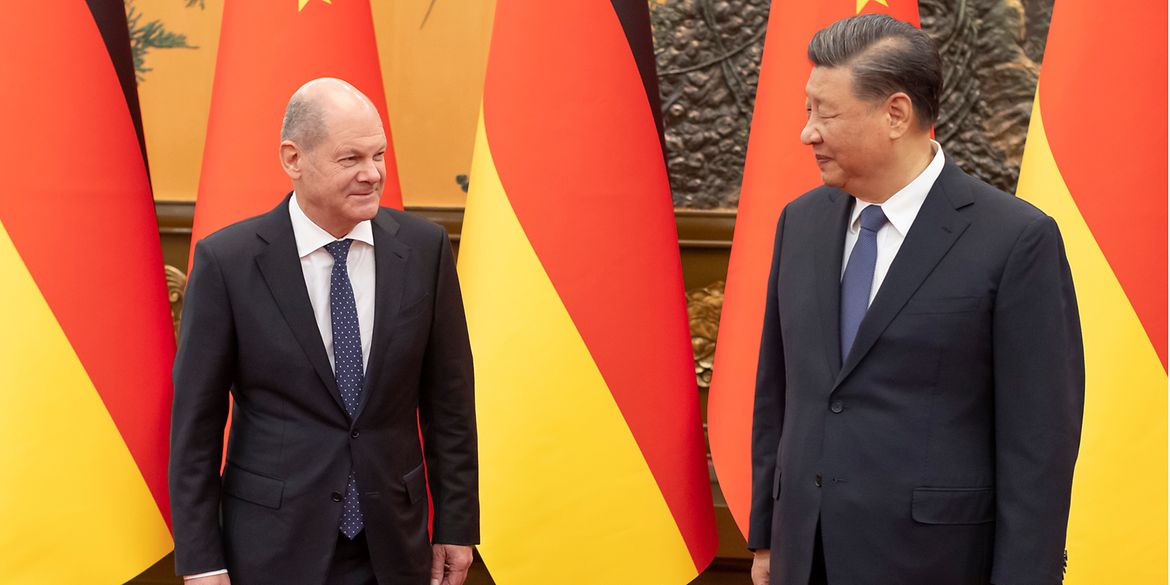 After years of increasing tensions between China and the western world, German Chancellor Scholz visited Beijing on November 4 warning against “irresponsible nuclear threats” over Ukraine. During talks with Chinese President Xi Jinping,  Scholz pushed China to guide Russia to stop the war as “Russia risked crossing the line” in the international community. He went ahead to strongly condemn Russian threats to use nuclear weapons and that China as a world power holds a responsibility to stop this from happening. Remember, this is the first visit of a western G7 leader to Beijing since the onset of the COVID-19 pandemic, and it lasted for a span of 11 hours.

Chinese President Xi Jinping refused to call out Russia for threatening to use nuclear weapons in Ukraine and refusing to withdraw troops. However, Xi Jinping agreed with Scholz on “jointly opposing the use or threat of use of nuclear weapons” over Ukraine, according to a readout by the state-run Xinhua news agency. There was a mutual acknowledgement between both Chinese and German leaders that times were tough and the Chinese President expressed his desire to work together in “times of change and turmoil.” The German leader expressed his concern over issues of rules-based global order due to Russia’s invasion of Ukraine. China pressed for deeper cooperation with Germany, especially after Xi Jinping cemented his grip over Beijing for the third time at the Communist Party National Congress last month.

There were talks on cooperation over a range of international issues like reciprocal market access, climate change and Covid-19 vaccines. Scholz vouched for Germany’s BioNTech to become the non-Chinese drug manufacturer to sell its Covid-19 vaccine to expatriates in China. Complaining about difficult market access to China he said “China seals off many sectors.” Analysts say that the actual concrete outcome of Scholz’s visit to China was China also formally announcing existing deals for Airbus (AIR.PA) worth $17 billion. The German chancellor argued that global problems can be solved through cooperation with China. He did not refrain from addressing controversies also, issues over which both countries strongly disagree. The German Chancellor touched upon the status of Taiwan and that if a transition occurs in future it should be peaceful and with mutual agreement. Moreover, talking about minorities in Xinjiang, Germany denied interfering in Chinese domestic politics but at the same time pushed for the protection of the human rights of minorities.

All eyes are on German Chancellor Schloz’s visit to China, especially the leaders of European Nations. The leader carries a very different approach in dealing with China and believes in changing their approach to China as China is doing the same. However, leaders back home have caught him off-guard and do not trust him. Green politicians say, “The signal that’s being sent is that we want to extend and intensify our economic cooperation.’’ The recent visit by the German leader was welcomed by Beijing, which is looking to shore up relations with the outside world.