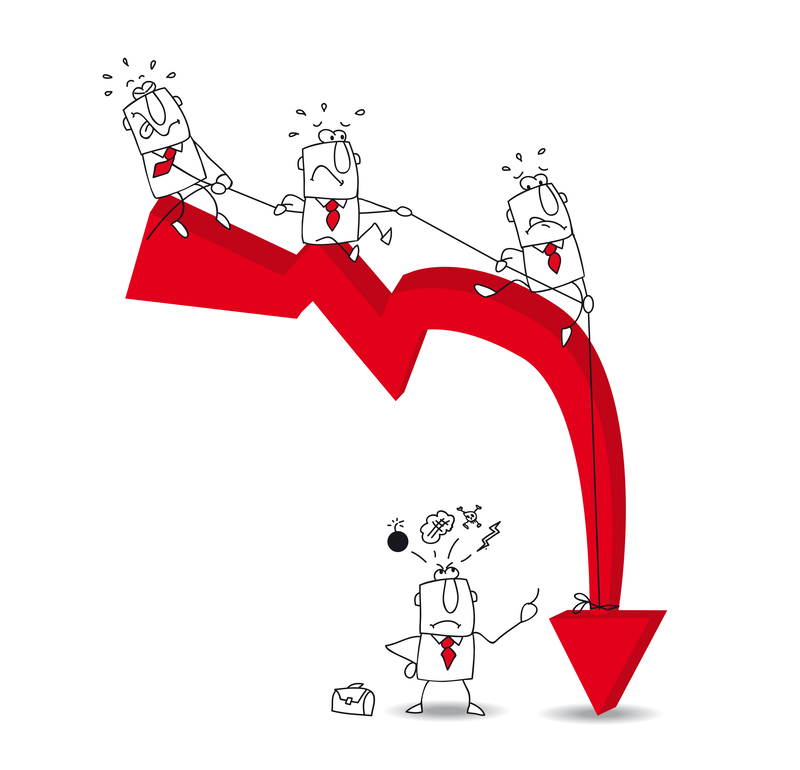 The global economy seems to be heading for yet another recession. The world has encountered four global recessions in 70 years (1975, 1982, 1991, 2009). Once again, the world sees slow growth and increased costs with several countries battling to recover from the effects of the COVID-19 pandemic.

With sharply increasing inflation rates, an energy crisis can pull the globe into recession. According to World Bank President, David Malpass, several countries could experience a recession. Prices for goods and services have risen sharply. The main indicator for global recession according to the World Bank is, “multiple major countries’ economies contracting at the same time” with poor financial growth.

The likelihood of global recession has also been confirmed by the International Money Fund (IMF) economist, Pierre-Olivier, who believes the world is on the verge of an economic recession. The economic activity of China, European countries, and the U.S. has slowed with rising prices. Historian Niall Ferguson has warned that the world might be walking blindly into a devastating economic recession similar to the one in the 1970s, or perhaps even worse.

While speaking to CNBC, Ferguson said, “I’m going to go out on a limb. Let’s consider the possibility that the 2020s could be worse than the 1970s.”

What happened in the 1970s? There was a war in the Middle East, skyrocketing inflation, and the OPEC oil embargo. However, the 2020s have been characterized by greater shock than the 1970s. First, the global pandemic disrupted the economy. Then came big monetary and fiscal mistakes, the war in Ukraine, and the risk of instability between the U.S. and China over Taiwan.

The pandemic, for example, has taken a great hit on the economy. In addition, China’s economic performance has not been improving. Not everyone has been vaccinated, and there is a possibility that China’s population will collapse by half by the end of this century, according to Ferguson. In April, it was reported that China had shocking drops in retail sales, a 2.9% drop in industrial production, and a surge in unemployment. The zero-COVID policy took a toll on the economy as major cities were on lockdown in the second quarter of the year. The threat of fresh outbreaks and lockdowns create further economic challenges. With the emergence of new coronavirus variants that hit the Caribbean and Latin America, efforts to combat inflation have seemed fruitless.

The Bank of England predicts that the UK economic recession will last one year and will usher in a high cost of living. Some believe that the phasing out of vaccine programs contributed to the economic recession as people continued to contract the virus.

There was a quick recovery in the U.S. economy from the pandemic; however, inflation has skyrocketed due to the bounce back in demand. The Federal Reserve (Fed) has tightened fiscal policy to slow the economy, but inflation is still constant. Salaries have not been adjusted to match inflation, resulting in hardship for many.

The price increase of goods and services will continue to increase if policies are not put in place to bring inflation to the Fed’s target of 2%. There is a need for the Fed to take stricter measures to reduce the inflation rates. The longer inflation continues, unemployment will increase, and economic growth will continue to slow down. Hence, there is a need to revisit financial history from the 1970s.

The economic situation has also been affected by the war in Ukraine. This war parallels the economic hit caused by the Arab-Israeli War, led by Syria and Egypt in 1973. The war in 1973 resulted in the involvement of the U.S. and Soviet Union and lasted for 20 days. In contrast, the Ukraine-Russian conflict has lasted for six months and is taking a toll on the energy market. Efforts have been put in place by central bankers and politicians to reduce the economic shock, but according to Niall Ferguson, the crisis cannot be avoided. With the war lasting longer than expected, the economy will still experience shock even as it sees an end to the European gas supply from Russia.

In addition to the Ukraine-Russian war, more recently the U.S. has been affected by the battle over Taiwan. Aside from Nancy Pelosi’s visit, other high-level U.S. delegations have visited Taiwan, which shows that the U.S. treats Taiwan as an independent country, irrespective of the agreement that was made in 1972 to respect the one-China policy. These moves show that the United States is shifting from strategic ambiguity to positioning itself to defend Taiwan in instances where China uses force. The goal of President Xi Jinping is to bring Taiwan under Beijing’s control. If there is a war over Taiwan in the nearest future, it will be economically disruptive.

The big monetary and fiscal policy mistakes have worsened the global economic situation as well. Debts have increased; productivity has decreased, and demographics continue to change. Many of the economic decisions could lead to lower standards of living and high rates of unemployment. The struggle has been worsened by the high interest rates used for easing inflation.

Historian Niall Ferguson has cautioned the world to be prepared for the major crises ahead. There is a tendency for humans to believe that something will “magically” happen and that there will be a soft landing. Hence, there is a call for governments and central banks to cooperate and ensure that the impact felt is as minimal as possible. He believes this solution can be achieved by supporting companies and boosting credit and liquidity.

With the geopolitical and economic shock, a new approach is needed that will help fight poverty and cause an increase in exports. There should also be proper coordination of monetary and fiscal policies to prevent waste and expansion of the tax base. As much as possible, countries that get revenue from the exportation of their products should reduce debts.