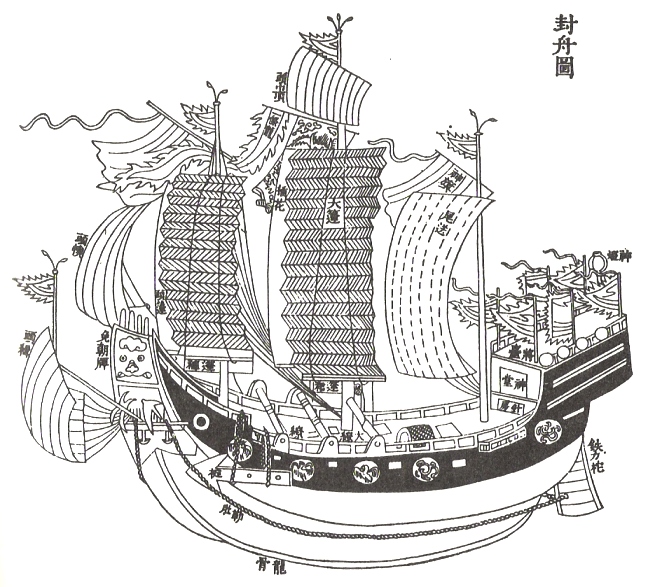 Print of a post-16th century Ming Dynasty junk ship. This is a hybrid Chinese ship, it showed influence of western ships such as bowsprit, bowsprit sail, and topsail. The print itself is made after the year 1700 in the Qing Dynasty.
By February 4, 2021 3:06 pm PST
Facebook
Twitter
SHARE
Facebook
Twitter

Great Voyages. Zheng He, a Muslim-born eunuch, is the most famous of the men that led the spectacular maritime expeditions of the Ming Dynasty, mounted during the early 15th century as an assertion of China’s power and prestige among neighboring peoples of Southeast Asia. Dr. Smith discusses Zheng He’s seven voyages, which reached beyond Southeast Asia to India, the Middle East, and the east coast of Africa over three decades—half a century before Portuguese navigators reached these same regions via the Cape of Good Hope.