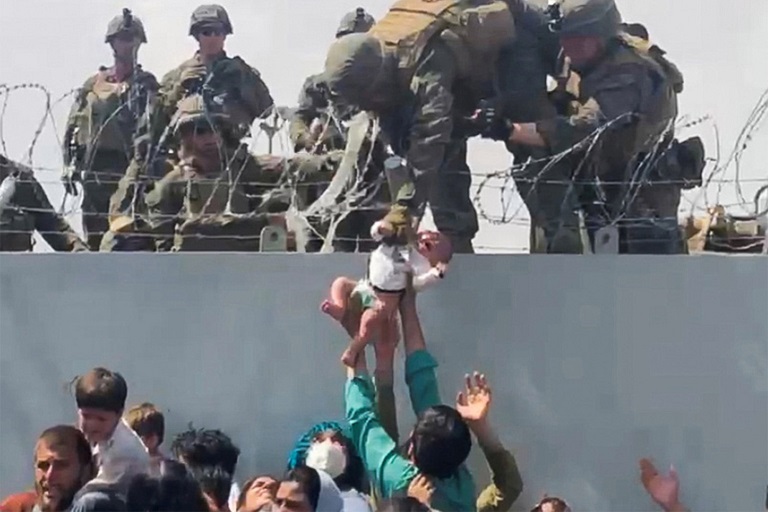 The heartbreaking scene played out at the wall around the Kabul airport — where thousands of Afghans are trying to flee from the Taliban-controlled country.

“The mothers were desperate, they were getting beaten by the Taliban. They shouted, ‘Save my baby!’ and threw the babies at us. Some of the babies fell on the barbed wire,” one British officer told the UK’s Independent.The Marine was filmed plucking the baby, reported to be a girl, from a crowd of desperate Afghans at Kabul’s Hamid Karzai International Airport.

Standing guard on top of the fence, a Marine lifted the girl up by her arm and passed her off to a fellow marine alongside him. The two marines are with the 24th Marine Expeditionary Unit, a Marine corps spokesperson told the Post.

Marine Corps spokesperson Maj. Jim Stenger stated in his twitter: “The baby seen in the video was taken to a medical treatment facility on site and cared for by medical professionals. I can confirm the baby was reunited with their father and is safe at the airport.” 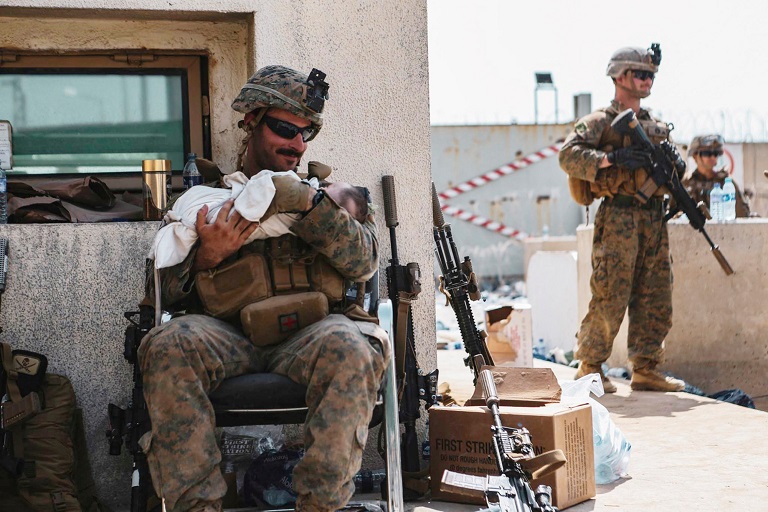 In this image provided by the US Marine Corps, Marines assigned to the 24th Marine Expeditionary Unit (MEU) calm infants during an evacuation at Hamid Karzai International Airport in Kabul.(Photo:US Central Command Public Affair)British soldiers revealed earlier this week that mothers were throwing their babies at them.

“It was awful what happened. By the end of the night, there wasn’t one man among us who was not crying.”