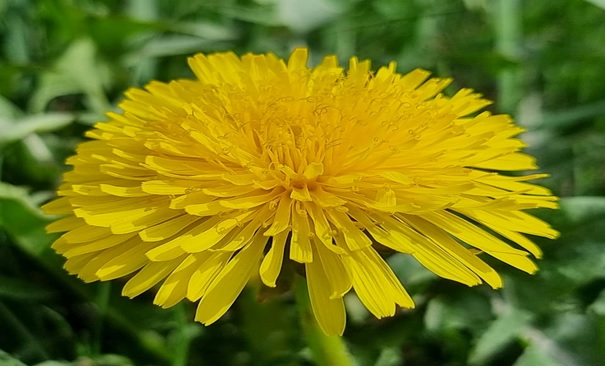 Herbs have been cultivated for thousands of years. Herb gardens around the world have helped shape the best-known dishes of Arabia, China, Egypt, Greece, India, and Persia. The way these cultures used herbs has built culinary traditions that have lasted into modern times, creating the distinct flavors upon which their cuisines are based today.

It is estimated that there is the number ofare between 750,000 and 1,000,000 plant species oin the world. The 500,000 of them have been identified and named. Around 2000 new flowering plant species are identified and named in eachevery year. The number of plants which have been used for medicinal treatment since ancient times shows a steady increase. According to a report released by the World Health Organization (WHO), the number of plants used for treatment is estimated to be around 20,000. The studies on medicinal plants and active substances derived from them have increased the interest in these plants in recent years. Many believe that natural treatment methods are harmless.

Herbs are used for both culinary and medicinal purposes – sometimes even spiritual ones. Their leaves are often the favored part of the plant, but herbal medicine also avails itself of herbs’ roots, seeds, flowers, berries, and bark.

The definition of a medicinal herb is more expansive than that of a culinary herb. Medicinal herbs may be shrubs or other woody plants, but culinary herbs are limited to only the leaves only of non-woody plants. Any portion of the plant may be considered herbs in medicinal and spiritual use, including the plants’ fruits and vegetables.

In cooking, herbs are narrowly defined as the leafy green parts of plants. The seeds, berries, bark, root, and fruit are classified as spices, rather than herbs. That is, herbs and spices are used in small amounts and are intended to provide food with flavor, rather than substance.

A growing number of people are drinking herbal tea to support their health and wellbeing. But while it may seem like a new trend in Europe and the US, tea’s use as medicine can be traced back as far as the Shang dynasty in China, some 4000 years ago.

One legend has it that the first ever cup of tea was drunk by the Chinese emperor Shennong (who is generally believed to be the founder of Chinese medicine) in 2737BC. While he was sitting in the shade beneath a Camellia Sinensis tree, boiling water to drink, a few leaves floated down into the water. The leaves changed the colour of the water and led Shennong to discover that the infusion had restorative properties.

It seems that every country has its own traditions surrounding the service of tea. In England, it’s popularly served with milk and or lemon. Arab countries favor mint, sage and basil flavorings. In Britain, tea was served any time of the day until the seventh Duchess of Bedford began the tradition of serving afternoon tea.

Whatever your preference, proper brewing is essential. Use fresh, cold water brought to a rolling boil. Pour the water over the tea. Stir it and allow it to steep for three to five minutes.