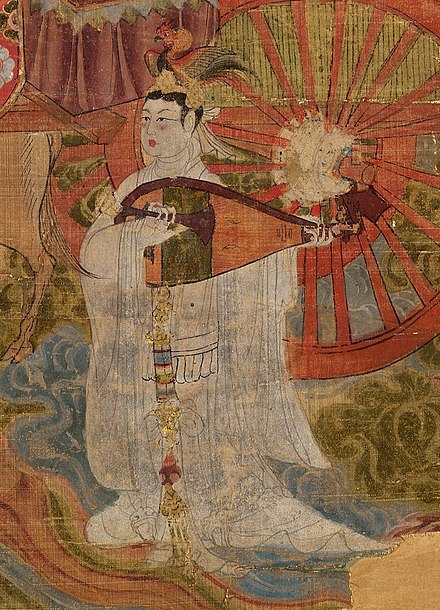 The pipa or p’i-p’a (Chinese: 琵琶) is a four-stringed Chinese musical instrument, belonging to the plucked category of instruments. The pipa is one of the most popular Chinese instruments and has been played for almost two thousand years in China. The instrument has a pear-shaped wooden body with a varying number of frets ranging from 12 to 26. Another Chinese four-string plucked lute is the liuqin, which looks like a smaller version of the pipa. The pear-shaped instrument may have existed in China as early as the Han dynasty, and although historically the term pipa was once used to refer to a variety of plucked chordophones, its usage since the Song dynasty refers exclusively to the pear-shaped instrument.