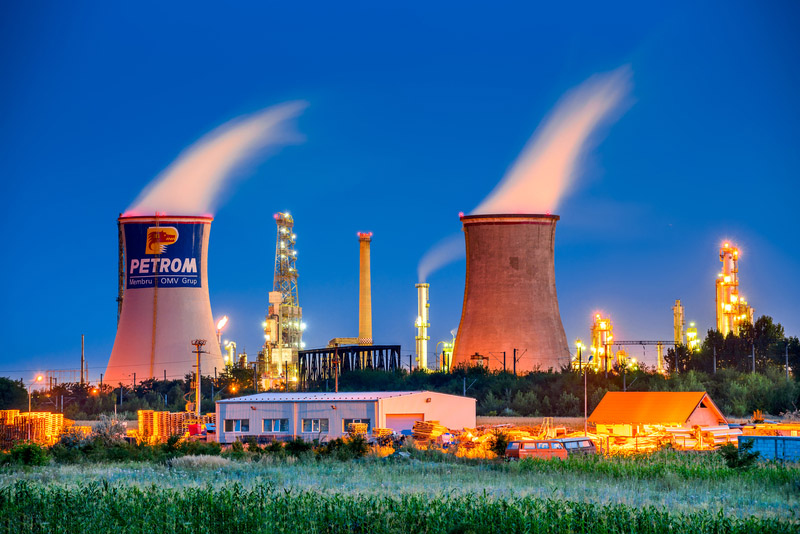 Following Russian President Vladimir Putin’s declaration of war in a pre-dawn televised speech on Friday, February 24, 2022, explosions and gunshots were heard throughout the day in Kyiv, the capital of the Ukraine, and boarder cities throughout the Ukraine. Moscow’s It invasion marked the worst conflict since World War II, sending terror throughout Europe and the world.

The invasion ended weeks of futile diplomatic attempts by Western leaders to prevent conflict in this disastrous manner. With this attack, there is rising concern about a rise in oil prices. Since Russia declared its invasion of the Ukraine, oil prices have risen much higher than $100 per barrel, the highest level since 2014 when Russia invaded the Eastern region of the Ukraine.

While Putin is breaking down the iron certain in the Ukraine, ordinary Americans need to realize that they will pay for the conflicts thousands of miles away.

Russia is the world’s third major oil distributor, contributing more than 12% of global crude oil output. Russia is estimated to have 107.8 billion barrels of proven oil reserves. It is the world’s second largest crude oil exporter and the world’s largest natural gas exporter.

Distribution of oil and gas worldwide before the Russia-Ukrainian crisis:

Russia’s invasion of the Ukraine has prompted widespread dread and concern around the globe, particularly among European importers, over the possibility of an increase in oil prices.

a) The United Kingdom:

Although the majority of oil and gas imported into the UK does not originate in Russia, the nation will bear the brunt of any price increases that result from the crisis.

b) The rest of Europe:

By far, Russia’s largest export to Europe is energy. Russia contributes 40% of Europe’s gas and 17% of its oil. Russia and Europe are inextricably linked, with Europe accounting for about 70% of Russia’s total oil exports.

However, how was oil and gas dispersed globally prior to the outbreak of this crisis? To begin determining the answer, let’s take a look at the top exporters and the global supply chain for oil and gas.

The Middle East is the world’s largest producer and exporter of oil and gas. Canada, the United States, Latin America, and the former Soviet Union area are next.

The top oil and gas exporters include the following:

c) Top importers of oil and gas from Russia:

The impact of the Russia-Ukrainian conflict on global oil and gas distribution:

Europe imports 40% of its gas from Russia, with Germany accounting for 60% and France accounting for 20%. The interruption of Russia’s oil and gas supplies to Europe after the application of sanctions is cause for alarm.

Europe utilizes 500 million cubic meters of natural gas each year, with Germany being the largest importer from Russia.

a) Some major developments:

Let’s take a look at the significant developments in this field of European sanctions.

This project is part of a larger effort to increase the amount of natural gas flowing across the Baltic Sea.

On January 28th, Ursula von der Leyen (President of the European Commission) and Joe Biden (President of the United States) issued a joint statement regarding the EU and US’s collaborative efforts to ensure a sufficient, continued, and timely supply of natural gas from alternative sources in order to avoid supply shocks.

Due to the decline in capacity in Sweden and the Netherlands, Europe intended to move to LNG, with its sights set on Qatar, the world’s second biggest LNG producer after Iran and Russia, but it reacted with its apologies for being unable to supply such a massive demand. The US – with annual LNG production of 70 billion cubic meters and exports of 25 billion cubic meters to the EU (5 percent of European LNG imports) – supplies some LNG to Europe, while the EU also stores some gas supply. Regardless, Europe needs more supplies and intends to expand its own production.

Whatever alternative to Russian gas supply emerges, prices are certain to rise, with a forecast jump of $150 per barrel cutting global economic growth by 75%. All eyes are on the US, OPEC, and the Middle East to ensure Europe’s eventual regeneration.

By using sanctions, the US, the EU, and the UK are attempting to damage Russia’s economy for its invasion of Ukraine. However, Europe is reliant on Russia for natural gas supplies, and the sanctions, being a difficult nut to crack, would generate domino effects on energy-dependent governments.