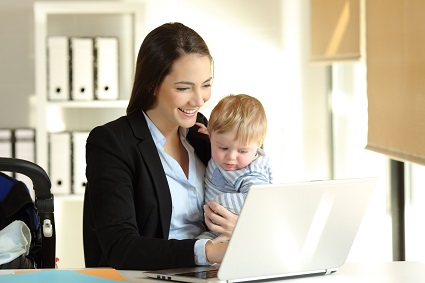 Historically, women have carried a large part of the reproduction of human beings, that is a big part of the humanity on their backs.

We know that two gametes are needed to procreate. Over the last centuries, our society has delegated to us this arduous task of being mothers.

In many societies a woman is not such, until she conceives a child.

Queens, princesses, prominent women, have been pushed aside for not being able to conceive. And what about those who, by their own initiative, chose not to be mothers and dedicate their lives to their art or profession.

The criticism and social condemnation of a woman who decided to be free, study and work, is something that history has a lot to tell.

One of the best series I watched last year was “Miss America” If you have not watched it, I highly recommend it. With an excellent performance by Cate Blanchett, Miss America recreates one of the best moments of women’s liberation in the United States, back in the 70’s between those who wanted to go out to earn a living and those who only wanted keep baking the apple pie.

Formerly women had many children, perhaps too many. A family with 12 or 13 children was commonplace. Nor was there as much information or sex education where women could choose or decide whether or not they wanted to procreate.

In short, nowadays it is not common to have a large family, and this is due to several reasons.

For one thing, life has become much more expensive. Feeding and educating 13 children today seems like an impossible mission, or rather, it is.

On the other hand, society has been changing. A few decades ago, women have decided to slam the door and leave family mandates behind.

However, countries like China, where motherhood has been reduced but for other reasons. The huge population has led the State to interfere with the personal decisions of families by establishing a sweeping population birth control where, with luck, a family could have a child. Despite a relaxation of the one-child policy since 2015, the Asian giant’s birth rate fell to its lowest level since the formation of the communist China 70 years ago.

In Europe, due to this wave of women’s liberation success, populations have been aging. That is why the policies, that is totally contrary to what happens in China, encourage families to have more children. Subsidy plans and paternity leave try to encourage more women to procreate.

In the poorest countries, such as those in Latin America and Africa, you can still see families with countless children and live with very low resources.

Another reason why women have stopped having many children is because they believe that a free and successful professional life cannot be balanced with motherhood.

With knowledge of the facts, as we say in legal matters, I dare to assure that it is not necessary to choose between one thing from another.

I am 45 years old and have five children. Yes, you have read that correctly, there are five at home. They range from 16 to 5 years old. And as if this weren’t enough, I’m divorced.

When I had my first daughter, Martina, at the age of 28, I was already a journalist and radio and television announcer. I lived in a very big city and worked several hours a day. I decided to move to a quieter town to take care of her and it was then when I got pregnant with the second girl.

With Emilia in my womb I began to study law. For six years my alarm clock went off at 5 am and I religiously prepared breakfast and sat reading books and legal codes.

Emilia was born, then Eugenia and finally Octavio. When I took my last subject exam, I celebrated the title and the arrival of Dante, the fifth and last of this beautiful family.

I work from home and also sometimes outside. I do sports, I play volleyball and every morning I ride 20 kilometers on my bike.

Last year COVID forced me to adopt some of new roles at home. I had to be a teacher at almost all levels of education. Zoom classes, Meet and Teams occupied almost all my days.

On the other hand, remote work had its greatest growth and it was the year in which I have worked the most in my entire life. I’m not going to say it’s easy, not at all, but as I always say, it’s not impossible. It all depends on the effort we put into what we do.

If there is something that this new world has taught us, it is that life is TODAY. That we have to plan with a pencil to be able to learn, think again and go along with our roles.

That everything changes day by day, and that we have to enjoy what we have without spending our lives waiting for a better moment.

Because this moment is TODAY.