Home Cultural How to Run a Successful Family? 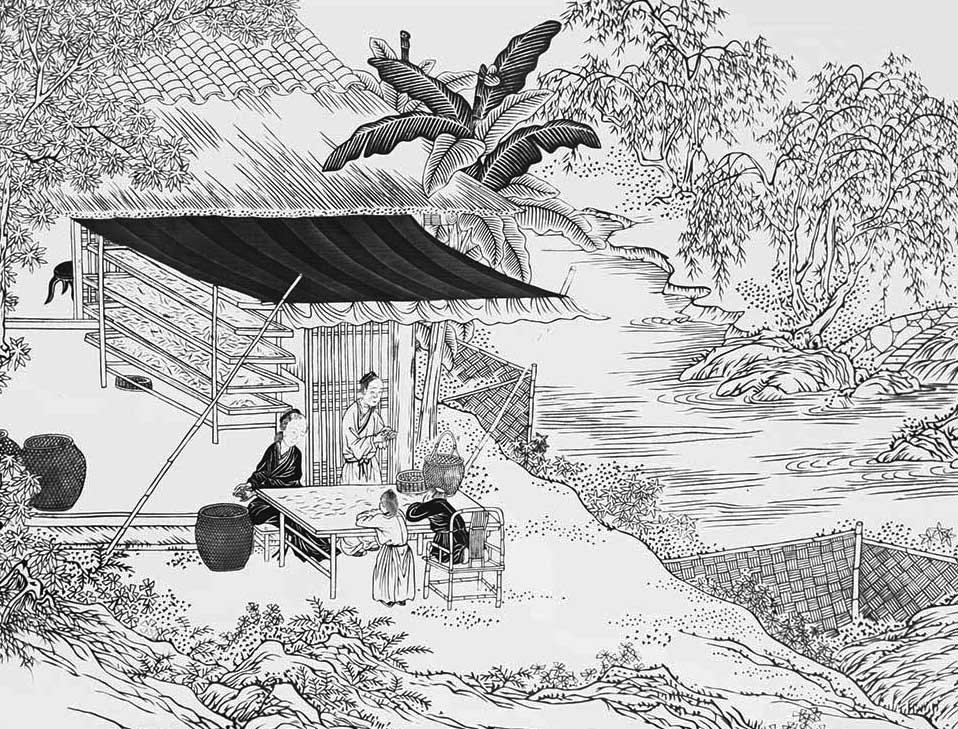 How to manage family life is a central point of discussion in all societies. No nation cares so profoundly and tediously about the rules and traditions of family life than the Chinese.

Thousands of Chinese idioms and phrases have been passed down for thousands of years; telling and retelling the basic rules of family conduct. One of the most well-known is Zhu Bolu’s (1617-1688) Maxims for Managing the Home. Zhu lived in the late Ming Dynasty and is best known for his understanding of moral behaviors around our daily lives. His Maxims for Managing the Home only contains 12 phrases (524 characters in the Chinese version) and has been regarded as one of the fundamental writings of traditional Chinese household behavior.

Influenced by the teachings of Confucianism, Zhu spread the idea of how a person should be hard-working and frugal when managing household chores. Zhu also believes in a peaceful lifestyle in which a person does not interfere in the affairs of other people. This is similar to the famous Confucius teaching of, “Let the ruler be a ruler, the subject a subject, a father a father, and a son a son.”

Because of his academic excellence, Zhu Bolu passed the Imperial Examination and was on his way to being an official in the Ming dynasty. In 1636, the Qing Dynasty overthrew Ming while Zhu was in his twenties. The dynasty change did not stop Zhu from pursuing his passion of spreading the teachings of good moral and Chinese traditions.

Zhu became a scholar under the Qing dynasty, continuing to spread his ideas on morality. The new government encouraged his teaching even further. His Maxims for Managing the Home even became one of the must-read books for adolescents and young adults during the Qing Dynasty. The Qing emperor Kangxi personally invited Zhu multiple times to become a court official, only for Zhu to reject all invitations, so as to focus his time on studying and practicing morality and ancient traditions.

Long before Zhu Bolu’s time, Chinese people had already been following rules of conduct passed down through generations. Zhu collected the centuries-old traditions and combined those of his own to form his Maxims for Managing the Home. Common farmers to well-respected scholars often used Zhu’s teachings as their motto. Different households had different methods of practicing Zhu’s teachings. Some would orally pass the lessons to their children, while others might write out Zhu’s phrases as antithetical couplets, a traditional Chinese form of poetry, and hang them in living rooms, on doors, or in corridors.

Before the Chinese Communist Party took over the Middle Kingdom in 1949,  many of Zhu’s teachings had become the framework for Chinese home life as well as a study of history. Because of his contribution to traditional morals, many Chinese people refer to him as ‘Master’ Zhu. This was an obvious and earned form of respect.

At dawn get up immediately, sprinkle and sweep the hall & porch, so that inside and outside are tidy and clean.

Then go to bed at dusk, and personally close and lock the doors.

With each bowl of gruel or rice you should recall that its production is not easy.

With each half length of silk or hemp, always remember “to make a thing is very hard.”

It is good to prepare before it rains; don’t wait for thirst before you dig a well.

Be frugal in your comforts for yourself, and do not prolong the entertaining of guests.

If utensils are of good quality and clean, then pottery is better than gold or jade.

Drink and food should be simple, and well-prepared garden vegetables are better than precious delicacies.

Do not build a gorgeous house. Do not scheme for choice lands.

The “three types of nuns and six kinds of procurers” are introducers of promiscuity and theft.

When the maids are beautiful and the concubines charming, this is not a blessing in the women’s quarters.

Although ancestors are remote, they may not be worshipped insincerely.

Although children and grandchildren be simple, they must read the Classics.

Personal habits must be simple; children must be taught by righteous methods.

Do not covet wealth beyond what you earn or drink beyond your capacity.

Do not take advantage of a vendor as he carries his wares on a shoulder pole.

On meeting relatives and neighbors who are poor or in distress, show kindness and compassion.

A family founded in meanness will not long prevail.

Among brothers, uncles, and nephews, those with much should help those with little.

Between old and young, women and men, decorum should be strict and speech dignified.

Listening to a wife’s talk and harming one’s own kin: how can this make one a good husband?!

Valuing wealth but slighting parents is unbefitting a son.

In marrying off a daughter choose a good son-in-law; do not demand a heavy brideprice.

In wedding a wife [to your son], seek a virtuous girl; do not count a heavy dowry.

A person who fawns before the rich and noble is most contemptible.

One who is haughty before the poor is mean beyond measure.

A respectable family avoids lawsuits, for lawsuits in the end are evil.

Do not rely on your position to oppress orphans and widows.

Do not so lust after fine food that you needlessly kill cattle and fowl.

Obstinacy and self-approval result in many regrets.

Among the lazy and self-indulgent, it is difficult for a family to succeed.

Associating with evil youths, one must eventually be implicated [in their evil].

To be humble before the people who are older and more experienced will serve in time of trouble.

How is one to know words lightly heard are not other people’s slander? One must be patient and think two or three times.

If you quarrel over something, how do you know it is the other who is wrong? One must rethink things with a calm heart.

Don’t think about your own acts of benevolence; but never forget kindnesses received.

In all things allow spare ground. Having obtained the objective, don’t go further.

When others celebrate happy occasions, do not be envious.

When others suffer misfortunes, do not rejoice.

Good done so people can see it is not a good deed.

To have a lustful heart on seeing a beautiful woman will bring retribution on one’s wife and daughters.

To take secret revenge when one has a grudge will bring disaster upon sons and grandsons.

If a household is harmonious, then although breakfast and supper may be scanty, there will still be great happiness.

If taxes are paid early, then, although one’s purse be light, one will feel great satisfaction.

In study one should aim at [the level of] the saints and worthies, not merely at a degree.

As an official one’s heart should be with one’s lord and country; how can one plan to advance oneself and one’s family?!

Keep in your social position and accept your fate. Follow the times. Obey Heaven.