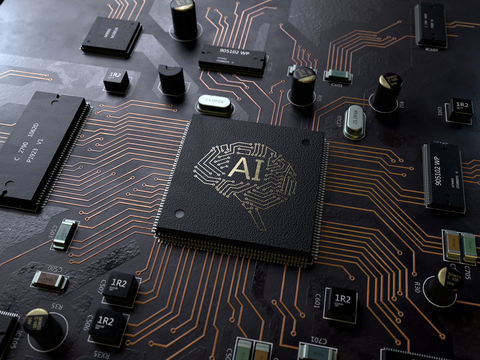 U.S. Officials have told Nvidia Corp, an American multinational chip designer, to halt the exportation of two of the best artificial intelligence chips to China. Chinese companies are very dependent on Nvidia chip technology. The ability to perform tasks like image recognition rest mainly on this technology. The situation shows the increased repressive measures of the U.S. on China’s technological prowess as tensions rise over Taiwan.

Unfortunately, this repressive method has severe repercussions on Nvidia’s business. Within hours, the Nvidia shares dropped by 6.6%.

The firm explains that the restriction applies to its A100 and H100 chips designed to accelerate machine learning activities. They also revealed that the limits could hinder the H100 development, the company’s flagship chip that was recently unveiled.

According to Nvidia, U.S. authorities believe that the new restriction will not only deal with the possibility of the chips being utilized or redirected for military use by the Chinese government but will also ensure the safety of advanced technologies in the future.

In light of this, the U.S. Department of Commerce is also looking intently at China-related policies and practices. According to a Commerce Department spokesman, specifications of the new standards have not been stated. The Artificial Intelligence chips are not ready and cannot be sent to China. However, while they could not set precise policy changes at this time, they were adopting a comprehensive strategy to put new measures associated with technologies, end-uses, and end-users into place to safeguard U.S. national security and foreign policy interests.

The U.S. has been accused of imposing a technical blockade on China by the Chinese Foreign Ministry. According to a spokesman for the Chinese Ministry of Commerce, Shu Jieting, China vehemently opposes the U.S.’s use of export control laws to impose restrictions on the shipment of goods connected to semiconductors to China. This is not the first time the U.S. has restricted the export (or import) of materials to (and from) China.

Specifically, in April 2020, during the government of former President Donald Trump, the United States cut off the supply of semiconductors to Chinese companies. The government also prohibited manufacturers from providing the tech giant Huawei with processors built with American technology without a special license in 2020. Without the American chips, Chinese firms won’t be able to efficiently conduct the developed processing needed for speech and image recognition, among others.

These tasks are common in smartphones that tag photos and respond to queries. But, they can be used in the military to screen digital communications to gather intelligence and search satellite images for weapons; in consumer applications like smartphones that can respond to inquiries and tag photographs, image recognition and natural language processing are prevalent. Additionally, they are employed by the military for tasks like searching satellite pictures for bases or weapons and screening digital communications for intelligence gathering. If companies choose not to purchase other Nvidia goods, Nvidia said it might lose $400 million worth of the chips booked for China this quarter. It stated that it intended to submit applications for regulation exclusions.

According to Stacy Rasgon, a financial analyst at Bernstein, about 10% of data center sales of Nvidia come from China, and the decline in sales was probably tolerable. Nvidia predicted a steep decline in sales for the current quarter last week. It anticipated a 17% decrease in third-quarter sales from the previous year.

Reports also reveal that rival company, Advanced Micro Devices Inc (AMD), is experiencing a decline in shares, recording a decrease of 3.7%. A representative of AMD told Reuters that the company had received additional license requirements that would prevent exporting its “MI250 artificial intelligence chips” to China; however, it did not foresee any impact on its “MI100 chips”. According to AMD, the new regulations would not affect its operations significantly.

On the other hand, plans are being made by Taiwan to develop “democracy chips” alongside the United States. Even without official diplomatic ties, Taiwan has been eager to prove to the United States that it is a trustworthy ally and weapons supplier as a worldwide chip crisis affects consumer electronics and auto production. Taiwan has the largest chipmaker in the world, the Taiwan Semiconductor Manufacturing Co Ltd.

With the problems of the post-pandemic era, Taiwan aims to increase collaboration with the US in the high-tech industry. In a meeting at the presidential office in Taipei, Taiwan President Tsai Ing-wen told the U.S. visiting governor, Doug Ducey, that supply chains can be made more dependable and secure with US-Taiwan cooperation. To protect the interests of their political allies and foster economic wealth, they anticipate cooperatively developing democracy chips with U.S. Governor Ducey, the most recent in a line of American officials to visit, including Speaker of the House Nancy Pelosi in August despite efforts from China to prevent such visits.

The governor said that the United States’s relationship with Taiwan was “the greatest” in the semiconductor sector. Arizona and Taiwan now have greater possibilities for cooperation thanks to Taiwan’s legacy investment. Arizona supports Taiwan and looks forward to capitalizing on the numerous opportunities ahead. Taiwanese F-16 pilots are also trained at Luke Air Force Base in Arizona.

Taiwan and the US will continue strengthening their vital partnership to maintain peace and stability in the Indo-Pacific. However, Beijing continues to claim that Taiwan is its territory despite Taiwan’s claim of sovereignty. Since Pelosi’s visit, China has been conducting military exercises close to Taiwan to vent its indignation at what it perceives as an increased U.S. alliance with Taiwan.

With tensions rising between the United States and China over Taiwan, it would be no surprise that the US might be seeking to use this restriction to gain the upper hand against China, should war break out.