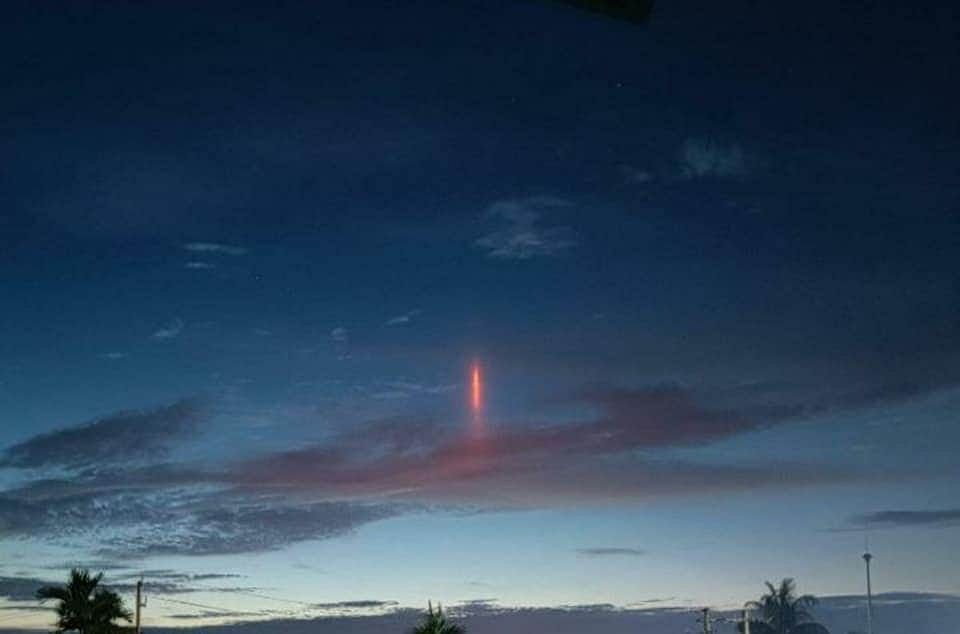 Tinsukia: Hours after dusk, the C/2020 F3 comet aka NEOWISE reportedly caught the attention of residents of Tinsukia in Assam as they witnessed a glimpse of this celestial event with their naked eyes on Saturday.

The social media was buzzing with a message — a red light in the sky — followed by its photo.

NEOWISE, named after NASA’s interstellar object sighting mission – Near Earth Object Wide-field Infrared Survey Explorer, was discovered in March this year and it came closest to Earth at about a distance of about 103 million kilometres on July 22.

What makes the NEOWISE comet a particularly exotic sighting is its age – the comet is believed to contain intergalactic particles that it picked up from its travels across the universe for over 4 billion years, and its approach to Earth – the next time NEOWISE is expected to approach Earth is after another 6,800 years, as per data from USA’s space exploration agency, NASA.

On July 14, the comet was visible an hour before the dawn sky. By month end, it will be visible in the evening before it disappears in August as it enters the outer orbit of our solar system.

According to media reports, Dr Shubhendu Pattnaik, Odisha planetarium’s Deputy Director, said that the comet will be visible for at least 20 minutes for 20 days, and people can observe it with their naked eyes.

He added, “In the evenings to follow, the comet will rapidly climb higher in the sky and will be visible for a longer period.”

The way the comet reacted to its close approach to the Sun made it particularly special. Its proximity to the Sun scorched the outer layers of the comet, because of which the dust, gas and debris started erupting from its icy mass that NASA states is 4.8 km wide. However, the comet has still retain most of its fiery mass, but the forces will likely create an impressive view of fireworks as NEOWISE streaks across the sky.

Clearing the air over speculation, principal of Women’s College Tinsukia, Dr Rajib Bordoloi, who also happens to be an amateur astronomer, said that three things make it clear that this was not Comet NEOWISE. “This includes the direction, colour and absence of a nucleus and a diversing tail,” he said.

“I have been watching the sky for Comet NEOWISE but light pollution due to the Baghjan flare and cloudy cover at times have remained an obstruction,” he added.

Bordolai said, “My impression is that it is a gas trail, which gets condensated due to low temperatures. The red colour seems to be reflection of Baghjan fire.”

The optical illusion is red light pillar, a source added.

Amid all the speculation and confusion, the photos of the red-light phenomenon seen in the skies of Tinsukia have become viral even as an official version on the strange phenomenon is yet to make its way.