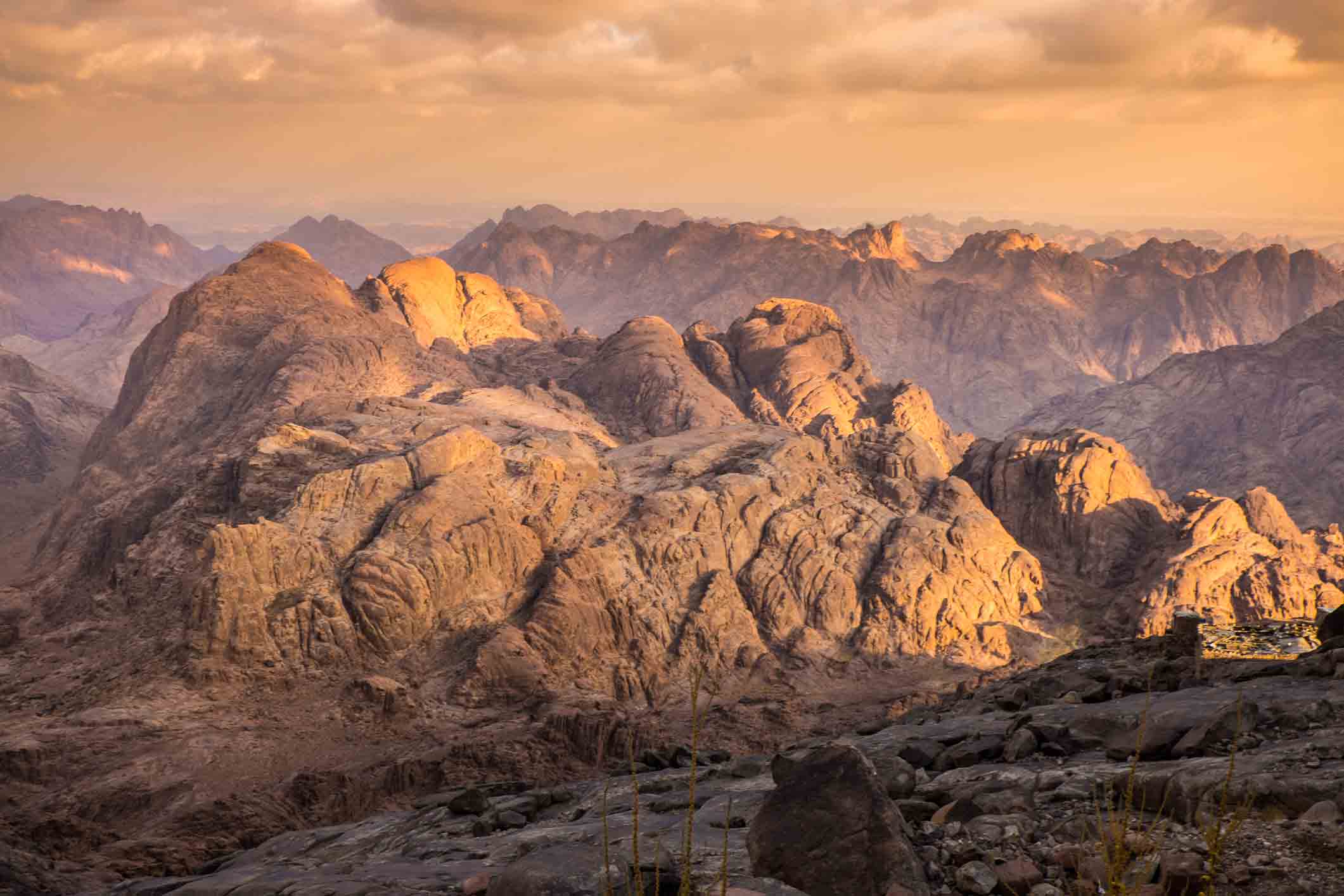 Are you familiar with the story of Moses going up onto Mount Sinai, where God gives him wisdom and power?

Although it is a well-known Bible passage, a large number of individuals have only obtained this knowledge from childhood: Bible school or religious studies. So for those who need some reminding, or for those who have never encountered the story before, this page gives further insight into this historical mountain, what it was then, and the origins of Sinai Monasticism.

Moses was an exceptional child from infancy. At the time of his birth, King Pharaoh had ordered that all newborn Jewish males be murdered, as they were currently enslaved by the Egyptians, but his mother did all she could to spare him. She put him in a basket and sent him down the Nile, where the daughter of Pharaoh himself found him and took him in as her own. This small child was nurtured in the Egyptian dynasty as a prince in what was seen as nothing less than a divine miracle.

Much later in Moses’s life, God came to him in the shape of a burning bush. Initially, he believed the bush was on fire, but the bush continued to stay lit and went unharmed by the fire, showing him there was something divine about this encounter. When he attempted to approach the bush, he heard the voice of God tell him that the area was sacred and that he should remove his shoes before proceeding.

Several years later, after saving the Israelites from the terrible clutches of Pharaoh, God would deliver Moses the Ten Commandments on this same mountain, Mount Sinai, where the bush stood. It is clear that Mount Sinai is a powerful representation of God’s dwelling place.

Mount Sinai’s history stretches back to the third century. Christians of the period were of the Greek-speaking populations. Over time, the deep calm, seclusion, and purity of this location drew monks who desired to pray in the presence of God.

Surprisingly, very little has been damaged throughout the mountain’s history. The unique characteristics of its Roman and Greek past have been meticulously maintained. Christians from all over the globe venerate this sacred site and have visited it as pilgrims for centuries.

In addition to the famed bible story, the St. Catherine’s monastery is situated at the same location. St. Catherine’s Monastery is the only surviving Christian monastery from the sixth century. It is home to the second-largest collection of illuminated manuscripts in the world.

This monastery is known as Saint Catherine’s Abbey. St. Catherine’s birthplace was Alexandria. She had expertise in a variety of fields, including medicine, mathematics, philosophy, music, poetry, and even astronomy. She vehemently and publicly denounced the worship of idlers and was ultimately beheaded for her beliefs. In summary, she was brave about her Christian religion.

The Sinai Monastery is one of Egypt’s must-see destinations. It is located in the south of Sinai. It is a religious institution and one of the most heavily guarded pilgrimage destinations in Sinai. Initially, the only visitors to this location were pilgrims who came to worship at the various shrines, and the local monks served them. However, not everyone who comes here today does so to pray. Some come because they have heard about it and want to satisfy their curiosity, while others come as tourists or academics to examine this fascinating site.

The sacred place is expressly named in the Quran, proving that the Islamic faith is not left out from valuing this holy site. The Sinai legend indicates that Mohammed visited the Sinai monastery. Mount Sinai is a location revered by followers of many different faiths.