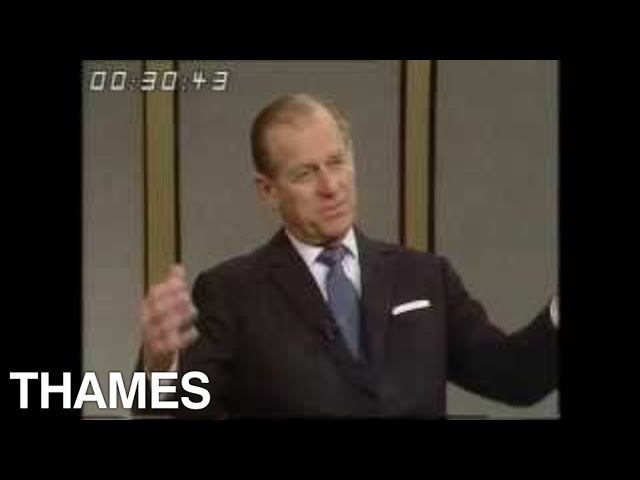 Some fascinating extracts from an interview of His Royal Highness Prince Philip, Duke of Edinburgh. Interviewer Gill Nevill asks the Prince about some of his speeches that have been published, as well as his role in the Royal Family. First transmitted on Thames Television’s ‘Afternoon Plus’ (APlus) in 1984.

Prince Philip, Duke of Edinburgh (born Prince Philip of Greece and Denmark, Greek: Philippos Andreou, later Philip Mountbatten; 10 June 1921 – 9 April 2021), was the husband of Queen Elizabeth II. As such, he served as the consort of the British monarch from Elizabeth’s accession as queen on 6 February 1952 until his death in 2021, making him the longest-serving royal consort in history. (Source: Wikipedia)