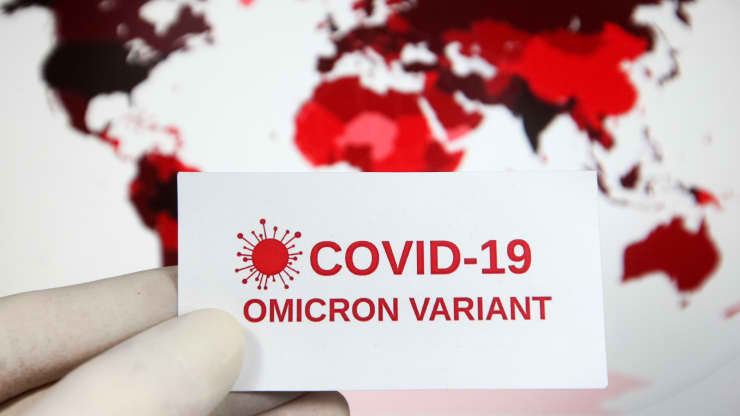 With the Omicron variant of the COVID-19 virus ravaging parts of the globe, data emerging from the countries hit by the virus is keenly watched. The initial trends point to the following facts. First, Omicron is more contagious than the previous variants. In other words, it will spread faster. Second, it is less severe than the earlier waves. Simply put, it will lead to fewer hospitalizations. Finally, it may lead to comparatively fewer deaths.

These findings are based on early data from a few countries. Nevertheless, they have prompted many theories such as Omicron will help us achieve herd immunity. Herd immunity is achieved when enough people in a region are vaccinated or get infected with the disease, thereby acquiring the antibodies. But, how accurate are these claims?

What does the data say?

The Gauteng province in South Africa first reported the Omicron variant on November 9, 2021. According to outbreak.info, a portal that publishes genome sequencing data, Omicron is responsible for all the cases in Gauteng currently.

Data from Gauteng points to the fact that the variant leads to less severe disease than the Delta and Alpha waves. In other words, though the cases are rising faster than the previous variants, the number of hospitalizations and admissions into the intensive care units are relatively much smaller than the Delta wave.

A similar investigation into the number of COVID-19 patients in the United Kingdom who needed ventilators to aid their breathing showed that such critical patients were few and far between during the Omicron wave. Data from the U.K. also indicates that people infected with the Omicron variant are 50% to 70% less likely to be hospitalized than the delta strain.

Why is the Omicron variant milder?

Interestingly, the Omicron variant quickly infects the human body, but once inside the system, it is not efficient enough to cause serious illness. So how does Omicron manage to do this?

Researchers at the Hong Kong University’s faculty of medicine seem to have the answer. A study published on December 15, 2021, argued that the Omicron variant is “70 times faster than the delta variant” while operating in the airways. That is why it can quickly penetrate the human bronchus and infect an individual. The bronchus is the pathway that takes air to the lungs.

However, the study argues that once inside the system, its capacity to penetrate the lung tissue sharply reduces. The report concludes that the Omicron variant is “more than ten times slower” in penetrating the human lung tissue than the original virus. This explains why the infections are faster while the severity is lower than the Delta strain.

Will it lead to herd immunity?

According to Israel’s top medical expert, Omicron could lead to herd immunity sooner.

The data cited above shows that there is some truth to it. Soon the “milder” Omicron variant will displace the deadlier Delta variant as the dominant strain in the world as it spreads faster. That would mean more people will get infected, but fewer will get hospitalized, which is the ideal scenario to achieve herd immunity.

On the other hand, experts feel that even if it is “milder,” Omicron would stress the hospital system of even advanced countries, given the sheer number of cases. However, if such a sudden surge in cases can be handled, then Omicron is indeed a promising outcome in our war against the pandemic.