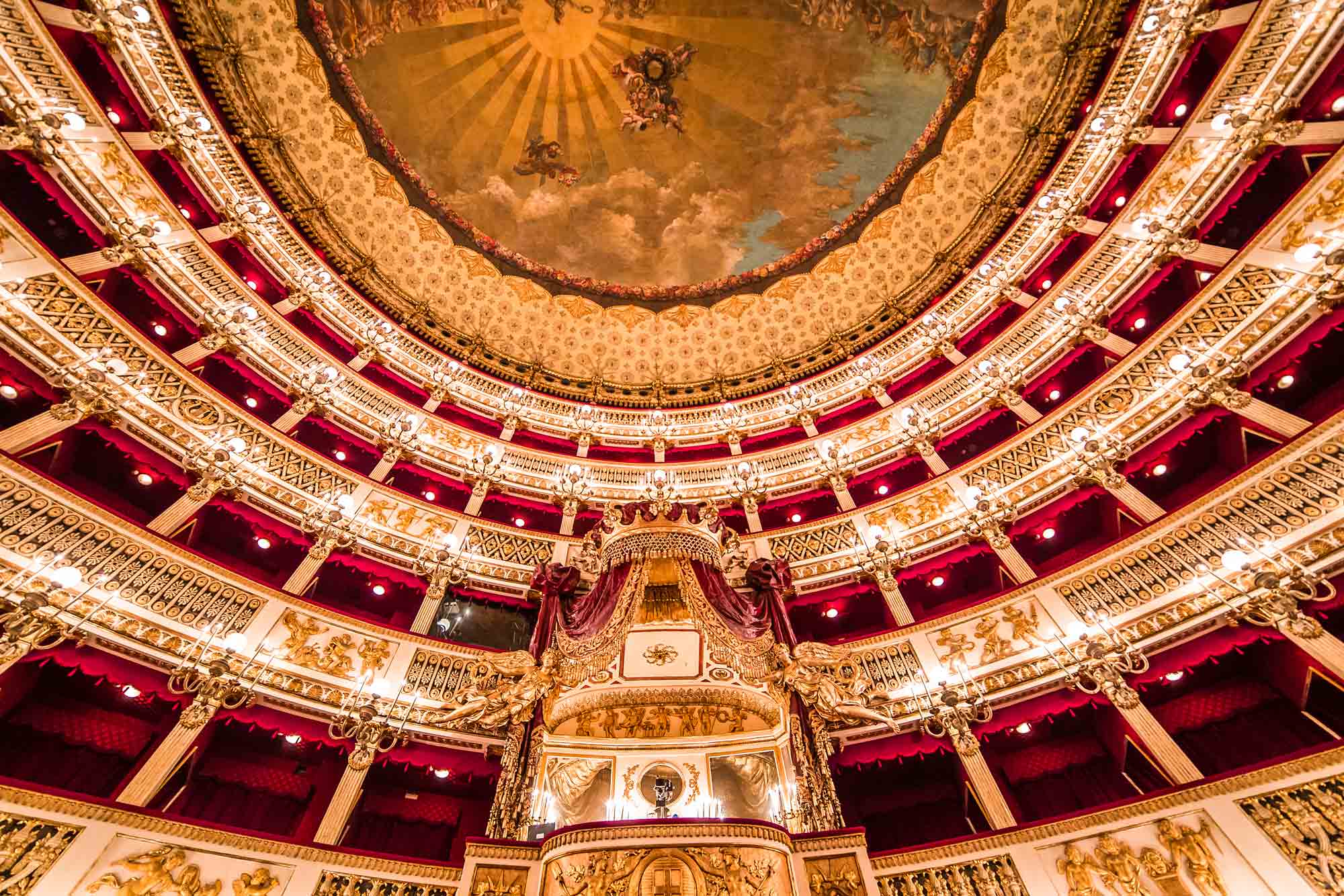 Born in Italy in the 17th century, opera has enchanted the whole world with its mixture of theater, dance and dramatic music, a combination of performing arts that leave all viewers intensely thrilled. The Italian tradition is the original and remains one of the most prestigious and breath-taking operas to witness. For all fans, a visit to one of the historic Italian theaters during the opera season is a must. From the south to the north of Italy, here are three of the most beautiful and venerated theaters in the country.

Let us start with the oldest working opera house in the world. Founded in 1737 under King Charles III of Bourbon, it was built to make Naples a European capital. Named after the king, this temple to lyrical music could originally host 3285 spectators (later reduced to 1386 seats for safety reasons). The theater has hosted some of the most iconic performers of all time, such as opera singers Luciano Pavarotti and Maria Callas, conductor Igor Stravinsky, and dancer Carla Fracci. Over the years, the theater has adopted policies to make opera more widely accessible to the public. During World War II, San Carlo introduced a ‘suspended ticket’ policy, with some spectators leaving an allotted amount of money spent for those who could not afford ticket prices. More recently, as the COVID-19 pandemic forced the opera houses’ doors to close, the San Carlo offered tickets costing 99 cents for online concerts, making opera once again more accessible. The theater has survived fires, wars and pandemics to gift its audiences with some of history’s most famous opera performances.

Named after Giuseppe Verdi – one of Italy’s most famous opera composers and a symbol of the fight for Italian unification – is a stunning example of Neoclassic architecture. Built between 1865 and 1867 as a result of a citizens’ initiative, the opera house is of medium size, hosting 900 seats. Welcoming all visitors are stunning frescos venerating the glory of music and one of Italy’s biggest stages. The Teatro Verdi played a vital role after the tragedy of World War II as a place to find peace and entertainment once again. Thanks to restoration work by Massimo Carmassi in 1989, the frescos are once again full of color and life. Worthy of its name, the Teatro Verdi has a rich program of performances that proudly represent Tuscany and the Italian Opera tradition.

Finally, we have the Nuovo Regio Ducal Teatro Alla Scala (or more simply, La Scala), regarded as the most famous opera house in the world. Another example of neoclassical architecture designed by the finest Italian masters, the theater was first built in 1776. Torn down by a fire, La Scala rose from its ashes and opened its doors once again in 1778. The theater relived the tragedy of a fire in 1943 as World War II was raging, and it was rebuilt once again in 1946. Even after so many fires, La Scala maintains its charming interiors decorated in golden illustrations, crystal chandeliers and red velvet backdrops. The Scala’s stage saw the debut of many composers, Giuseppe Verdi himself included. Recently, the theater’s director has begun a campaign to revive some of history’s forgotten opera performances of the early Italian repertoire, including Francesco Cavalli’s La Calisto. Following its history of reconstructions, innovations and rediscoveries, with its impressive acoustics and performances, La Scala proudly maintains its status as a top opera house globally.