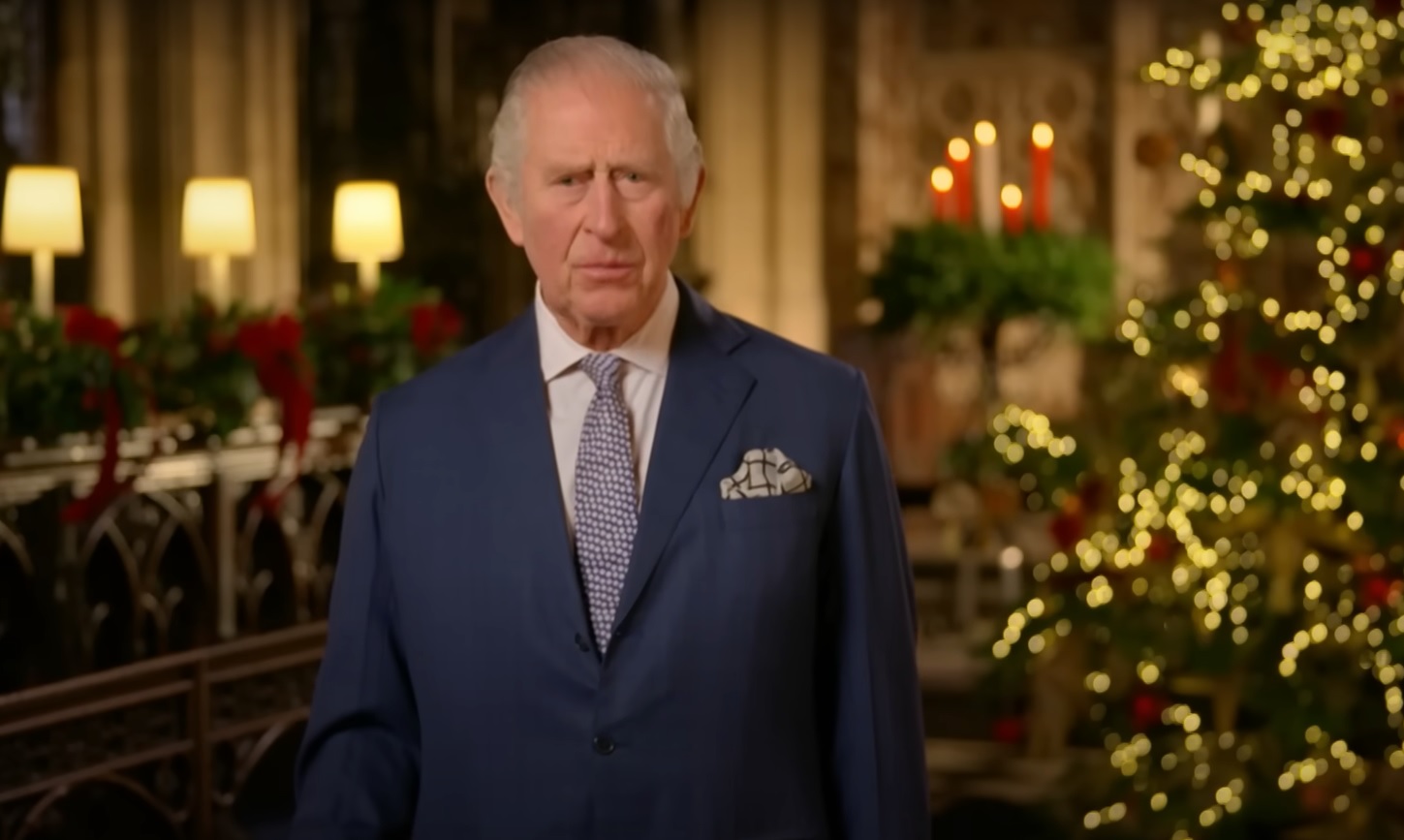 In his first Christmas speech since succession, King Charles extended his gratitude to all who have helped the needy.

“I believe we can find hope for the future”.

According to reports from BBC news, King Charles expressed concern and sympathy for the “great anxiety and hardship” of those struggling to provide the essential human needs for their families.

In a Christmas speech that clearly reflects the appalling cost of living crisis caused by the struggling economy, the newly-crowned monarch acknowledged the efforts of those trying to alleviate the crisis.

He started off his speech by paying tribute to his mother, Queen Elizabeth II, who passed on September 8, 2022, now buried alongside his father. The King expressed his gratitude to the British citizenry for their concern over him and his family during that period.

The late queen, in what was to be her last Christmas speech, spoke of passing the baton to the next generation. Her words have now come through, with King Charles giving the first speech of his reign as British Monarch.

The King pointed out how Christmas brings us to remember our loved ones, including those who are no longer with us.

In the next part of the King’s speech, he stated how his mother’s faith in God has influenced him and society. According to King Charles III,

“It is a belief in the extraordinary ability of each person to touch, with goodness and compassion, the lives of others, and to shine a light in the world around them.

This is the essence of our community and the very foundation of our society.”

He connected the inherent goodness and compassion of humans to the services they render to keep others around them happy and safe. The King expressed his gratitude to the members of the Armed Forces who have worked “tirelessly” to keep everyone safe. He also acknowledged members of the health and social care sector, along with teachers, all dedicated to improving the society. Lastly, he appreciated the charitable donations of individuals and organizations in what he described as a “…time of great anxiety and hardship”. In King Charles’ words according to the BBC:

“And at this time of great anxiety and hardship, be it for those around the world facing conflict, famine or natural disaster, or for those at home finding ways to pay their bills and keep their families fed and warm, we see it in the humanity of people throughout our nations and the Commonwealth who so readily respond to the plight of others.

I particularly want to pay tribute to all those wonderfully kind people who so generously give food or donations, or that most precious commodity of all, their time, to support those around them in greatest need, together with the many charitable organizations which do such extraordinary work in the most difficult circumstances.”

He wraps up the speech by highlighting how Christmas, although a Christian celebration, inspires light that cuts across the boundaries of religion. The monarch also drew attention to the heartfelt solidarity displayed in “churches, synagogues, mosques and gurdwaras”. He also enjoined everyone to use their faith to serve society with true humility as this will bring hope for the future.

Only “working royals” were seen on screen in the King’s broadcast, including the Queen Consort, the Prince and Princess of Wales, the Earl of Wessex and the Princess Royal.

Prince Harry and Meghan, the Duke and Duchess of Sussex, were not mentioned. The Duke of York was also not shown on screen.

At a time of great financial distress, the King’s message focused on supporting those in need. The speech was accompanied with heartwarming images of food banks and donations to the homeless. Buckingham Palace announced that funds donated after the death of the late Queen were being given to a charity helping those unable to pay energy bills.

King Charles’ Christmas speech is another link in the long chain of a 90-year old tradition which began in 1932 with King George V on a radio broadcast. These broadcasts were not televised until 1957. The choir came in at the end of the message, just as they did the previous year, singing the Christmas carol “O Little Town of Bethlehem”.

The King shoulders the heavy responsibility of leading Britain out of the economic and financial quagmire it has found itself in. Three months might well be too short a time to start scrutinizing his reign, which has already seen two prime ministers.