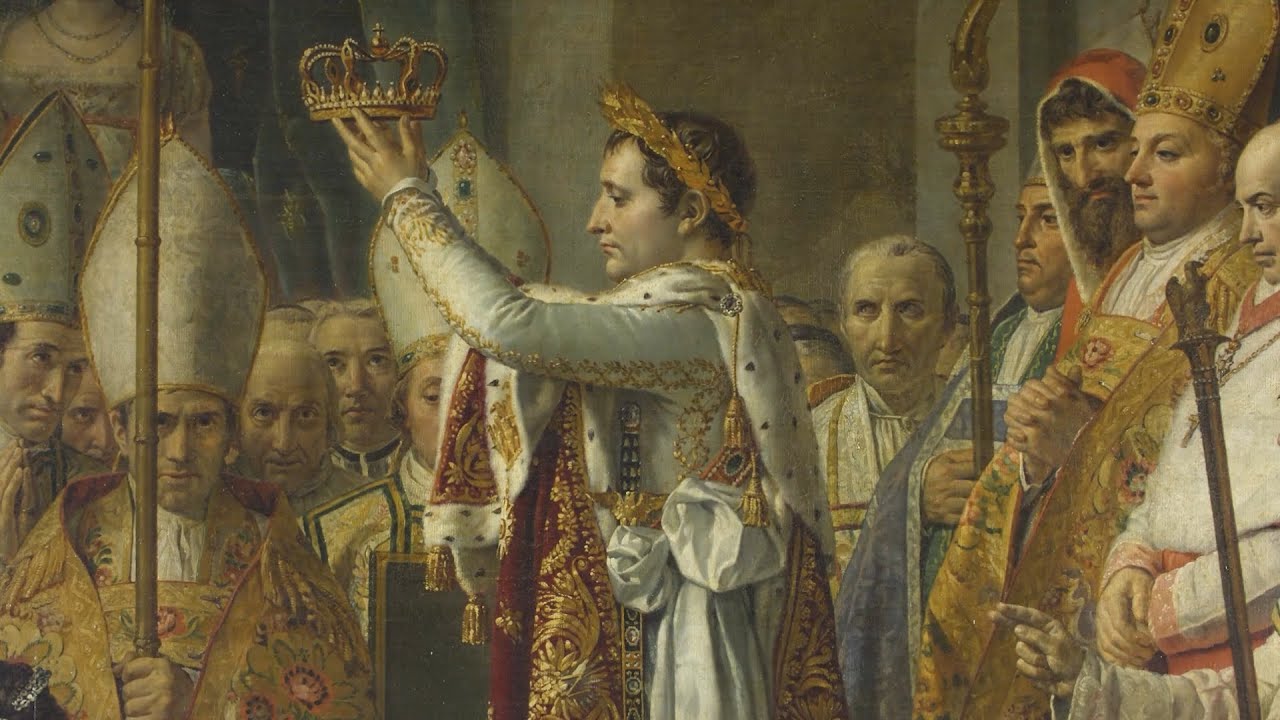 David’s painting shows the ceremony at which Napoleon crowned himself and his wife Emperor and Empress of the French in the presence of his family, the pope and the dignitaries of the empire. To provide spectators with an unobstructed view, the painter placed all of the figures to one side, some of whom were absent from the ceremony and added at the emperor’s order. The realistic depictions of the faces and costumes of the 191 figures in the scene distract attention from the artist’s skilful reconstruction of the event.