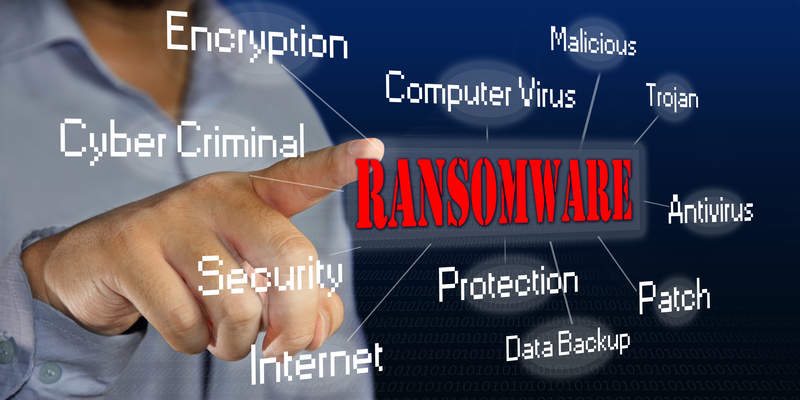 Since the beginning of July 2021, the Russian-linked organization REvil’s ransomware has attacked around one million companies throughout the world and demanded $70 million in cryptocurrency in order for victims to unlock the seized devices or files.

The concept of ransomware is no longer novel now with many households having access to electronic devices. Ransomware is a type of malicious computer software that scrambles and “locks” the files on attacked devices, and victims must pay a certain amount of ransom to retrieve their files, or face their files being publicized or damaged by the hackers.

The first ransomware attack recorded took place in 1989 by the program called AIDS Trojan, created by Joseph Popp. The AIDS Trojan demanded its victims to pay USD $189 to PC Cyborg Corporation to unlock the attacked devices.

Cryptocurrency came to the public’s attention in 2010, having its popular variant, Bitcoin, being publicly released in 2009. Its anonymity, fast transaction time, absence of transaction fee, decentralized regulation, and many other benefits soared Bitcoin stock. Separated Bitcoin from traditional currencies like Euro or US dollar. This virtual coin even more precious than gold now.

These benefits allow Bitcoin users to bypass banks and governmental institutions to trade directly with the buyer or seller. However, it was also caught on the radar of hackers. Ransomware attacks using Bitcoin or other cryptocurrencies surged. Some famous victims of ransomware are: WannaCry, a ransomware that attacked Windows programs, affected hospitals, government institutions, companies, and other organizations in 150 countries in 2017. It demanded its victims to pay, using Bitcoin, to one of three Bitcoin “wallets” to decode the infected devices. In May, 2021, Colonial Pipeline, an oil pipeline system serving the Southeastern United States, faced their network being hijacked; the company paid nearly $5 million worth of Bitcoin in ransom.

Unlike what one might think, Bitcoin’s anonymity is not necessarily the main reason behind it being used by hackers. Being a decentralized currency, Bitcoin is harder to trace than traditional currencies. In addition, Bitcoin transactions can be verified quicker, allowing transferring a large amount of money in a time that is unimaginable if were to be conducted through traditional currencies.

“You now have a possibility to move millions of dollars worth of cryptocurrency across national boundaries in seconds,” said Yonatan Striem-Amit, a security expert and co-founder of Cybereason.

Governmental regulations of cryptocurrency have been debated. A recent popular topic has been whether the government should ban victims of ransomware from paying the ransom in order to prevent the continuous growth of hackers. Objections toward this statement also have strong reasoning. Joseph Blount, CEO of Colonial Pipeline, who had paid near $5 million worth of Bitcoins of ransom to unlock their network, said to the Wall Street Journal that his company’s action could prevent further destruction to the public had their fuel pipelines been more severely damaged. Voices that support the ban argue that, besides stopping the growth of hacker organizations, the paid ransom might be used to finance other terrorist and illegal actions, as well as pushing even higher value for Bitcoin or similar cryptocurrency stock. As of July 2021, Bitcoin stock valued at $33,900.

“Any $ [money] that goes to ransomware creates incentive for more tools and more attacks: our current vicious cycle.” said Bryson Bort, CEO of Scythe, a cybersecurity firm, in a Twitter post.

Many have considered cryptocurrency as the future of the economy. Cryptocurrency does provide our society new perspectives and approaches toward trading and finance, but it is a double-edged sword that can cause chaos among members of the public who are not as knowledgeable about cyber safety if utilized by hackers.

Although one can argue that ransomware can still exist without cryptocurrency, it is undeniable that having cryptocurrency and its benefits, more cyber attacks will take advantage of this opportunity, and they will request for more ransom and attack more people.