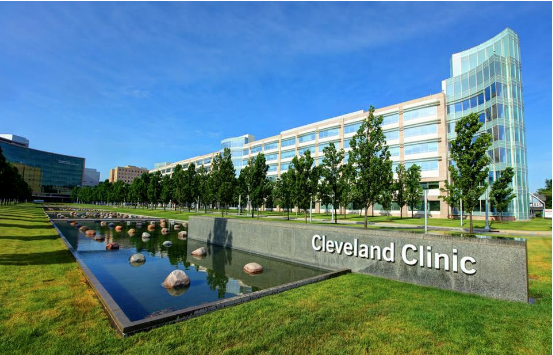 “Great news! Cleveland Clinic study of 52,238 employees shows unvaccinated people who’ve had COVID-19 have no difference in re-infection rate, than people who had COVID-19 and took the vaccine,” tweeted Kentucky Sen. Rand Paul on June 8.

The study he’s referring to was released on June 4 by Ohio’s Cleveland Clinic. It measured variant infections over 5 months, among previously infected people; comparing those who received a vaccine with those who did not. (The 5 month follow-up duration is longer than any of the largest published vaccine effectiveness studies to date.)

Among the 52,238 health system employees participating in the study, 2,579 had been previously infected. Out of those, 1,359 people remained unvaccinated, while the other 1,220 received the Moderna vaccine.

“This study provides direct evidence that vaccination with the best available vaccines does not provide additional protection in previously infected individuals,” concluded the study.

“I, as a recovered COVID patient, will not get a vaccine that is not proven to help me nor proved I even need,” said Sen. Paul, who tested positive back in March 2020.

Sen. Paul has been receiving criticism over his stance. And he’s deciding to stick to logic.
“I choose to follow the science with COVID, rather than submit to fear-mongering,” he said.

In comparison, a survey by People’s Vaccine Alliance in April revealed that viral mutations could render all current COVID-19 vaccines ineffective in a year or less, according to two-thirds of 77 epidemiologists, virologists and infectious disease specialists from 28 countries. .

Another group of researchers from Atlanta and Seattle says establishing long-lived immune memory is essential in the defense against infection.

“Most convalescent COVID-19 patients mount durable antibody, B and T cells specific for SARS-CoV-2, [for] up to 250 days,” said the study.

Since the data is most consistent with the generation of long-lived plasma cells, it refutes the common notion that natural antibody responses to human coronaviruses are short-lived.

Researchers at the University of Arizona Health Sciences University confirmed this phenomenon of lasting immunity.

“We found that every person confirmed to be infected with the virus, even those without any symptoms, have a very good antibody response. They all have antibodies that prevent the virus from infecting cells,” said the doctor.

Deepta Bhattachayra, associate professor of immunobiology at the University of Arizona School of Medicine: “We also found that as long as we can observe, everyone will keep these antibodies,” he added. “Antibodies are a good sign that you are protected,” Dr. McCullough said. “But these t-cell tests are great…this is actually next-generation sequencing. This is the microbiological evidence that you permanently protect.”

Every Friday, the Vaccine Adverse Event Reporting System (VAERS) publishes the vaccine injury report received in the previous week. Between December 14 and April 1, 2020, a total of 56,869 adverse events were reported to VAERS, including 2,342 deaths and 7,971 serious injuries.

“We have seen 100 abortions reported by VAERS,” says Dr. Janci Chunn Lindsay, a toxicologist who has been calling on the US government to stop distributing the COVID-19 vaccine.

“In the mid-1990s, I aided the development of a temporary human contraceptive vaccine which ended up causing unintended autoimmune ovarian destruction and sterility in animal test models, despite efforts against this and sequence analyses that did not predict this,” she told a meeting of the CDC’s Advisory Committee on Immunization Practices (ACIP) in Atlanta. Dr. Lindsay warned that the vaccine may hinder the production of syncytin, which is a key protein for fertility and pregnancy.

“I strongly feel that all the gene therapy [COVID-19] vaccines must be halted immediately due to safety concerns,” she continued. Dr. Lindsay warns that the vaccine may hinder the production of syncytin, which is a key protein for fertility and pregnancy.
“There is a credible reason to believe that the COVID vaccines will cross-react with the syncytin and reproductive proteins in sperm, ova, and placenta, leading to impaired fertility and impaired reproductive and gestational outcomes,” she explained. “We could potentially sterilize an entire generation.”

Dr. David Martin, a business ethicist and former professor at the University of Virginia School of Medicine, said in an interview, “mRNA is not a vaccine. This is a gene therapy originally developed for cancer treatment.”

Martin explains that a vaccination is understood as being treatment with an attenuated or alive virus, or a fragment thereof, meant to prevent or stop the transmitting of an infection.

“This is not only not keeping you from getting sick, it’s making your body produce the thing that makes you sick,” Martin added.

In early May, Doctors for COVID-19 Ethics—a global group of more than 160 doctors and scientists—issued another round of warnings about the COVID-19 vaccines.

“In short, the available evidence and science show that the COVID-19 vaccine Are unnecessary, ineffective and unsafe,” the organization said in an open letter: “Contrary to claims that blood disorders post-vaccination are ‘rare’, many common vaccine side effects (headaches, nausea, vomiting and hematoma-like ‘rashes’ over the body) may indicate thrombosis and other severe abnormalities,” the experts said. “Clotting events currently receiving media attention are likely just the ‘tip of a huge iceberg.’”

The doctors warned against the memory-like phenomenon of immunological priming, which causes the risks of adverse reactions to increase with each re-vaccination and each coronavirus exposure.

“Over time, whether months or years, this renders both vaccination and coronaviruses dangerous to young and healthy age groups, for whom without vaccination COVID-19 poses no substantive risk,” explained Doctors for COVID-19 Ethics. [this is the organization statement, not from an individual doctor]

The COVID-19 vaccines remain experimental and in Phase 3 trials until 2023, meaning recipients are human subjects entitled to free informed consent.

“Just as smoking may and is predicted to cause lung cancer based on basic principles, according to its molecular mechanism of action, all gene-based vaccines may cause blood clotting and bleeding disorders,” the doctors said. “Consistent with this is that this disease has been observed at all ages, leading to the temporary suspension of vaccines around the world.”

Doctors for COVID-19 Ethics was co-founded by Michael Yeadon, former vice president of Pfizer Biopharmaceuticals. Professor Sucharit Bhakdi MD, former chairman of the Institute of Medical Microbiology and Hygiene, Johannes Gutenberg University, Germany, and Dr. Wolfgang Wodarg, former chairman of the Health Committee of the Parliamentary Assembly of the Council of Europe.

The experts, like many others who dare to speak up, are facing heavy scrutiny. Some of their archived letters to the European Medicines Agency have also mysteriously disappeared offline.

Online censorship continues to be felt heavily during the pandemic, with media platforms like Youtube and Facebook suspending or permanently deleting user accounts without warning. New private content sites are springing up as a result, as voices refuse to be silenced.

”YouTube’s ongoing COVID censorship proves they have accumulated too much unaccountable power,” said Sen. Ron Johnson on June 11, after Youtube blocked his account for one week, over his remarks about alternative therapies to treat Covid-19.
Former president Donald Trump is also still banned or restricted from using YouTube, Instagram and Twitter, among other platforms.

“Big Tech and mainstream media believe they are smarter than medical doctors who have devoted their lives to science and use their skills to save lives,” said Johnson in a statement.

“They have decided there is only one medical viewpoint allowed and it is the viewpoint dictated by government agencies,” he continued. “How many lives will be lost as a result? How many lives could have been saved with a free exchange of medical ideas? Government-sanctioned censorship of ideas and speech should concern us all.”