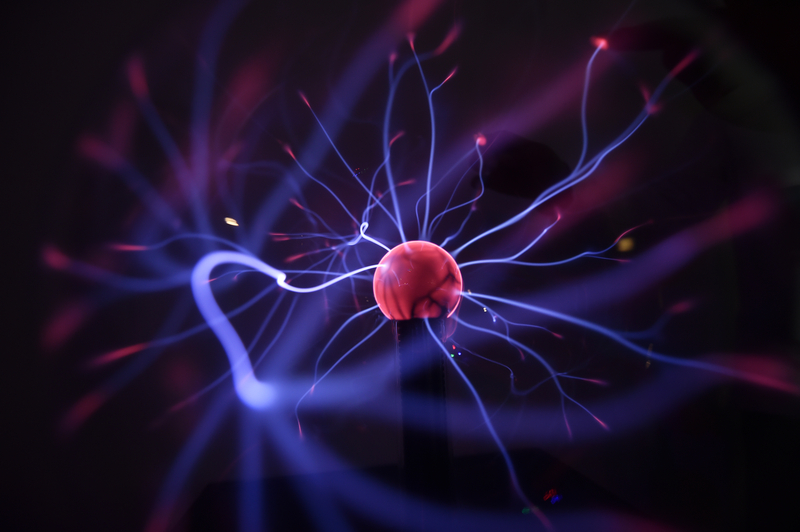 Tesla is a name that resounds through the halls of history; it belongs to a man who lived well beyond his time. Nikola Tesla was a visionary and genius, , always enthusiastic and always on the go. His ingenuity and innovative inventions have offered many people an opportunity for ease and efficiency in daily life.

Described by Iwan Rhys Morus, author of Nikola Tesla and the Electrical Future as the man who gave humanity  “a miraculous future,” Nikola Tesla first took the world by storm after he invented a motor that could run on alternating current, thereby pioneering the AC revolution. Up until this time, electricity was transmitted as direct current, so Nikola Tesla made it possible for electricity to travel long distances and reach the homes and simple appliances of everyday people for the first time.

The story of the young man who electrified the world began on July 10, 1856,in present day Croatia. After growing up and attending school in the Austrian Empire, Tesla  migrated to the United States in search of investors for his newly developed the idea of an induction motor, an idea that would become a reality 31 years later in Tesla’s workshop on 89 Liberty Street, New York.

Famously, Tesla looked up to Thomas Edison as a person and as an inventor. This admiration motivated Tesla’s obsession with electricity. He applied to work with Edison was hired, and started working on direct current innovation with the other inventor. After a while, Tesla shared his idea of alternating current with Edison who saw this as a threat rather than a milestone. It was not unusual for similar divisions to happen between scientists. Many saw the work of invention as showmanship. Men built empires and gained fame and political repute because of their inventions. Many believe that Edison assumed that adopting the young inventor’s idea on AC current would mean an early end for DC current. Because Edison would never let this happen, the duo parted ways. Working solo, Tesla continued to pursue his dream. It was a challenging time for the young inventor who had to take up several jobs before he was recognized by the scientific community and received funding for his ideas..

Despite the rift between Tesla and Edison, historians describe the relationship between the two men as one in which Edison invented the bulb while Tesla turned it on. These two rival pioneers are both responsible for the world as it is now.

In 1888, the young Croatian immigrant shook up the world of electrical engineering when he presented a paper entitled, “A New System of Alternate Current Motors and Transformers” before the American Institute of Electrical Engineering in New York. William Harris explains its significance:

In 1881, Tesla had an inspired idea: What if one were to change the magnetic field in the stator of a dynamo instead of altering the magnetic poles of the rotor? This was a revolutionary concept that turned convention on its head. In a traditional dynamo, the stationary stator provides a constant magnetic field, while a set of rotating windings–the  rotor–turns within that field. Tesla saw that if this arrangement were reversed, the commutator could be eliminated.

This finding was a mind blowing breakthrough for Nikola Tesla. But while many scientists would have remained satisfied with this accomplishment, Tesla was not. The inventor continued to shock the world. He contributed to advancements in radio and broadcasting, even though many of those contributions were highly underrated and have mostly gone unnoticed, even to this day.

He was a man of the future who bore the dream of creating wireless ways to transmit electricity, a phenomenon that many believe might be possible with the invention of 5G networks

According to an article released by The Conversation, “At the height of his career, the pioneering electrical engineer Nikola Tesla became obsessed with an idea. He theorized that electricity could be transmitted wirelessly through the air at long distances – either via a series of strategically positioned towers or hopping across a system of suspended balloons.”

There are also reports that he almost discovered x-rays in 1896.

All around the world, people began to envision a Teslian future filled with the wonders of Tesla’s imagination. In an interview with writer M.K. Wisehart, Tesla said, “Inventing requires imagination. Inventing requires a kind of projection into the future.” The first expression of this Teslian future came with the invention of the world’s first hydroelectric power plant at Niagara Falls. Constructed by the Westinghouse Company in 1895, it was the miraculous manifestation of all the progress Tesla had made with the AC. Later on, another hydroelectric plant was built in Colorado Springs using these same Teslian principles.

Like many geniuses, Tesla was a strange man. His ideas and lifestyle often confused people. Perhaps influenced by sci-fi stories, Nikola Tesla dreamt of creating the world’s first “humanitarian death ray” to end World War 2. He also claimed he heard the voices of aliens communicating with him over the radio.

Some of his lifestyle practices included the following:

Perhaps due to Tesla’s quirks and  vision for the future, he bore a nonchalant attitude towards his finances. Unfortunately, this contributed to his misfortunes at the end of his life. He was broke and lived a lonely existence. He avoided human interaction and kept only a pigeon as a companion. While many thought the end had come to the great inventor, the internet gave him a different ending, immortalizing him in the minds of so many.

Adrian Cheok, Director of the Imagineering Institute, Malaysia, and Full Professor at i-University Tokyo, describes Tesla as one of the most fascinating prototype inventors. “I have been working on a death ray for about ten years,” Cheok stated. “This is dedicated to Nikola Tesla, wanting to finish his work. All we know is his paper plans. You really have to spend a lot of time studying them and then trying to figure out how to convert it into a working model,” he said.

In the words of the inventor himself, “Let the future tell the truth, and evaluate each one according to his work and accomplishments. The present is theirs; the future, for which I worked, is mine.”