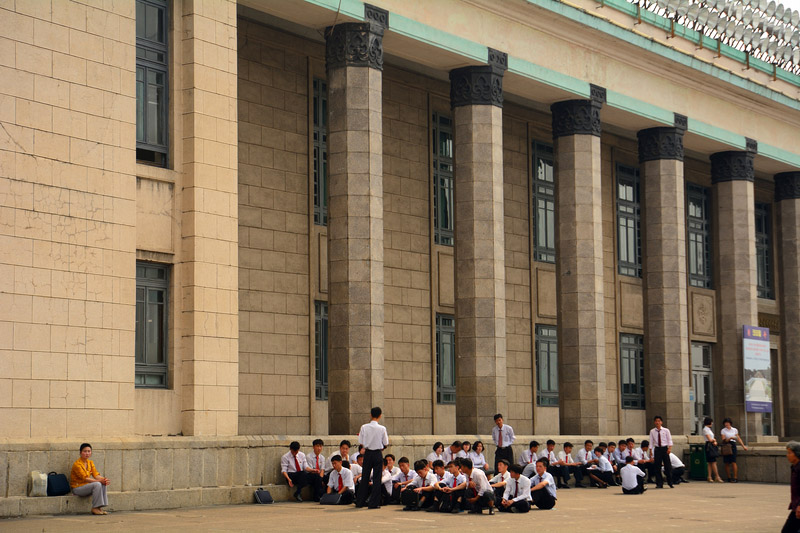 In July, North Korea turned down some vaccine offers from foreign countries, including around two million doses of AstraZeneca vaccines that were planned to be shipped to North Korea in May. Due to concerns over its side effects, according to Reuters. AstraZeneca vaccines were provided by the Covid-19 Vaccines Global Access initiative, or the COVAX initiative, an international scheme backed by the UN that aims to provide Covid-19 vaccines for low-income countries.

Since the beginning of the pandemic, North Korea has been practicing strict quarantine orders and border closure policies amid worsening economic and food conditions, according to The Associated Press. North Korea closed its borders in January and paused many businesses with China, which makes up nine-tenths of N. Korea’s external trade; officials in Pyongyang have all been quarantined for a month, reported The New York Times. What also attracts North Korea to foreign attention is that it has reported zero cases of Covid-19.

Because of years of limited foreign interaction, N. Korea has a comparatively less effective public health system to combat massive virus outbreaks. According to research published in the peer-reviewed academic journal Conflict and Health, researchers conclude that “there are large disparities in health and access to healthcare in North Korea.”

“You can see immediately what’s going to happen if you get a surge of Covid-19 patients streaming in.” said Dr. Kee B. Park, who is a lecturer at Harvard Medical School and has led collaboration between the U.S. and North Korean doctors on multiple occasions, according to The New York Times.

Park believes that North Korea may have cases, but Covid-19 tests have simply failed to detect them. However, those ‘undetectable’ might not just be surrounding North Korea, cases in China, for example, where Covid-19 originated, are down to a 7-day average of less than 40 for the largest population on Earth.

After turning down two million AstraZeneca vaccines, researchers believe that North Korea might try to gain vaccines from China or Russia, according to The Associated Press. Even if North Korea had accepted the two million vaccines, these vaccines could only vaccinate 950,000 people, about 7.3% of N. Korea’s 26 million people.