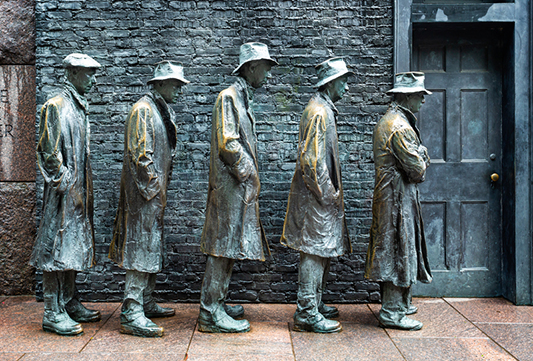 Since the beginning of 2021, the US economy experiencing higher inflation rates with terrible dips in manufacturing output, lack of labor, increased demands and shortage of resources, the economy faced an inevitable reality, an inflation seemed almost impossible.

A Brief Look At What U.S. Economy Has Been Like Recently

Former president Obama was elected in the midst of an economic crisis. The economy was in really bad shape experiencing a dangerous all-time low. Unfortunately, his 8-year administration was not able to see the economy out of this crisis. Instead, his administration produced one of the slowest recoveries from recession in US history- maybe because the thousands of regulations imposed on the American public that did more harm than good.

“U.S. families’ income and wealth rose in the years heading into the coronavirus pandemic, the Federal Reserve said in a report. As property and stock prices increased, households’ median net worth, or wealth, rose 18% to $121,700 from 2016 to 2019.”

“Median household income—the level at which half are above and half are below—rose 5% to $58,600, before taxes and adjusted for inflation. The rise in incomes came as the economy grew 2.5% a year on average, inflation remained low and the unemployment rate fell.” ~The Wall Street Journal

This steady economic shift towards prosperity affected Americans across all walks of life. There was a 2%-point decline in unemployment among Blacks and 2.2% among Asians.

According to the Journal, “While the median net worth of white, non-Hispanic households rose 3% from 2016 to 2019, the wealth of Black households and Hispanic or Latino households increased at much faster paces: 33% and 65%, respectively.”

However, with the event of the Pandemic, many unprecedented declines came to both the US economy and the global economy at large The IMF (International Monetary Fund) estimates that the global economy shrunk by 4.4% in 2020, calling the decline the worst since the Great Depression of the 1930s.

The Effect of The Virus on The Economy

1. Unemployment and Businesses.
National Unemployment rates climbed to 14.8% in April 2020. This was the highest peak since the Great Depression and with the lockdowns, many businesses ran at a loss and many went bankrupt. The Federal Reserve estimated in December 2020 that the unemployment rate averaged 6.7%.

3. Interest Rate: The government in response to economic crisis and in a bid to salvage it, lowered the target range for interest rates. It went from a range of between 1.00% and 1.25% to a range of between 0% to 0.25%. Some of the positive effects of this was on the housing market.

5. Oil Price Collapse Global: Oil prices started strong in 2020, averaging $64 per barrel in January. In April, oil prices plummeted to $19 per barrel globally and -$37 per barrel in the U.S.27 Prices then recovered later in the year, but never regained their January high.

6. The US is set to run an up to $3.3 Trillion Federal Budget Deficit by the end of this year. This is largely due to the many projects undertook during the pandemic in order to prevent more losses. This includes the CARES Act and the several billions invested in the development of the COVID-19 vaccines.

The effects of the pandemic are far from over, as the economy now experiences an almost 5% inflation rate. Regardless of this, the Biden Administration forges forward to ensure that the American people return to their ‘pre-pandemic lives’ by proposing and working on a number of programs.

While many facts are being straightened out in congress, no definite direction as been provided as to how exactly the government plans to solve these inflation crises. However, some officials are optimistic that there will be a progressive reduction in the inflation rate by the end of the year.