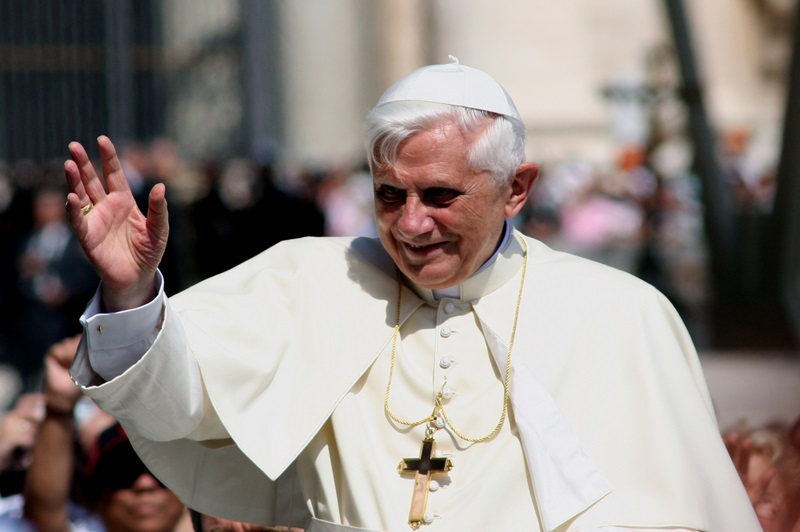 Pope Emeritus Benedict XVI has a long and distinguished career as one of the foremost theologians in the Roman Catholic Church. Despite his many successes and honors, Benedict will always be remembered as the first pope in 600 years to resign.

Prior to becoming pope, former German Cardinal Joseph Ratzinger served as the Vatican’s doctrinal inspector. Then, after being elected pope in 2005, he maintained St. John Paul II’s conservative route by delivering intellectually difficult sermons in which he condemned the world’s seeming belief that it could function without God.

On Saturday, Benedict passed away at the age of 95. During his almost 25-year tenure as prefect of the Congregation for the Doctrine of the Faith, Ratzinger gained a reputation for punishing erroneous theologians, notably those who advocated the Liberation Theology prominent in Latin America during the 1970s and 1980s.

As John Paul’s right-hand man in theological issues, Ratzinger penned writings strengthening church doctrine against homosexuality, abortion, and euthanasia, and declaring that salvation is available only via the Catholic Church.

But Ratzinger was also responsible for one of the most significant internal changes at the Vatican: demanding that all complaints of clerical sex abuse be processed through his office. The reform in 2001 was a reaction to accumulating evidence that bishops were relocating clergy abusers instead of disciplining them.

Ratzinger entered the 2005 conclave as the frontrunner after John Paul’s death, and he was chosen on the fourth round of voting when the runner-up, Argentine Cardinal Jorge Mario Bergoglio — the future Pope Francis — withdrew.

Benedict had large shoes to fill, so he endeavored to remind Europe of its Christian heritage while also pursuing better relations with China and the Orthodox Church.

His eight-year papacy, however, was tarnished by a succession of communications mistakes, missteps, and scandals, culminating in a Vatican criminal prosecution of his former butler, who was accused of leaking his private letters to a journalist.

Benedict emphasized outreach to Jews a defining characteristic of his papacy, and one of his most major gestures was a comprehensive exoneration of the Jewish people for Christ’s killing.

However, Francis infuriated Jewish organizations when he rehabilitated a bishop who denied the Holocaust, a controversy he claimed might have been prevented if someone at the Vatican had performed a basic internet check on the bishop’s name.

Relationships between Benedict and Muslims were increasingly strained. In a 2006 address in Regensburg, Germany, he cited a Byzantine ruler who described portions of the Prophet Muhammad’s teachings as “evil and horrible,” namely his mandate to propagate the religion “by the sword.”

Following the killing of Christians in Egypt, Al Azhar, the hub of Sunni Muslim scholarship in Cairo, severed links with the Vatican, which were only restored under Pope Francis.

Benedict picked a Vatican vacation and a regular audience with his cardinals on February 11, 2013 to make the historic announcement in Latin that he would become the first pope to retire since Gregory XII in 1415.

While the decision surprised the world, Benedict had been contemplating it for months. A nocturnal fall on a trip to Mexico in 2012 convinced him that he could no longer keep up with the arduous, globe-trotting duties of the papacy in the twenty-first century.

Benedict informed the cardinals that, due to his advanced age, he no longer had the essential “intellectual and physical power” for the position and was voluntarily renouncing his papal office.

He departed the Vatican via helicopter on February 28, 2013, and spent his first months of retirement in the papal summer resort at Castel Gandolfo, south of Rome. Benedict mostly stayed true to his pledge that he would spend his whole life “hidden from the public” at the converted monastery in the Vatican gardens, praying and meditating.

However, he remained a reference point for traditionalists who yearned for his conservative pontificate. And his few public remarks as “pope emeritus” prompted demands for rules for future retiring popes to minimize misunderstanding about who was in authority.

The most embarrassing episode was his involvement in a 2020 book advocating protecting Catholic priests’ celibacy. It was released at precisely the time when Pope Francis was debating whether to reduce celibacy requirements in the Amazon to alleviate the priest shortage. Francis effectively fired Benedict’s longstanding secretary as a consequence of the subsequent controversy.