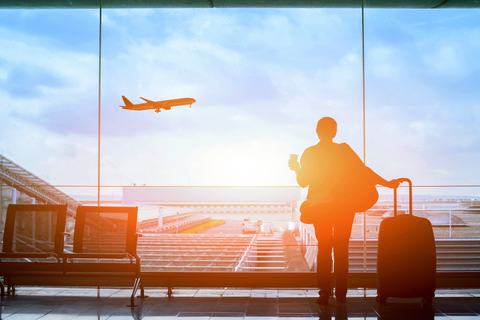 In the era of the Covid-19 pandemic, the Russia-Ukraine war, and record-high inflation, the world has been forced to slow down, drastically, on more than one occasion, in the last two years. Several sectors of society felt the impact, causing a ripple effect that’s still being experienced as governments try to regain stability. Air travel was in no way spared with airlines reporting a 60% and 49% decline in passengers for 2020 and 2021, respectively. 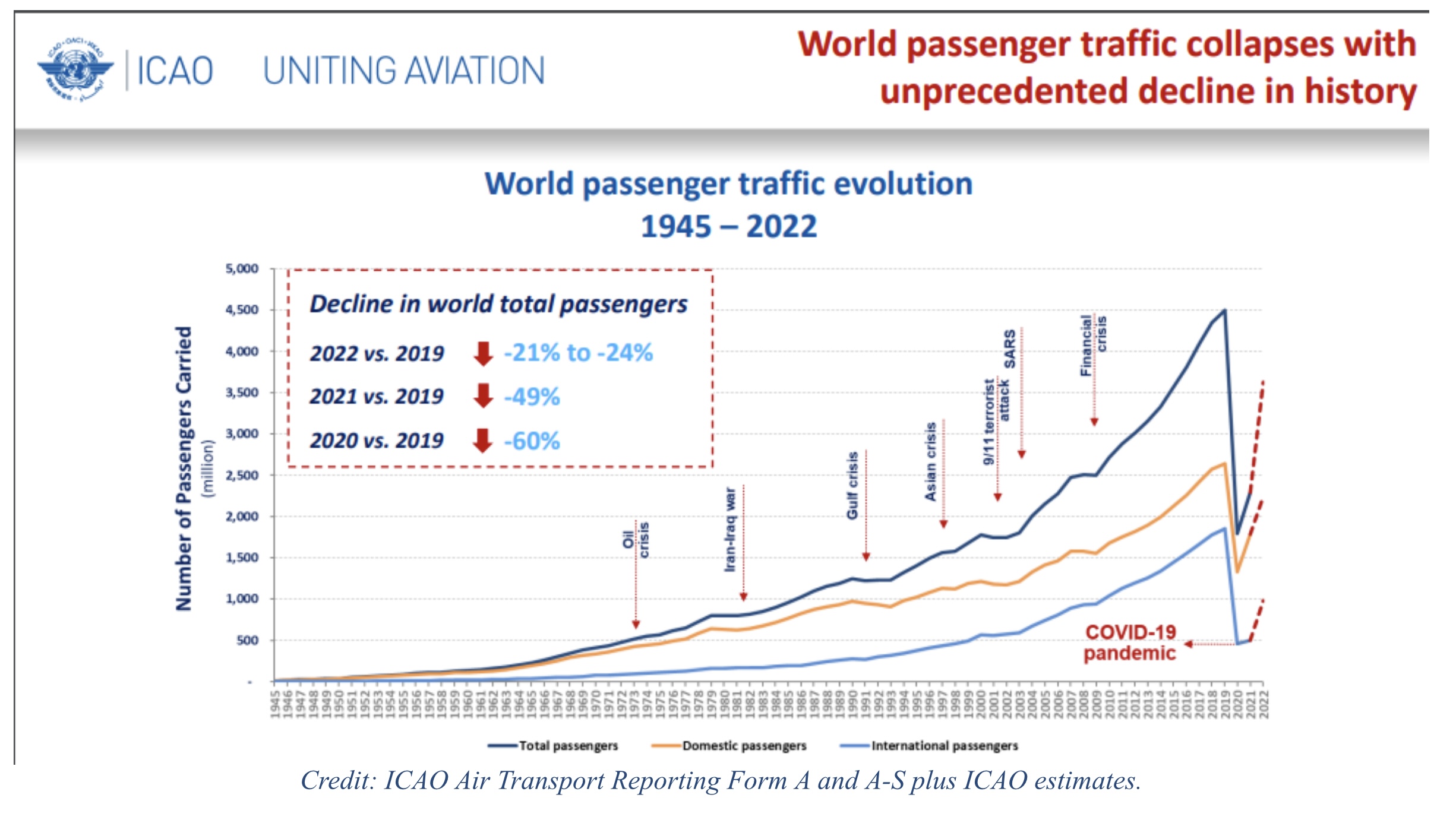 The emergence of new Covid-19 variants, nationwide lockdowns, and international border restrictions kept airports fairly vacant, and thus, the usual yearly vacation travel for some was out of the question with business-focused bookings also on the downturn.

According to the International Civil Aviation Organization, an approximate loss of USD372 billion in passenger revenue was reported by airlines in 2020. In 2021, there was a reported loss of USD324 billion. However, despite the slight improvement, in comparison with 2019’s revenue of USD$607 billion—prior to the pandemic—the effect is clear and staggering. 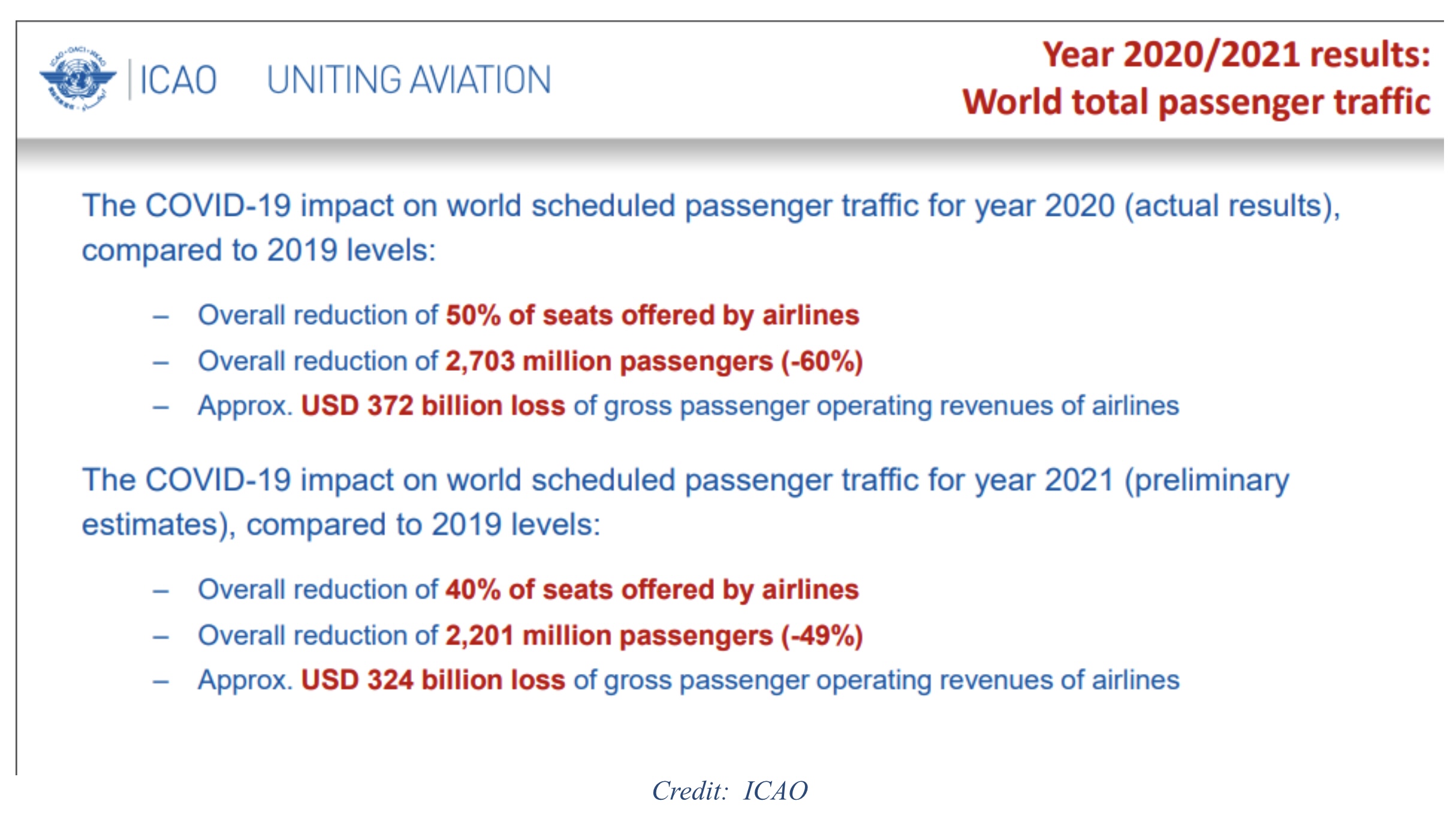 Since the pandemic, domestic travel has been the preferred option worldwide, while international travel has barely been able to surpass what it was in 2019. In reference to the International Air Transport Association, international passenger demand saw a 75.5% decline with domestic demand down by only 28.2%.

These findings support the notion that people desire to travel internationally but many are discouraged from doing so by the state of the global economy and the personal disadvantage it has on their lives. 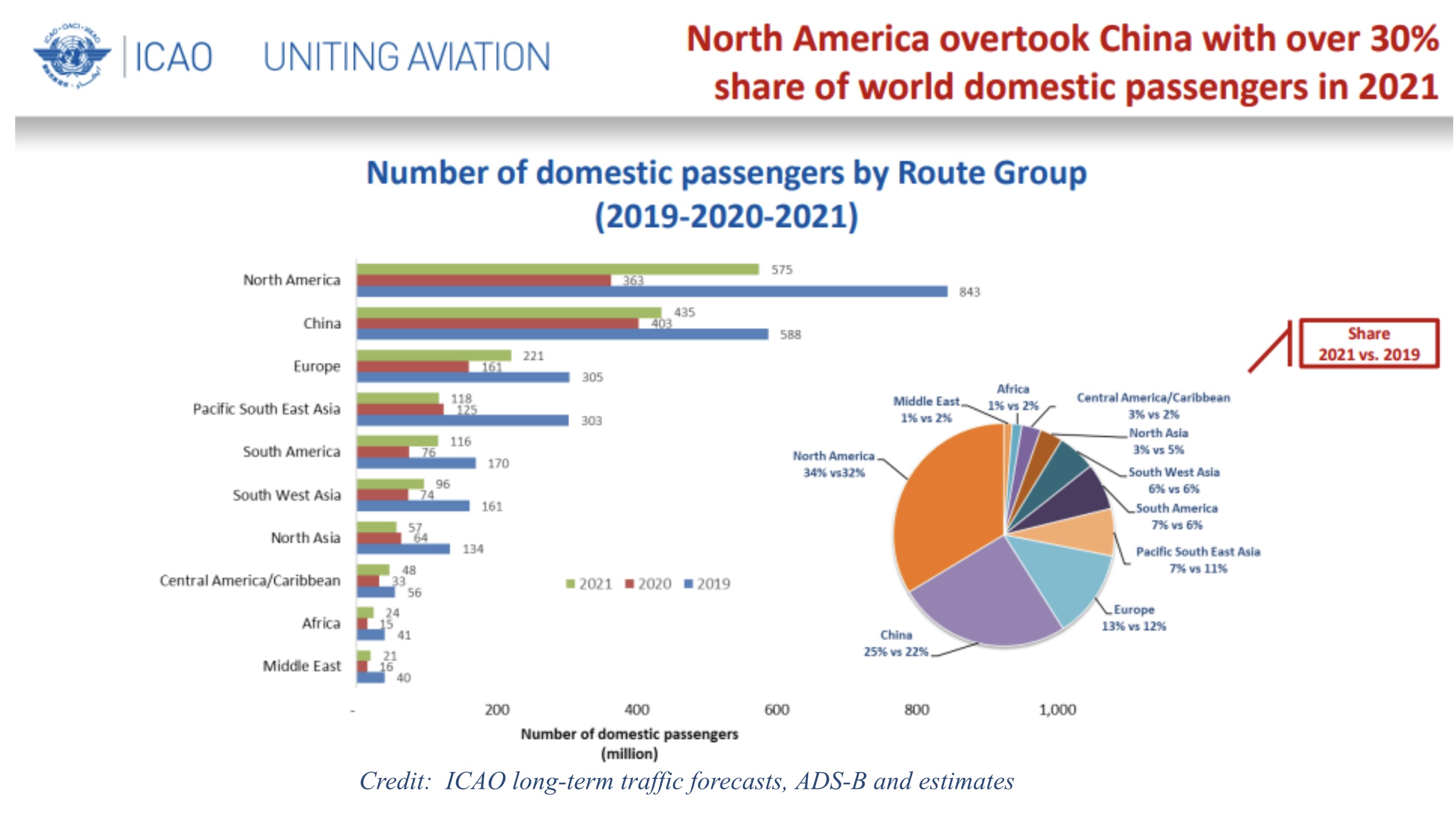 A rebound for the aviation sector seemed promising in 2022 as the Omicron variant began to wane. But in doing so, a residual impact was left behind in the form of sky-high inflation as the world’s economy struggled to find its footing fast. 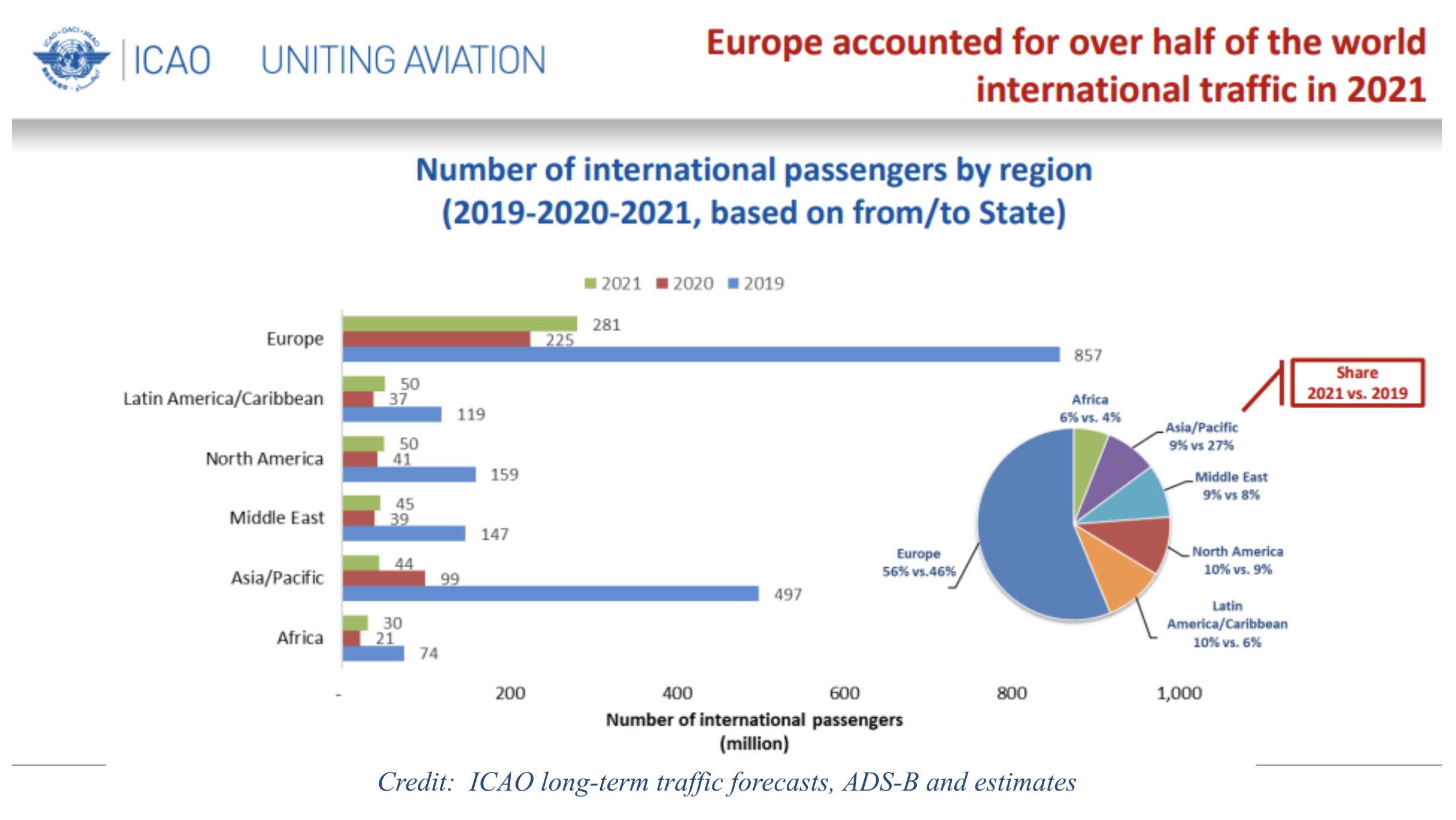 The United Nations has projected that global inflation will be more than two times its percentage in 2019; a shocking leap from 2.9% to 6.7% with partial culpability also to be shared with the Russia-Ukraine war which drove fuel prices through the roof.

As of June 2022, fuel per barrel saw an increase from USD78 to USD$138.3 and airline ticket prices have risen by an average of 25%. Consequently, at least 60% of Americans plan to forego a summer vacation—a stark contrast with the 82% who traveled in 2021. What makes this finding even more interesting is that up to March 2022, at least 70% had declared travel plans. Now, with purchasing power experiencing a historic downswing, setting things in stone proves to be a difficult task.