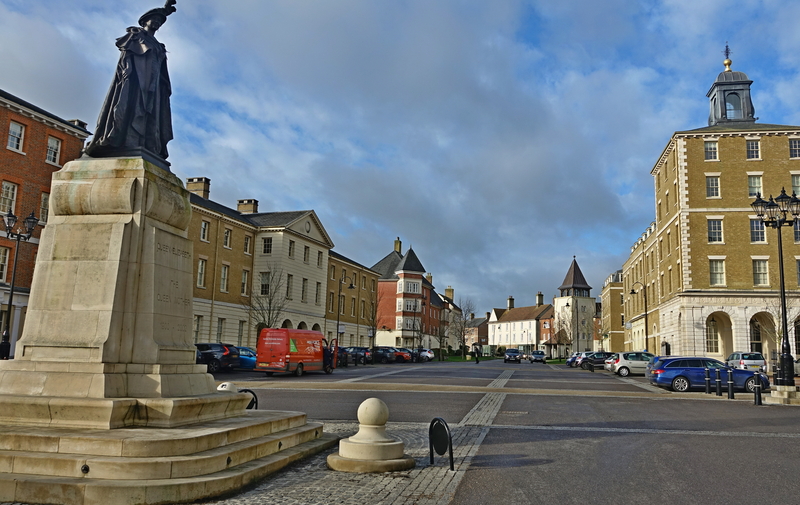 The Prince of Wales has a big vision for how a city should be planed. Charles, the heir to the British throne, and eldest son of Queen Elizabeth has always disagreed with the existing model used to develop large cities and is ready to develop his own.

Prince Charles is an ardent believer in a car-less society. He is also against the concept of zoning, the method by which a city is divided into sections, each meant for a specific purpose.

To realize his vision for how a city could be, the town of Poundbury was born. A Royal experiment on the outskirts of Dorchester in the county of Dorset, England, the town is still a work in progress and will be completed by 2025. The town was built based on Prince Charle’s principles, found in his book “A Vision of Britain”.

The central idea of this new kind of town is to have the places of work, residence, shopping, and recreation closely knit together so that car usage can be reduced. This is in opposition with how most other cities are zoned – with  the industrial and commercial spaces separated from the residential complexes. Poundbury is attempting a more integrated approach by getting rid of zoning completely. .

The idea of Poundbury is to make sure that integrated, affordable housing is not all that  different from private homes. The city planners are being asked to keep  in mind that the final outcome should reflect local character and identity.

As per the latest statistics, Poundbury is home to approximately 4,000 people and provides employment for about 2,500 of them.

According to a study, in 2018, Poundbury increased the local Gross Value Added by £98 million per annum. By 2025, it is expected to have increased GVA by £236 million and provided 4,950 person-years of employment.

Built-in bird boxes spread across the town, attracting many birds from afar. Each house has been instructed to have one mandatorily. The inhabitants must  limit their plastic usage as well. The grocers and meat sellers are asked to encourage customers to bring their own containers as plastic bags are highly discouraged .

Many new technologies ranging from solar-powered homes to electric car charging points across the town have transformed the town  into a green area with very low pollution levels.