Home News Commentary Raising a Tiger Outside, Creating Danger inside 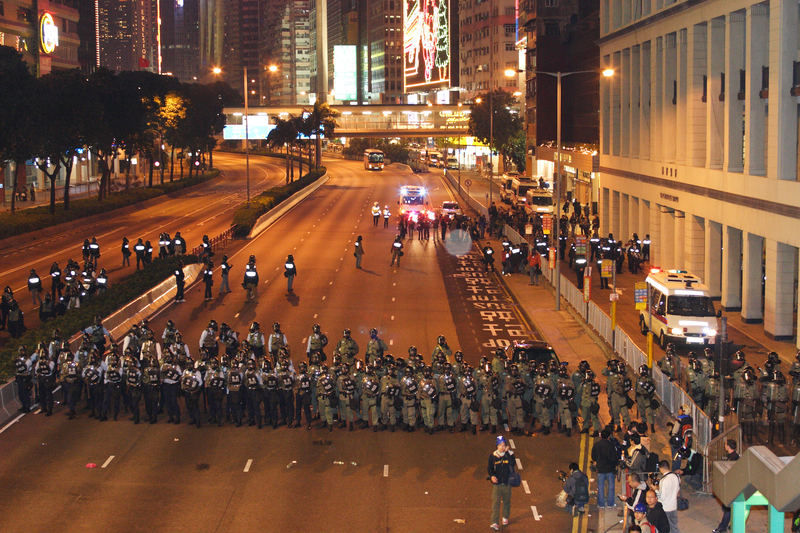 Anti-globalization protesters in Hong Kong began a series of demonstrations on Dec 11, 2005, to denounce this week's World Trade Organization (WTO) meeting. Some 10,000 anti-globalization protesters turned up, including groups of South Korean farmers. Supporters of the talks say a trade deal may generate billions of dollars in benefits and possibly lift millions out of poverty, but many opponents say it would largely benefit rich nations at the expense of developing countries.(Photo: Mike K./ Dreamstime.com)
By Christabel Akerele December 25, 2021 4:50 am PST
Facebook
Twitter
SHARE
Facebook
Twitter

In less than 20 years, China has gone from being just the most populous nation in the world to becoming the world’s Industry Superpower. It has succeeded in quadrupling its GDP, with recorded growth rates of as much as 15% annually and has almost eradicated extreme poverty amongst its citizens, creating a new class of wealthy citizens that never existed in the lands governed by communists. All of these are without doubt great feats but it makes one ask, how? How was this achieved in such a short time?

How does a country whose major supply to world economy growth was the production of plastic doodads and cheap tat become the 2nd strongest determinant of the world economy in less than 2 decades?

Well, the story begins exactly two months after 9/11. The dusk of the attack on American soil was beginning to settle and the economy was far from returning to what it was. With so much uncertainty, the U.S was in great need of a solution of what the future would hold. It was during this time that on December 11 China was officially admitted in the World Trade Union. Even though this was a big deal, a lot of people were unaware. The world’s superpower state had been penetrated and this questioned the ability of other states to protect their citizens and assets.

Reports, however, reveal that the US was heavily involved in getting China on board in the World Trade Union.
Even though one could perceive this as a geopolitical attempt to take advantage of China’s brooding capabilities to help restore America’s, the move ended up providing China with the right environment it needed for growth, a solid collaboration with Western superpowers.

America at the onset of this process considered the idea that the speedy development of a state in which the innovative capacity of the people to find full expression can only be found in a system of true democracy, where the power belongs with the people. Or like former President Clinton, who lobbied hard for China’s legitimacy in the world stage, said, ‘When individuals have the power not just to dream, but to realize their dreams, they will demand a greater say…’ In other words, economic freedom will produce political freedom.

This theory was proven wrong again with China and maybe for the first time in human history it proved obsolete. China eventually led the world into believing that an innovative society can thrive even in the midst of political control.

And here is how China accomplished this external status quo:

What This Means for The West…

In 2018 former President Donald Trump began the ‘Trade Wars’ with China, imposing tariffs of about $360 billion of Chinese imports. However, at this time it was too late to try to keep China under control. By that time, the U.S. economy was overly intertwined with China after Trump’s predecessors’ twenty-year sleeping policy on China. Economic Professor at Syracuse University, Mary Lovely, has rightly said, ‘China is too big and too important to the world economy to think that you can cut it out like a paper doll.’

Inadvertently, this superpower forged in the desperation of the US government, which is undergoing furious internal struggle at the moment, is here to stay.

The next big question America has to answer now is, how do we live with it?