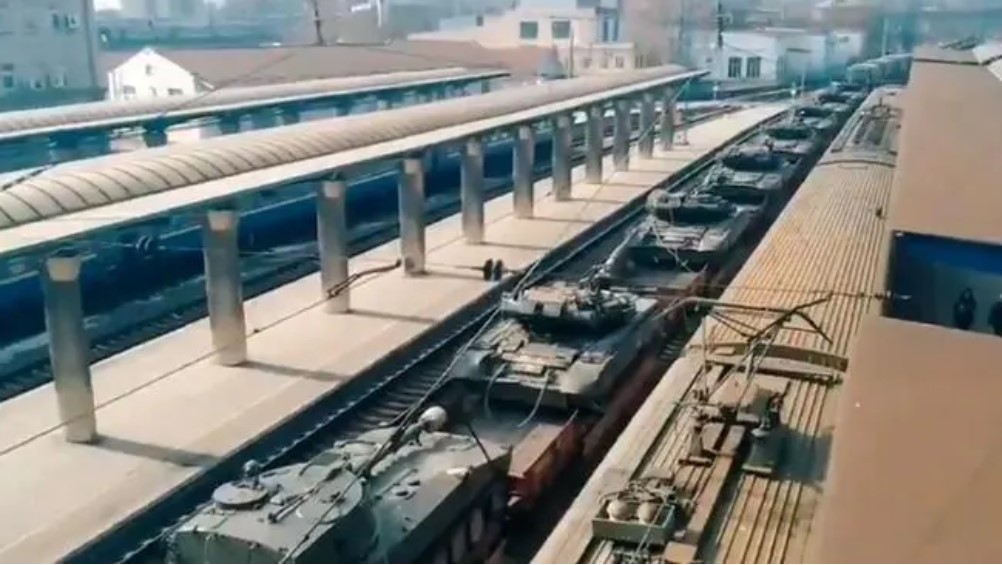 Since the 2014 conflict in which Russia annexed the Crimean region from Ukraine, Russian forces have been spotted mobilizing near the eastern Donbass region of Ukraine. Videos have surfaced of Russian military convoys consisting of tanks, artillery, armored-personnel carriers, and supply trucks heading towards the Ukraine-Russia border en-mass, alarming NATO and the European Union who are monitoring the situation closely.In an interview with Rosbalt news in Russia, defense analyst Pavel Felgenhauer stated of the situation, “The crisis has the potential to escalate into a pan-European war, if not even a world one.”The military build-up comes at the heels of growing tensions between Russia, Ukraine and the West. The arrest of Kremlin critic Alexei Navalny, the shutdown of pro-Russian TV channels in Ukraine, and the Biden Administration in the United States taking a harsh diplomatic stance towards Putin in recent weeks with Biden calling Putin a “killer” point to the region becoming a flash-point for conflict.

The 2014 Russia-Ukraine skirmish came at the heels of agreements made between the United States and Ukraine to open its Olesky deposit to American oil companies such as Exxon Mobile, Chevron, and Shell. The Olesky deposit is estimated to hold over 2.98 trillion cubic meters of oil. This agreement irked Russian gas company Gazprom and sought to thwart their monopoly in the region.